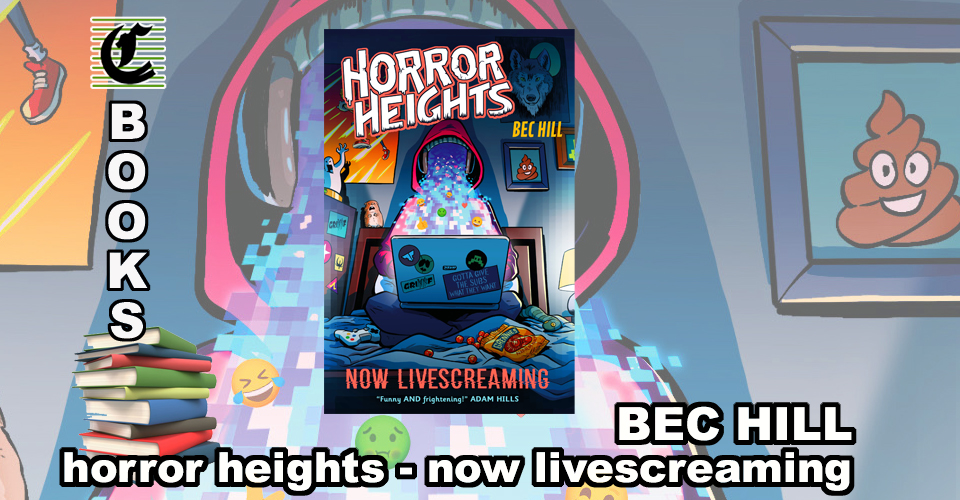 Hill’s follow-up to Horror Heights: The Slime (released in September last year) is another agreeably funny and cutely scary be-careful-what-you-wish-for-type tale for older kids that takes place in a universe that will surely be shared by still more HH books in the near future.

Teen Ryan has a complicated life, with annoying teachers, an even more annoying sister named Lily and a bestie named Ishaan, from whom he might be drifting. His great dream is to be a popular influencer, just like the mysterious but hugely famous Grimmf, but he only has a handful of often unkind followers.

A series of unfortunate events leads to him saying exactly the right (or wrong) words, being transported into a technologically-advanced studio and basically being imprisoned as the new Grimmf, which he immediately realises isn’t exactly as wonderful as he thought. But is there no way out? Can Ishaan and Lily free him from the seemingly inescapable void?

With more appealing characters, some rude riffs, and a sense of light dread, this is just as much fun as The Slime, and it certainly hits the, ahem, heights.