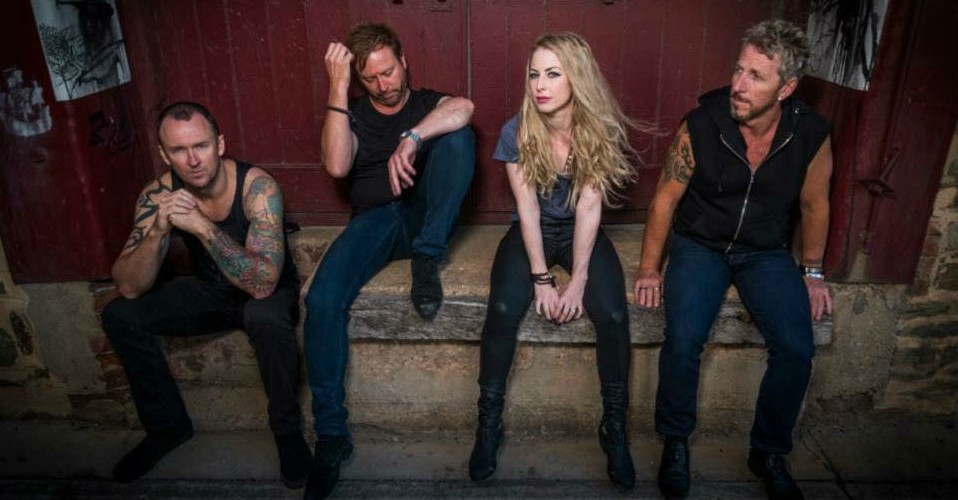 Local music legend Howard “Howie” Kehl was not just an ARIA-award winning songwriter and drummer; he was a mentor for up-and-comers in the local rock music scene. Howie’s sudden death in 2015 created a hole not only in the hearts of his family, friends and fellow musicians, but also in the support network he had harnessed for new talent.

Now Howard’s 30-plus years of dedication to music are being honoured through an Annual Rock Music Development Award as part of the SCALA Festival Of Original Music Song Competition. To fund the Award, Imogen Brave, Poundcake, FastMotor, Amberlist, CBBB, Vince Contarino and the inaugural award recipient, Peter Jenkins will perform at The Second Annual Howie’s Kick Off, a family friendly afternoon of live Rock ‘n’ Roll at The Gov on Sun 29 Oct.

Tell us about your history with Howard; how and when did you meet and come to perform with each other and in which bands?

“I was fronting a band called SMASH in the early ‘90s and towards the end of the band’s life we needed a drummer,” he begins. “One of the guys mentioned he knew Howie and would ask if he was keen. I said ‘No way, Howie wouldn’t drum for us!’ It’s not that we weren’t good enough, but because I had such high regard for him and thought he would only be involved with really big bands. So, I got his number, went around for a chat and he said yes. I was a bit nervous meeting him, but he was so laid back and cool. He played with us until we split.

“One night Howard turned up to an Imogen Brave gig and we just took up where we left off; he hadn’t changed a bit… which was great.”

Why was Howard so important to you and to the Adelaide Rock Music scene?

“The development and growth of Original Music is a passion of mine, and it was pretty evident that it was also a passion of Howie’s, so we had a lot in common. Howard was a no-frills, humble person/musician that said it like it was, and how it needed to be said at the right time. These are things that you value from someone you respect.”

This is The Second Annual Howard Kehl Memorial Benefit Concert. What does it mean to you to be a part of this Rock Music Development Award and to carry on Howard’s legacy as a musician, songwriter and mentor?

“Firstly, Imogen Brave feels very honoured to be part of this event,” Andy says. “I wish there could be more events like this. In my opinion, Original Music is dying due to a lack of support from the big radio stations and mainstream media. The Australian people vote with their feet at gigs and they only do this when they like what they hear on radio and see on TV.

“So many people wouldn’t even know where to see a live band, or have never experienced it. When Howie went to see live bands, he was always bringing people along, introducing them to the bands. He didn’t just want the industry to survive, but to also thrive.

“So I say, carry on Howard’s legacy and do what Howie was doing – going to see some bands, take some friends and support local and interstate original artists.”

What do you think will be some of the biggest benefits to come from the creation of this SCALA Award?

“Hopefully the artists feel like they are getting some recognition for the hard work they are doing. It gives them some exposure and in turn makes them want to continue playing and writing music.”

How would you best describe Howard?

“He was a straight up guy with a great sense of humour,” Andy says. “Howard was a silent workhorse doing things in the background to help others, never asking for anything in return. He had so much respect from so many people.”

What is your fondest memory of Howard?

“I remember the first night I saw him play in Almost Human. I saw a new kit on stage… then he walked up on stage got himself ready. I thought to myself ‘Who the fuck is this guy???’ Well they ripped into their first song, and straight away I was blown away by his powerful sound, tight playing and style.

“Every time I saw Almost Human play, I reckon I watched Howie play for 95% of the time,” Andy says. “I learned a lot from him, not only as a drummer but also how to carry myself off stage. He was a very humble person.”

What one trait of Howard’s would you like to put in your DNA?

“His positive attitude and drive; we all have it but when you meet people like Howie, you pick yourself up.”

If Howard was here now, what would you most want to say to him?

“Good to see you mate. What have you been up to? Howard was always doing something interesting.”

What do you think he would say to you?

“He’d probably say, ‘Andy you are blocking my view of the band!’ Ha!”

“I think that for the music industry to survive, we all have to make a statement to the radio and television stations, and demand new music,” Andy says. “We don’t want to regress musically.”

What famous or infamous rock song do you wish you had written and why?

“Rain Song by Led Zeppelin; it’s just a beautiful song. It relaxes me and makes me forget about negatives.”

Book at thegov.com.au and thegov.oztix.com.au. Click HERE to purchase your tickets.