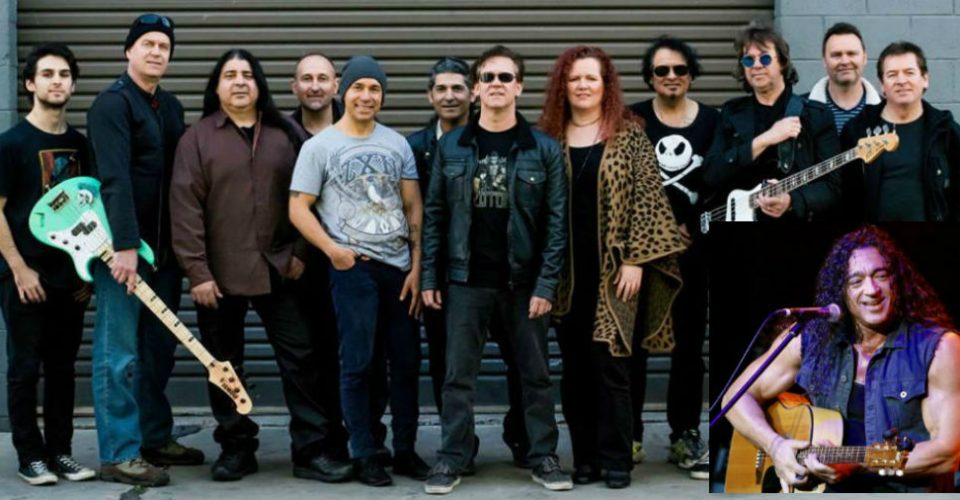 A big bunch of Adelaide musicians have come together to form Shiny Head Productions to present an excellent afternoon of music at the Governor Hindmarsh on Sun 11 Sep, commemorating and celebrating the life and music of their friend and local music mentor, SCALA and ARIA award winner, Howard Kehl.

Known for his commitment to the music scene in Adelaide, his support of all those he worked with and his love of

rock‘n’roll, Kehl left a shocked silence in the lives of those who knew and loved him when he died suddenly in 2015. To honour his memory, continue his legacy, and pay tribute to his life, his friends and fellow band members have collaborated with SCALA (Songwriters, Composers and Lyricists Association) to add an annual Rock Music Development Award to their Festival Of Original Music Song Competition (FOOM).

“We met at an audition for musicians to form a band for the Findon Hotel’s Battle Of The Bands,” he begins. “In those days (the ‘70s) if you wanted to get on stage with full production, and have that live band experience, Battle Of The Bands was a pretty big deal. I was about 16 at the time and my friend Dominic Rossitano suggested I come along and try out as singer. I’d never been in a rock band before, having done mostly cabaret back then, but I went along to give it a go.

“Howard was at the same audition. I got the gig as the vocalist with Howard on drums. We all rehearsed together, but and ended up getting disqualified from the heats because the guy who organised it all, the bass player, got the times mixed up and we were late. So, after all that, it was a bit of an anti-climax but a life-long relationship was formed from that audition.”

Dino shares his thoughts about the talent of his then new-found friend.

“When I heard Howard play, I thought, ‘Wow! What a drummer!’ He’s always had that swagger about him, but I didn’t know at the time that it was actually his first band; he was so relaxed and ‘in the pocket’ with his playing that he had a natural feel of experience. I was blown away by his drumming and didn’t find out until years later that he’d only just started playing drums. 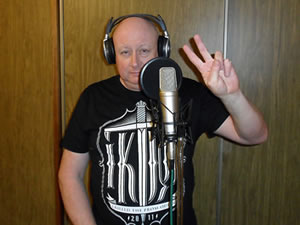 “Another guy who turned up at that audition was a phenomenal keyboard player called Dave Grimmer,” Dino says, “as well as a guitarist called John Swinburne, who was in a band called The Nazz at the time. What turned out to be a failed audition was a moment that changed all of our lives and we formed the band, Portrait.

“With Dave Grimmer on keyboards we had a huge sound with the Hammond organ, clavinet and the baby grand piano that he used to have as his basic set-up,” he adds. “We used to rehearse at my place and it changed our trajectory into the rock ‘n’ roll direction. A later incarnation also included my friend Dominic, who took over as guitarist when John Swinburne moved to England.”

Howard Kehl was a huge fan of Deep Purple and was very influenced by Ian Paice in his drumming.

“Howard became quite influential in the Deep Purple Fan Club, developed good friendships with their management and got involved with a few projects with the band. He always knew what was going on when they came to Australia, was the first to get their albums and you could always hear that influence in his drumming.

“Although people remember him as a rock and metal drummer, because he got involved with quite a few of the metal bands here in Adelaide, particularly Almost Human,” Dino adds, “not many people realise that he had a lot of other musical tastes and influences. Howard’s father was a huge jazz and big band fan so Howard brought that influence to his playing.

“As well as being a great drummer, he was also a great song writer. He’d hear the chords and arrangements in his head and was very good at conveying to you how they needed to go. In the early days, he’d come over and I’d be at the piano playing chords and he’d say, ‘That’s it. That’s the sound’. We were in and out of bands together, and in the ‘80s we toured through North Queensland in a band we put together called The Shock.”

“Howard’s sudden passing shocked the local music world; you don’t realise the impact someone has on your life until they’re no longer there,” Dino says. “Once the shock had passed and the reality set in, it became very evident that he had influenced and inspired a lot of people along the way. He was very supportive of other people’s musical projects and was the kind of person others 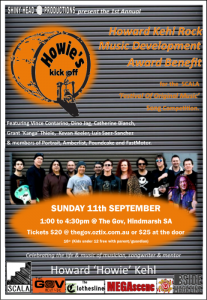 would ask for advice; a true mentor. He was a beautiful human being and had high standards for what he did, so if you were involved in something that he was working on, you knew he would be a great contribution and give one hundred percent.

“We wanted to do something to honour his legacy and keep the spirit of his ethos alive,” he explains. “What we came up with was an annual encouragement award in Howard’s name, to support new rock artists. He was a songwriter and was active as a SCALA member and had a few songs on compilations over the years – I think he met Catherine (Catherine Blanch, the only female member of Shiny Head Productions although she has plenty of hair!) at SCALA. SCALA never had a Rock genre in FOOM so we proposed creating a Rock award in the annual competition to honour Howard’s legacy and to keep his name alive.”

Performing on the day will be Poundcake, Catherine Blanch, Amberlist, FastMotor and Portrait.

“It’s an excellent line-up of Adelaide musicians at the Benefit Gig at The Gov and it will run from 1pm to about 4pm,” Dino says. “It’s a family-friendly afternoon, so you can bring the children if you want. There will be a non-stop variety of artists who have performed with Howard over the years, putting together a one-off reunion, reminiscing about Howard and playing some of the songs they played with him.

“I’m really excited and honoured to be part of this,” he enthuses. “It’s not very often that an initiative like this is created for someone like Howard, who was no big celebrity but really touched people at a grass-roots level. It’s a great example of how you can inspire and move a lot of people just by being yourself.”

Howie’s Kick Off – The First Annual Howard Kehl Rock Music Development Award Benefit performs at The Gov from 1pm until 4.30pm on Sun 11 Sep. All ages welcome. Kids under 12 free with a parent/guardian.

Book at thegov.com.au and oztix.com.au. Click HERE to purchase your tickets. $20 (inc. booking fee) or $25 at the door.