40 Years Vader: An Interview With Toni Bestard – Co-Writer, Co-Director And Co-Producer Of ‘I Am Your Father’ 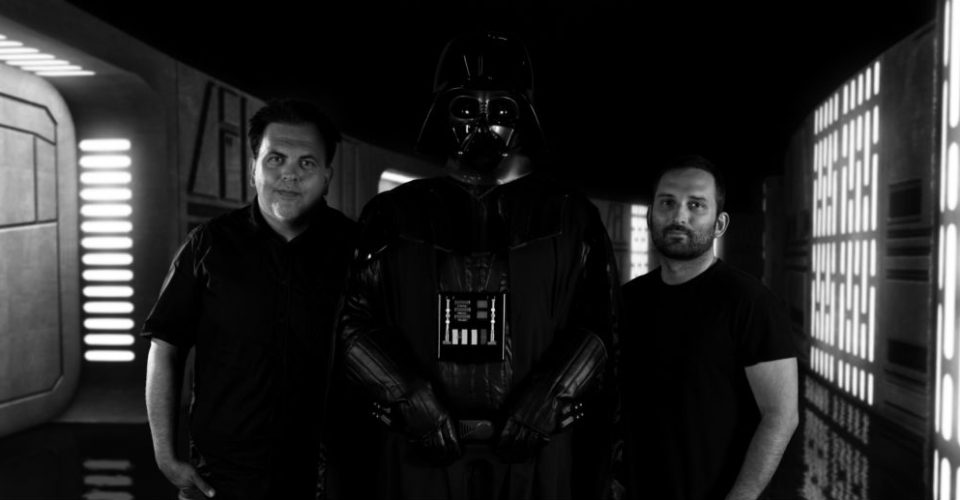 Spanish filmmaker Toni Bestard co-created the documentary I Am Your Father with Marcus Cabotá, and it’s truly a Star Wars fan’s dream: a study of David Prowse, English actor, famed body-builder and personal trainer, the original body of Darth Vader (if not the eventual voice, of course) in the first trio of SW pics and a man somewhat airbrushed from the whole gargantuan success story of the franchise for reasons that have long remained controversial.

We spoke with Bestard via Skype concerning how the doco came about and what it was like working closely with the now-80 Prowse, whom he tried to persuade to don the Vader outfit to recreate the end of Return Of The Jedi – a climactic sequence which, of course, features another actor under the mask.

So Toni, what was the driving force behind your film in its early stages? A love for Star Wars, a love for Darth Vader in particular [whom he and everyone involved in the film calls the greatest screen villain of all time, and the guy who utters the greatest spoiler in the movies, which is the title, of course] or a feeling that David Prowse has been fairly mistreated by George Lucas and Co? Or maybe all three?

“Marcus and I had this dinner back in 2012 and began talking about Star Wars, and about David Prowse, and it went from there. I suppose the first reason why we made the movie was because we were Star Wars fans, of course, and it was also because Marcus and I are filmmakers and we want to tell stories, to tell human stories.

“I was really interested in the human part of David’s story, and it wasn’t just because he played Darth Vader, one of the most famous characters in film history: it was his story and what he has done. His story is special… Before we started shooting we discovered some incredible things about his relationship with George Lucas and Lucasfilm, but at the same time we knew that it might be too dangerous to explore some of it. But David told us, ‘Please tell the truth,’ and so we knew we must tell the truth all the time…

“We contacted many of the people connected with the Star Wars movies and we tried to contact Lucas, and both times he said that he was out [around the time that he sold the whole Star Wars thing to Disney] and that he didn’t want to be interviewed for our movie… In the end it was important to us that we make a tribute to David, but also to the other anonymous actors who have played famous characters and villains in film history, the guys behind the masks who nobody knows [and when you watch the movie make sure that you see the montage over the end credits of unmasked actors including Lon ‘Man Of A Thousand Faces’ Chaney, Max ‘Nosferatu’ Schreck, Boris ‘Frankenstein’s Monster’ Karloff, Ricou ‘Creature From The Black Lagoon’ Browning and others].” 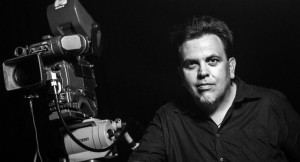 How did David react when you first put the idea of the doco to him? He seems very friendly and quite moved at times during the film, but was he perhaps initially uneasy?

“He felt like the Star Wars thing was a part of his life that wasn’t resolved, that wasn’t finished, and he wanted to close the door on that part of his life. All of the time David kept telling us that he wanted to have a meeting with George Lucas and the chance to explain what happened and at the end of it all to be a friend of his again, but it was so difficult because he just kept finding a wall, a great big wall… It seemed that David was persona non grata, and all the time he kept saying to us, ‘I just can’t understand why they’re doing this to me’, and 33 years after Jedi they’re still shunning and banning him. It’s incredible.”

Due to this wall, was it difficult to get people to be interviewed about David for your film? Kenny Baker [R2-D2], producer Gary Kurtz and Jeremy Bulloch [the original Boba Fett] appear, but were they at all concerned about how Lucasfilm might react?

“We contacted many other people than those who appear in the documentary but there was a silence, and I did think that anyone who works for Lucasfilm is, um, frightened [yes, he did use the word] – or maybe intimidated, and they don’t want to speak out. The producers were a bit different because they can speak.

“We interviewed Peter Mayhew, who played Chewbacca, but in the end he didn’t want us to use it because while we were in post-production on our film they started making Star Wars: The Force Awakens. It was a terrible thing because he spoke very, very well and said some very interesting things about films generally, about Star Wars and about David Prowse… But in the end we are very happy with how the documentary worked out and the people who appeared in it: Kenny, the producers, Lou Ferrigno [another body builder/TV’s original Incredible Hulk] and the others.”

You two have clips in the doco of when David played a monstrous creation of Frankenstein [Ralph Bates’ in Horror Of Frankenstein and Peter Cushing’s in Frankenstein And The Monster From Hell], his beloved ‘Green Cross Code Man’ ads from the ‘70s and some of his other roles, but you don’t have an excerpt from his small part late on in Stanley Kubrick’s A Clockwork Orange…

“The legal situation was difficult in that case and we weren’t allowed to use a clip. We had two or three legal advisors and it was dangerous for us to make this movie sometimes, because there were all these photos and copyrights; we are just two small filmmakers from Spain and this is our first international documentary. We just had to be safe from any kind of legal trouble, and I remember fighting sometimes with the producers when they kept on telling me, ‘Sorry Toni, but it’s impossible to use that photo’, or whatever, as it was too expensive or it was too dangerous… That is why we don’t really have Star Wars clips [there are home movies of backstage during the films’ productions, a photo or two and some very striking artwork], and I don’t really think that we need them as they’re all in our heads, all of us.”

And then there’s the whole thrust of the doco in which you put it to David that he should don the Darth Vader suit 30+ years later and refilm the ending of Jedi with him under the mask. Will he agree? Will Lucasfilm let you do it? It’s fascinating…

“One day Marcus and I were talking about the film and we thought that the big tribute to David and what was necessary was to reshoot that sequence. It was important for us that he had the chance and that he be allowed the time to see it if he wanted to… But…” [Toni said considerably more on this intriguing subject but sorry: you should see the film!]

Now that your film is finished what do you do now? What sort of projects are you working on? And will you again be working with Marcus?

“Right now Marcus and I are working on separate projects; projects that aren’t documentaries but are live-action, with actors. My movie is a comedy, an adaptation of a popular play, and it’s a sophisticated, surrealistic sort of comedy about relationships. It’s a little bit like the work of Charlie Kaufman [writer of Eternal Sunshine Of The Spotless Mind, writer/director of Anomalisa and more]… But in about eighteen months we’re going to get together again and work on another documentary about something that I can’t really talk about yet… I can tell you that it’s about music and a popular character in popular international music, but it’s a very personal project so I can’t tell you any more than that!”

I Am Your Father is out now on DVD thanks to Shock Entertainment.