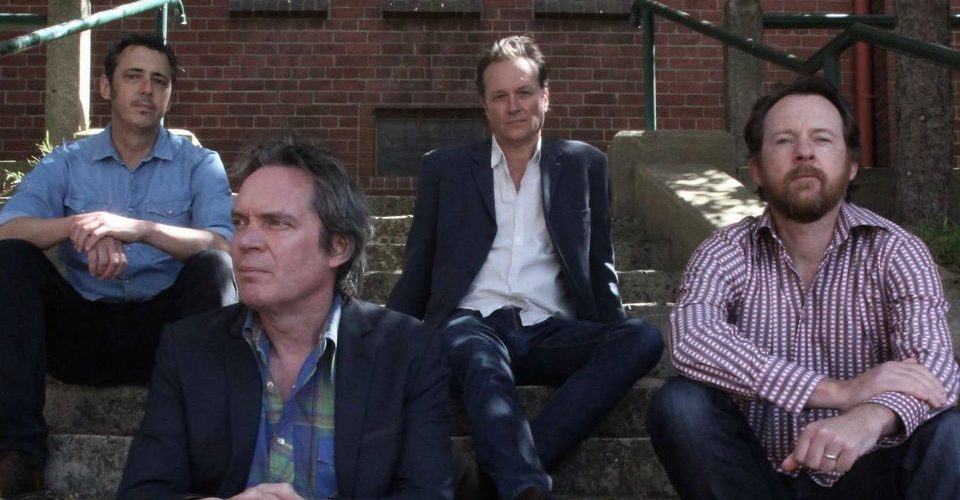 Icecream Hands are a classic pop group. Not in a boy band sense, but their songs have all the classic melodies, hooks, harmonies and singalong elements of The Beatles or Elvis Costello. My favourite quote about them came from Melbourne Street Press that decreed that in 20 years Icecream Hands would be revered and talked about in hushed tones, like Big Star or The Replacements. ‘There will be tribute albums, documentaries and reunion shows,’ it gushed. But it’s the truest thing I have ever read about the band. And here we are twenty years later.

Songwriter and frontman Charles Jenkins cut his musical teeth in Adelaide’s Greasy pop scene with the amazing Mad Turks From Istanbul, and from the start was making incredible records like Holding My Breath and Lolene. After Mad Turks parted ways and Charles formed Icecream Hands. The name came from a Robyn Hitchcock song (it’s also a British slang term for masturbation). After some line-up changes by 1999 Chuck and been joined by Douglas Robertson on bass and backing vocals, Derek Smiley on drums and Marcus Goodwin on lead guitar. This was the line-up for Sweeter Than The Radio and the same one that will be playing at Jive.

Icecream Hands have now regrouped for their twentieth anniversary which, due to popular demand, is coming to Adelaide, so we speak via telephone with Charles “Chuck Skatt” Jenkins, and begin by discussing that this new release features the original line-up.

“On the first two albums we had Dom from The Mad Turks on drums and then Marcus joined for the Sweeter Than The Radio record. So it’s that line up playing that record. We weren’t originally going to play Adelaide, because we thought ‘who will care?’ But such was the public outcry – or at least there were a few angry men on Facebook – that we decided to come here.

“It was a good excuse for Doug and me to go on drinking reconnaissance around town when we did the solo shows during the Fringe. The other shows went pretty well and we have a bit of money in the bank to cover Adelaide. So if nobody comes along – see if I care [laughs]!”

I’m a bit shocked that it is twenty years, to be honest.

“Tell me about it! There were two records after Sweetheart then I started doing solo records. I started getting Doug in to do backing vocals on my solo records and we reconnected. The feel of the solo record, The Last Polaroid, was practically an Icecream Hands record with the upbeat nature of the songs, big harmony laden choruses. We thought about getting the band back together and it coincided with the 20th year anniversary.

“There is a vinyl issue because it was never released on vinyl at the time and it’s a big fat double album. There are extra songs on side four, so if you are in you are there for a long time. We played that record so much at the time, so many gigs and TV things that I did get tired of it. I have to admit it’s been fun playing it again. It is amazing twenty years later to be able go ‘wow, these are really good songs!’

“Because I teach songwriting these days, I am better at explaining my instincts than I was, but I did trust my instincts even back then. The recording was really good, too, but we kind of bashed it out because the previous one (Memory Lane Traffic Jam) we had spent ages on it, but it was a more expensive studio we had to get in and get out quick. We worked really hard on it. Rubber had signed a deal with BMG so it was the one and only record we ever did that had major label support. One of the first things we did for this tour was a photo shoot, and we were having conversations like we were picking up from yesterday. It was really odd and really beautiful.”

So are you performing the whole album?

“No, we are skipping a few of the dud tracks [laughs]. At the time, there were a couple of songs that I insisted go on the album, just to break the pop songs up. In retrospect, I wish I hadn’t done that. So they are the ones that don’t make the cut. We are doing twelve of them, skipping a couple of the dumb rock‘n’roll songs that shouldn’t have been on there in the first place.”

As a massive fan of power pop as a thing, it’s always frustrating that it’s a style of music that largely does not get it proper due. It has annoyed me that Icecream Hands weren’t bigger. Has that been a frustration for you?

“Maybe round the time of Broken UFO, and we could see the machine that had helped Sweeter Than The Radio was falling apart. I’d worked in record companies enough to know the ramifications of that. Even The Replacements, who I adore, had the big machine behind them the whole time and still couldn’t get anywhere. I think if we’d had the machine for a bit longer, we may have found a wider audience – especially with Doug’s songs.

“Doug always had that musicality in every pore of his body. I always thought his songs would clean up at The Grammys one day, where as I was happy writing the weird off centre things. Guitar based pop goes in and out of popularity in the mainstream. It doesn’t really bother me because it is out of my control. My thing has always been, ‘What’s the next song? What’s the next record?’ We will start working on a brand new Ice Cream Hands record and hopefully this time next year we will be back in Adelaide playing out new record to people who are yelling ‘Play something we know!’.”

I am really excited at the prospect of a new Icecream Hands record, because I thought that was done. It’s a good thing.

“So did I! It’s a great thing. I’ve been writing songs for it over the last year and now that I’ve got this kind of quiet folk thing out of my system [laughs]. I’ve been writing these upbeat songs; I have a few, Doug has a few, Marcus will have something and Smiley will chip in. Then I’ll probably go and sabotage it by insisting we throw in some dirty rock‘n’roll songs [laughs].

“As you get a bit older you just learn how to sit back a little and let things take care of themselves; everything will be fine! We were driving the other day and Smiley was reeling off the occasions where I had sabotaged the band’s career. It was really impressive list of ways that I would go out of my way to fuck around and be an angry young man. Those days are behind me. I’m Mr Nice Guy now.”

Icecream Hands performs at Jive from 8pm on Sat 11 Jun, with special guests The Trafalgars.

Bookings at Moshtix.com.au. Click HERE to purchase your tickets.