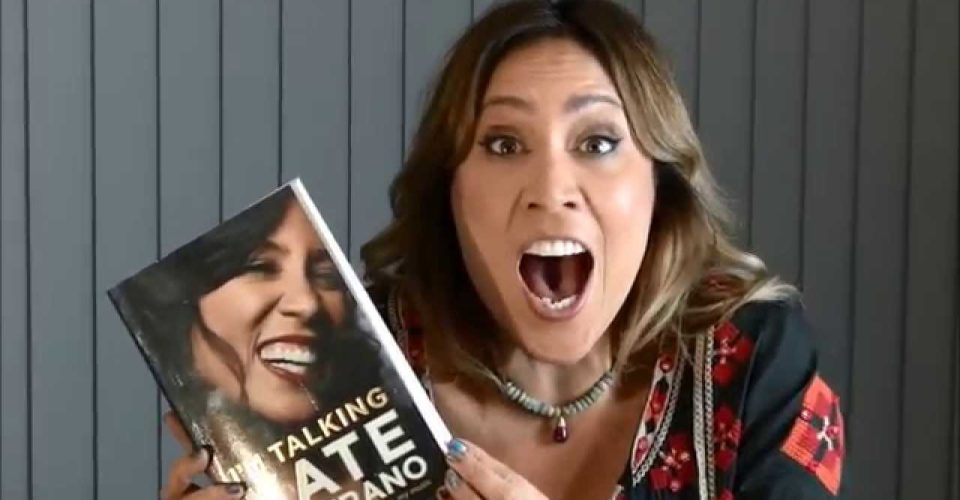 Kate Ceberano is a household name in Australia, loved all across this wide brown land for her stunning vocal ability, her infectious smile and her general gorgeous vivaciousness. But I suspect many of her fans would be surprised to know what went on behind the scenes as a 15-year-old girl from North Balwyn slowly but surely shaped herself into the darling of the Australian music scene. I’m her cousin (disclaimer!) and, despite all the family stories and get togethers, I was surprised to learn what it was really like to be a teenager growing up in the rock n roll limelight.

Kate always gives herself honestly and generously to her fans, but in I’m Talking she offers another other side – dangerous, outrageous, thrill seeking, fiercely individualistic, eccentric and contrary – and in doing so we get to see the small intricacies of an artist’s development, guts and all.

There are a few bombshells dropped, but I won’t reveal anything here… because in all honesty, while those family skeletons and dark times are important parts of the Kate Ceberano Story, on their own and out of context they may just become salacious, media-scrum tidbits instead of the heart-wrenching tragedies that they are. And for me at least it was far more revealing to gain insight into Kate’s decision making as an artist – an artist who has been sometimes misunderstood, but who has always, no matter what, made decisions based on artistry, love of her craft and integrity. Sometimes that has worked against her, but it has made her into the woman so many of us know and love today and the Australian music scene would be a far less exuberant, brave and beautiful place without her.