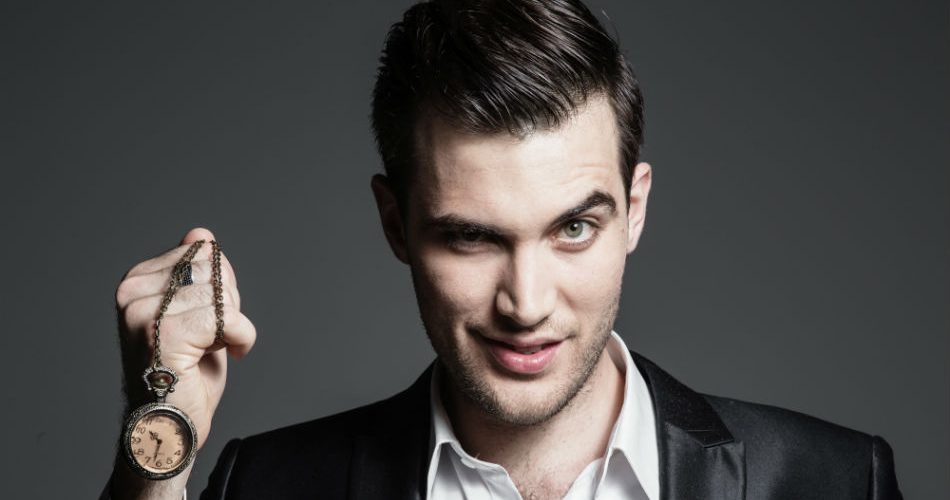 Adelaide’s Isaac Lomman has built a healthy reputation for his stage hypnosis shows. Never short of volunteers, Isaac safely guides his audience members through an evening of fun with the power of suggestion and the willingness of the human mind. It’s good clean fun so it’s suitable to take the whole family along for a night out at the Adelaide Fringe 2016.

We speak with hypnotherapist-turned-entertainer Lomman and ask how he best explains to people what it is that he does.

“I take volunteers from the audience and lead them into an altered state of consciousness called Trance which makes them highly suggestible,” he begins. “It is here that I will change their reality on stage with hilarious results whilst simultaneously celebrating the human mind and its imagination.”

Last year your performed Comedy Hypnosis! Rewired at Gluttony. How did that go?

“Fringe 2015 was phenomenal and an absolute turning point in my career with about 5000 people coming through the doors across the 28 shows,” Isaac says. “It was truly humbling to get such amazing support from my home town.”

Does ENTRANCED have a particular theme for the Adelaide Fringe and how does it compare to Rewired?

“All of my shows stay around that general Fringe theme of ‘trying something new’ or ‘get involved’ as they are so heavily driven by audience participation. The really unique thing about my shows is that no two nights are the same with different stars from the audience, different routines which will produce different moments of hilarity. ENTRANCED is going to be different from Rewired; I’ll be again throwing in new routines that weren’t seen at all last year as I create entirely different shows for each night of the week that I’m performing.”

Are you ever surprised (pleasantly or not) by some of the things that people do under ‘your spell’? Good and bad.

“Absolutely! Every night!” he says. “This variety within the show is certainly part of the appeal to me and why I can see myself doing these shows far out into my future. Often someone will say something completely random in response to a suggestion I’ve given hundreds of times and I’ll end up laughing as much as the audience.

“I’ve only ever had one particularly bad surprise which I’ve taken care not to be repeated in other routines moving forwards when one volunteer actually vomited on stage in response to an imaginary bad smell. I won’t be forgetting that in a hurry! But the show went on and speaking with him after he was just as amazed as everyone else in attendance that even happened.”

In a performance at The Gov, you had a girl chasing a boy, although he was told not to like her. But in the end, he hugged her because he felt sorry for her. It was a beautiful moment. Do you often see people’s inner selves shine through in that same way?

“Yeah, these moments are the best. It’s important that people understand that when you’re hypnotised you’re not turned into a mindless zombie. You’re still the same person, just with a small suggestion that’s changed by the hypnotist and so quite often personality does come through as people navigate the sometimes-awkward situations they find themselves in.”

“How much do people remember what they do on stage? How much do they realise what they are doing at the time?

“A great question as it often comes up after the show with volunteers. Everyone’s experience of hypnosis is unique and some will have a natural amnesia to the events on stage. Others will remember everything as soon as they’re brought back to normal consciousness,” Isaac says. “In my shows I like to keep the show rolling even after everyone has left the venue so I suggest amnesia up until the volunteer takes a sip of their next beverage. At this time all the memories come back all at once and create a nice moment of hilarity for the folks around them.

“As for during the show, the majority of subjects are quite aware of what is going on around them and to them. As mentioned earlier, they’re not a mindless zombie when they’re hypnotised. They are in fact hyper-aware. If they weren’t aware then they wouldn’t be able to follow my suggestions and interact with the room around them. So what it actually feels like is that the Conscious Mind and Unconscious Mind are at war with one another. The Conscious Mind goes, ‘That’s crazy, I’m never going to do that.’ When crunch time comes the Unconscious Mind goes, ‘Yep we are doing this whether you like it or not!’ much like when you know you shouldn’t be buying that chocolate at the supermarket but you do it anyway.”

Although a lot of what happens on stage is impromptu, do you have certain scenarios that you prepare for the show? How much of what you prepare goes out the window on any given night?

“I always prepare routines prior to starting the show so that it is always driving forward and keeps a fast pace,” Isaac says. “Most of the time I do this a couple of hours before the show starts depending on what I feel like that day and use mnemonics to remember the show that night. Despite outward appearances the show is fairly rigid and only a small percentage of what I have planned gets thrown out on the night but I like to give over a lot of the show to the creativity of the volunteers on stage which means at appointed times in the show, anything can happen!”

Beside members of the Port Power Football Club, whichother celebrities have you hypnotised?

“I’ve hypnotised quite a few radio personalities like Cale Porter and Hayesy from Nova 919 for example and Ollie Geale from Channel 9’s Banter. I’ve also hypnotised a few of the guys at Orica Greenedge Cycling team who have a pretty big internationalfollowing.”

Has there ever been an on-stage fail that you can recall? Do you have any highlights that always stand out to you?

“Such is the nature of hypnosis that not all suggestions will stick and sometimes they can go awry. So I ‘fail’ on stage all the time with some subjects not following a suggestion at a critical moment but I just shrug it off and keep on going with the show, it’s part of the fun and keeps me on my toes.”

How easy are children to hypnotise? Adults seem to be quite easy and willing… those who win the race to get onstage, that is.

“Children under seven are basically constantly in the state of hypnosis,” Isaac says. “As their brains are open to suggestion so that they can learn effectively and quickly to get the necessary skills ingrained into them for life. As such they can be very easy to hypnotise, especially if you can get their attentions for long enough.”

You are making your Melbourne International Comedy Festival debut in April. Where to after that?

“After MICF I have no plans,” he says. “These two festivals are critical for me to keep doing this full time so I’m putting a lot of my focus and energy into making sure I get them right and give audiences an experience really worth talking about and coming back to.”