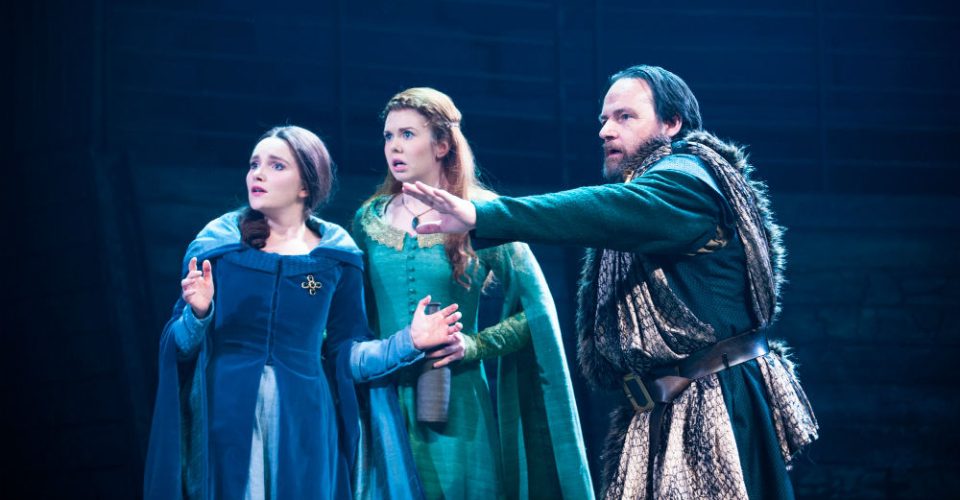 Excitement is steadily building as audiences impatiently await the arrival of The James Plays Trilogy, a series of three dramatic works written by Rona Munro and brought to Adelaide by the National Theatre of Scotland. Directed by Laurie Sansom, the plays are described as epic pieces that can be viewed alone, however as a trilogy provide theatre goers with over 11 hours of “gripping, historical, political intrigue” that work together to form an “intricate and compelling narrative of three generations of Stewart kings who ruled Scotland in the tumultuous 15th Century”.

Ahead of their Australian debut performance, The Clothesline spoke with Rosemary Boyle, a young actor enjoying her first major role(s) with this production, via email. We were keen to discover how her acting life began but in particular how she saw her own roles across the plays and what audiences could expect of such a huge production.

Always fascinated with how actors first discover their talents and passions, we ask Boyle to describe her earliest experiences.

“It sounds like a well-worn cliché to say I knew I wanted to act when I was four years old! However, I remember when I was in year one at school, and I had a bit of a speech stammer. My teacher was well aware of that, and in a bid to help he cast me as The Angel Gabriel in the school play. It was a relatively big part, I had lines to say. You know what? I did it, and it was an important turning point for me, at a young age, confronting my stammer head on and discovering my love for the stage. 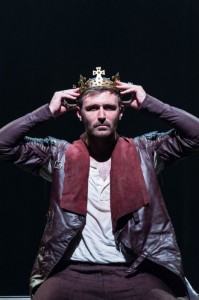 The James Plays – James I Image by Manuel Harlan

“I was in a community choir from the age of six, we rehearsed on Saturdays and I used to love it. However, my confidence and love for my craft really blossomed when I started secondary school and joined the church choir. The choir was led by a small but energetic, generous team and we ambitiously used to put on musicals for friends and family. My first singing solo was ‘feed the birds’ in Mary Poppins!

“I attended a small, local catholic comprehensive school and had fabulous drama and music teachers. Also, and perhaps most importantly, my dad Kieran is Irish and although he is a quiet man, he loves to sing. I grew up in an environment where family parties always ended up with dad playing guitar, banjo and mandolin and singing his favourite folk tunes. My party piece was always (and still is) Danny Boy. So I guess, looking back, all those things collectively inspired me and gave me the courage to stand behind a microphone or step on to a stage. I can’t imagine doing anything else.”

You are a graduate of the prestigious Guildhall theatre school in London –at such a young age were you at all intimidated by the reputation of the school when you first arrived?

“When I applied, at the age of 17, I wasn’t acutely aware of how tough it was to get in. I now know that. I will be forever grateful to those tutors who assessed me and invited me to join. It is a fabulous place, the standard is phenomenally high and I had the best time there.”

What have you learned that has been most directly useful in your preparation for the roles you undertake in The James Plays Trilogy?

“The director Laurie, the writer Rona and the entire cast and crew have taught me so much already. I just love this job, it is really hard work but it is so wonderful. It is my first theatre role and I have to pinch myself that I am part of it. I have learned to trust my instincts, to be brave and bold in my decisions. The plays are just incredible.”

Can you describe the qualities that you draw out to play Joan Beaufort in the two phases of her life and how you approach the portrayal of this historical character as an actor?

“At the start of the play, Joan is 17, naive and optimistic about the next chapter of her life. I was able to pull on my own excitement for this, as this is my professional theatre debut and coming to Scotland for the first time! So, like Joan, it was all a little daunting being surrounded by these crazy Scots… ha ha!”

In James II you play the role of Mary. Where does she fit in a series of stories that includes a number of very strong women?

“Mary is just wonderful. She is a breath of fresh air as a character in the play, and also for me to play. She is strong and wilful, impulsive and kind. I admire her spirit and energy and she is absolutely integral to James’ journey.” 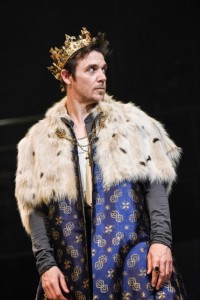 The plays can be viewed on their own or as a trilogy. How might seeing all three plays in one day enhance the overall experience?

“It is the only way to see them. There is a wonderful moment in James III, for example, when the rose garden that James I planted for Joan is mentioned, and that simple reference is so poignant, the play travels generations and it is fascinating for the audience to see the descendants of Joan and James I grow up. It is a brilliant day out, a novel concept, a brave expectation of the audience.”

There is ample break time for the audience between each play however things backstage must be frantic. Can you describe the energy and action behind the curtain between plays?

“It is full on, but manageable, there is no time. But when the curtain closes on James III, we all feel accomplished and SO proud.”

There are a select number of seats available for an onstage audience – this sounds like a fascinating experience – what could one expect to see and feel differently?

“It is a chance to be in the middle of the action. You see the play from a whole new perspective, up close and intimate. When do you ever get that opportunity?”

Will there be any Game Of Thrones moments onstage? What keeps these tales of dusty old kings fresh and exciting for audiences?

“The writing is superb. The audience gets it. These aren’t dusty old kings I guarantee you. Yes there is lots of action, there might be a battle or two, but it will be unlike any other historical play you have seen. It is old, we are let in to a world centuries ago. But it is fresh and real and modern and at times, very funny!”

Why do you think we have such a strong fascination with royals (either modern or historical)?

“I suppose historically, the monarchs were the equivalent of today’s celebrities. We are all nosey aren’t we?

The James Plays lets us in on another world. We get up close and personal, and we can empathise with the characters.”

Is this your first experience touring? What are you looking forward to the most?

“It is, and what a tour! I still can’t believe I am on a stage on the other side of the planet to where my family is!”

“I am thrilled to be here [in Australia], to be part of this ambitiously fabulous trilogy!”