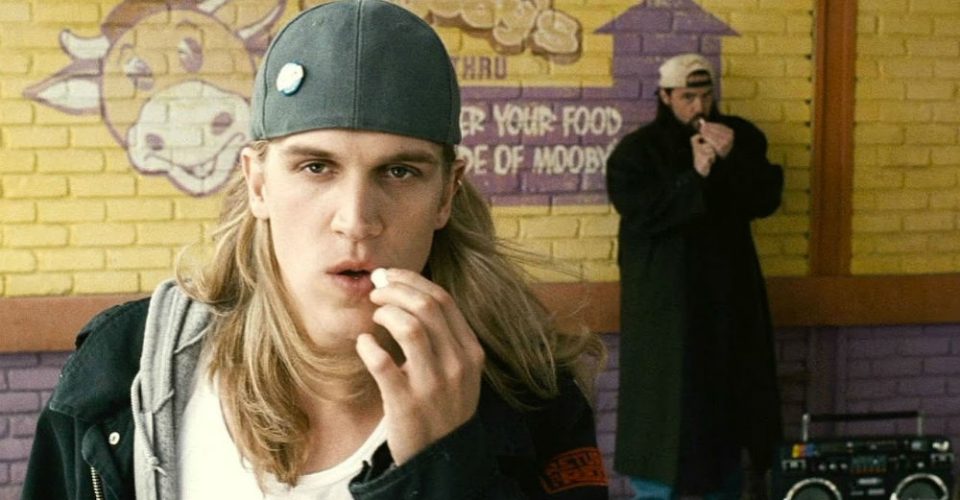 Jason Mewes speaks about what it’s like to be Jay, as in Jay from the films of Kevin Smith and alongside Smith’s own Silent Bob, and how the character (a sort of foul-mouthed Greek Chorus) has endured and allowed him to forge a very successful and cultish career. And yes, he was on the phone from Southern California where it’s ‘absolutely fantastic’ and he lives with his wife and young daughter.

So Jason: you’re so identified with the character of Jay, and yet is he really like you – or vice versa? Or maybe is it a bit insulting to ask that?

“No, it’s not at all insulting. When Kevin wrote [his first film] Clerks back in 1992 or what have you, he and I had been hanging out for about four or five years, and he wrote the character from me, as based on me. You know, I never sold drugs, but I used to smoke and drink and run around and scream and pull my things out, my ball-bag, and he said that he’d put me in a movie. Other people find my sense of humour funny… I would say that back then when I was 15, 16, 17, around then, I was really like the Jay character, and then I got a bit older and I couldn’t get away with so much stuff. And now, at this point, now that I’m 42, I suppose you could say that it’s 50/50 now. I’ve had to calm down and bit and not yell obscenities and stuff.” 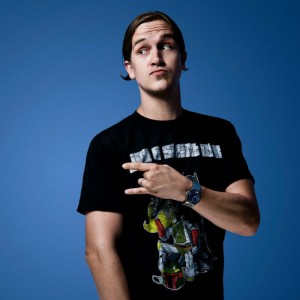 You’ve played the character in movies, in video clips, in comic books and more, and he just never seems to go away…

“It’s cool that he’s been able to stay in people’s brains and be passed down from one generation to the next, and we have been able to do a podcast, Jay And Silent Bob Get Old, where we talk about our friendship and my sobriety and just what’s going on in our lives. We did six movies as Jay and Bob, and we did the Super Groovy Cartoon Movie, and we did an animated series for TV and so yes, it’s been pretty awesome. I feel pretty lucky and blessed to still be in people’s hearts from 20 years ago… I do these conventions where these 13 year olds come up and say, ‘My Mom just showed me your movies!’, and it’s amazing.”

As well as playing Jay you’ve done so many other roles in straight dramas and cameo roles in blockbusters and more, so could you tell us about some of your personal favourites among those?

“I did a movie, well I did a movie a while ago, and the financiers helped make it into a movie and it was based on a web series I did called Vigilante Diaries, and in it I play this guy who makes documentaries and I follow this vigilante around, and it’s really a bit more serious than what I usually do. I was also in a movie with Harvey Keitel called The Last Godfather as a mobster called Vinnie, and I was in a movie, a sort of dark drama, called K-11, which was filmed by Jules Stewart, who’s Kristen Stewart’s Mom. I’ve really got to play around with all different sorts of movies and characters over the years and it’s been amazing…

“I’m also starring in and directing a movie called Madness In The Method, which I start shooting again in London when I come back from Australia and Colorado. I did this movie in London called Devil’s Tower and I met this [producer] guy called Dom[inic] Burns, and he asked me what sort of roles I’d never done and wanted to do, and I said a sort of Hannibal Lecter sort of thing or a sinister, American Psycho sort of guy. We started talking about it and he wrote it and we tweaked it, and it’s a sort of middle-ground thing, and it takes place in this sort of ‘Earth 2’ parallel universe where I go in for this audition… They want me to be like this other guy and so I decide to get really serious and go really ‘Method’, and so along the way I wind up killing someone and there are these murders and some mayhem… it’s been just great, as directing was something that I really wanted to do, and so I’m really stoked.”

We’ve been hearing conflicting reports, so can you verify that Kevin is actually doing Clerks III?

“I’m not sure, you know, Kevin announced it and things were looking really good with the financing, and now I’m not sure… As of now I do know that Kevin wrote another Mallrats movie and that he really wants to do that one too, and then there’s been some talk about a Mallrats TV show. So I think that before we do Clerks III and Mallrats II we’ll be doing a Mallrats TV show. Fingers crossed, you know, and I do think that TV is where it’s at now, and that there are all these huge 200 million dollar blockbusters and the Marvel movies and all of that – and then there’s TV. There are so many good TV shows out there and I do think that there’s room for a Mallrats TV show.”

And finally: you’ve mentioned how you’ve previously been to conventions, so do you enjoy meeting the fans?

“Yes, I certainly do. I love it, and it’s really interesting to me when people come up, like I said earlier, and they say, ‘Hey man, I’ve been listening to the podcast and watching your movies for 10 years, and I’ve been hooked on drugs and you saved my life’, or, ‘I’ve been sober for a few years and I listen to the podcast and it helps me’, or I get these military people and they say, ‘Hey, when we were over in Afghanistan and Iraq me and my squad watched Jay And Silent Bob Strike Back and it got us all through some really tough times.’ Those are experiences that you can’t get anywhere else and it’s really awesome, and I do dig it a whole lot.”

For further information, head to supanova.com.au.