JERRY LEE LEWIS: HIS OWN STORY And One Crazy Music-Fuelled Life – Book Review 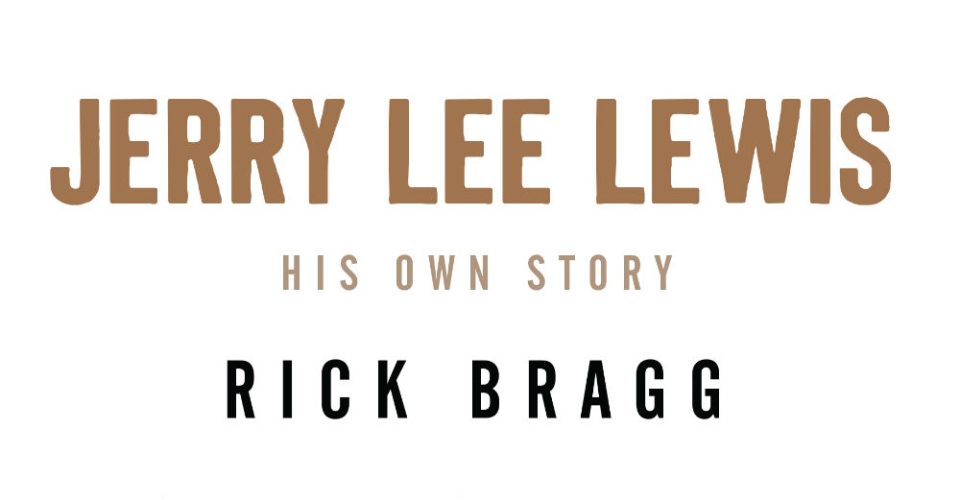 Journalist, author and academic Bragg’s formidable tome about Lewis (or ‘Jerry Lee’, but never ‘Jerry’ and especially never ‘Jerry Lewis’) and his life story is written like a steamy, Southern-fried novel, and advertises itself as the last great untold rock and roll tale. And, yes’m, it is jes’ that.

Assembled from interviews conducted in 2011 and 2012 as Lewis entered his later 70s, as well as a library of other sources (and a fair few legends that can’t possibly be true – can they?), this follows JLL from a fearless and reckless youth in Ferriday, Louisiana, to a wildly eventful life dedicated to music after discovering his true calling at the tender age of four when he saw the family’s piano and asked his Dad Elmo for instructions on how to use the mysterious thing.

Enormously detailed, we don’t get to his first hit, 1957’s Whole Lotta Shakin’ Going On, until page 146, and then Great Balls Of Fire isn’t mentioned until page 214, but what is mentioned at great and vivid length is a complex portrait of a proud, religious, poorly educated but bright fella who loved his close-knit family, cared little for rules (and laws), loved the ladies, feared Hell, was often rightly suspected of being bat-shit crazy and had a ferocious talent for destroying keyboards in a fashion that terrified many in those early days of rock (and one of those censorious Bible-bashers was no less than Jerry Lee’s showboating cousin Jimmy Swaggart, who ‘saved’ JLL at least once). 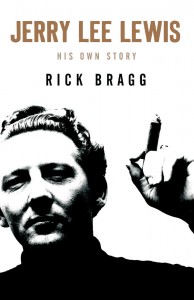 Dubbed ‘The Killer’, Lewis was on a high after appearing on The Steve Allen Show and enjoying a handful of hit records before it all went wrong, when the media discovered that his third wife (whom he married before being properly divorced from his second) was no less than Myra, his third cousin, who was, of course, 13 years old. But, as Jerry Lee insists to this day, a) this wasn’t against the law in Louisiana at the time, b) Lewises had been marryin’ young for decades, c) he really loved Myra and d) she sure as Hell didn’t look or act like she was 13. And, ahem, well, um, yes, he would say that, Your Honour.

Disgraced in Europe and America, Jerry Lee then spent years (and years) on the road, and Bragg unflinchingly captures JLL’s life as he played all sorts of shows across America and beyond, and fought with rowdy fans, redneck husbands who didn’t like what he did to their missuses and members of his own band, as he developed a serious addiction to pills, battled scary health problems, buried two sons and two wives, and eventually found himself revived and fêted alongside other survivors – although not many of them are left now, and Jerry Lee’s just about the last man standing.

And all his heady adventures with stars aplenty are here, with appearances by Elvis (from when he was young and beautiful until his sad last days), Carl Perkins, Johnny Cash, Chuck Berry, Buddy Holly, Ray Charles, Little Richard, Wanda Jackson, Patsy Cline, B.B. King, Fats Domino, Elizabeth Taylor, three Rolling Stones, John Lennon (who, rather embarrassingly, stooped to kiss Jerry Lee’s feet), John Fogerty, Neil Young, Dennis Quaid (whom Jerry Lee cares little for these days after Dennis played him in the failed biopic Great Balls Of Fire!), Kris Kristofferson and too many others to name.

JLL shook nerves and he rattled brains, and even at 79, locked away in his mansion and sometimes too frail to stand, he’s still ‘The Killer’, and pianos throughout the world still tremble at his name.