JIMI HENDRIX: STARTING AT ZERO – HIS OWN STORY – Book Review 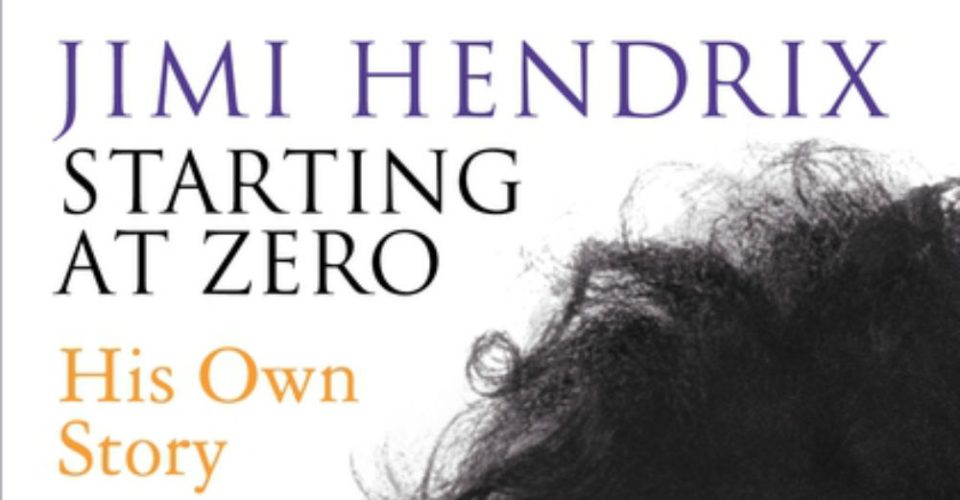 Certain diehard Hendrix fans blindly love this first-published-in-2013 work ostensibly by the mysterious Jimi (1942 – 1970), but it isn’t an autobiography – or even, in fact, a biography. Instead, Hendrix pals Douglas and Neal have compiled a chronological study of JH drawn from interviews conducted with the guy (most of which he obviously loathed), correspondences, letters and assorted scribblings, which makes this a decidedly weird read with an unavoidably Frankenstein-ish aspect. 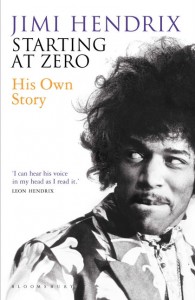 We begin with Jimi’s youth, and he (sort of) talks of his early days in Seattle, his heritage and fractious familial relationships, and a lot of long-haired-lying-about. Devotees will already know about his fear of his scary Dad and his time in the army, but we get all of that anyway (he was lucky to have completed much military service before the Vietnam War as it stopped him being drafted and placed in the firing line), and then there’s plenty about him living on the street, trying to form bands, barely eking out a living, finding that he was quite a good guitar player and discovering that audiences enjoyed antics such as setting six-strings on fire and playing them with his teeth (although surely not in that order). When Hendrix was tempted to travel to England with Chas Chandler from The Animals, who obviously knew talent when he saw it, we start moving into The Jimi Hendrix Experience’s fame, but there isn’t much about his artistic and lyrical inspiration (yes, Purple Haze was quickly drawn from a dream and a sci-fi comic). And, at the risk of sounding like some kind of square, his goofy expression and drastic overuse of terms like ‘cat’ and ‘groovy’ become seriously tiresome.

Complete with pretentious quotes from Joseph Campbell and other luminaries (which attempt to add literary weight and validate an iffy enterprise), Douglas and Neal’s effort is, at best, mildly diverting and, at worst, all a bit distasteful – and even creepy.