Jobim: The Sound Of Ipanema and Beyond – Adelaide Cabaret Festival Interview 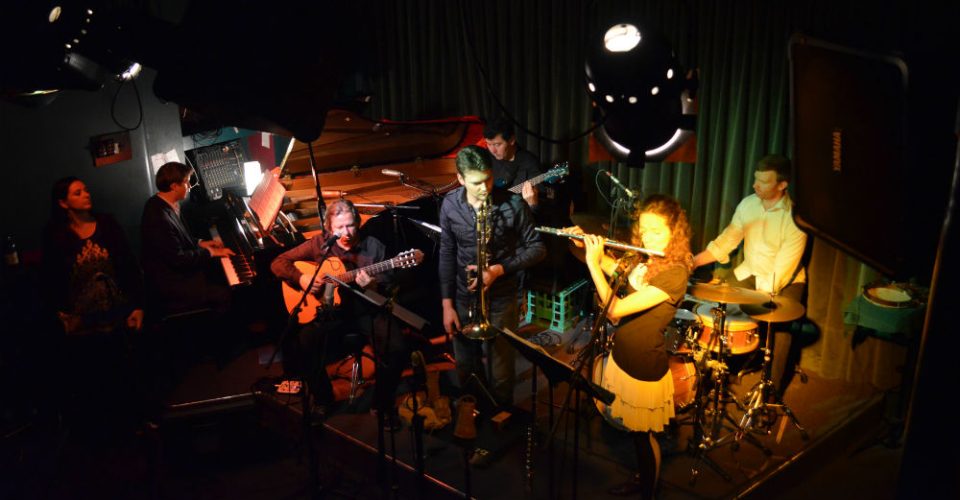 We speak with Alastair Kerr and ask if it was his idea to put this show and its marvellous musicians together.

“I can’t claim credit for all of it but, for my part, I’ve been a fan of ‘Tom’ Jobim’s music for fifteen years or more now,” he begins. “About three years ago, I returned from a trip to Brazil with some music that I’d picked up there and a few ideas floating around in my head for a new band that I was going to form; I came up with a line up that had flute and trombone as the lead instruments, but then I realised that one of my favourite albums of all time, Jobim’s Stone Flower, largely featured trombone and flute.

“One of the first projects that Panorama Brasil (the new band) did was a tribute to Jobim based on Stone Flower. It’s not his best-known album but, to me, it’s one of his greatest. The variety of writing is just incredible and has captured a huge range of Brazilian music styles.

“Then, about a year ago, the Adelaide Cabaret Festival contacted us and Doug De Vries, hinting at the idea of doing a Jobim tribute,” Alastair adds. “Doug told them that we had the band already and we could do it. The Festival was really keen to have some guest singers join the group. Doug had worked with Alda Rezende a couple of times before and knew what a great performer she was. Of course, Doug had a long association with Vince Jones having been part of his band for maybe the best part of fifteen years, so it sort of all fell together.

These two great singers joining us is a real pleasure for me. When I was growing up as a young jazz musician in Australia, Vince Jones was one of my idols. I used to go and see his band all the time. He was a major inspiration for me musically for a long time.”

Tell us about the show. Is it purely a musical performance or are there stories about Jobim as well?

“Largely the focus will be on the music; Jobim’s compositions speak for themselves, lyrically and musically because they’re so strong,” Alastair says. “Although he had a lot of lyricists working with him, most notably Vinicius de Moraes, Jobim did write some of his own lyrics and also wrote some of his own English translations. I think a real sense of his character and his humour comes across in his compositions so well.” 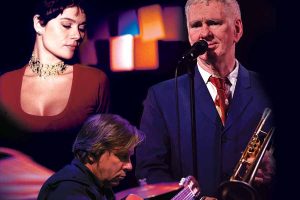 His music is certainly very colourful, often uplifting in many ways.

“Yes,” he agrees. “Well, that’s a big thing about the Bossa Nova movement. Part of it was a reaction to the other music that was happening in Brazil at the time and these young musicians living in the south zone of Rio, they had pretty good lives. They were living by the beach and most of them came from middle class families. On a personal level, they weren’t exposed to much of the poverty that’s in Brazil. In Rio, it’s an amazing city where the rich and the poor live side by side. You have these rich strips along the beach, then you just go up into the hills a couple of blocks away and there are the poorest of the poor.

“Most of these young musicians in the ‘50s were really looking towards a bright future,” Alastair explains. “They had a new president in Brazil, the great architect Oscar Niemeyer was designing all these amazing new buildings and, most notably, designing a new capital city for Brazil, being Brasilia. Jobim wrote a symphonic work for the opening of Brasilia. I won’t guess at the year here but I think it might have been the late ‘60s. These young musicians had a good life and they wanted music that reflected that, and that’s what the Bossa Nova was about. They were trying to find music that reflected their generation and the lives that were ahead of them.”

How were you first bitten by the Brazilian music bug?

“I was fortunate enough to have a couple of music teachers in high school and University who were hip to a few really great recordings and the stylistic nuances, and I bought a Jobim album,” Alastair says. “I think it was just a compilation but it was such an incredible mixture of tunes; some standards in not only Brazilian music but also jazz.

“We often think about songs like The Girl From Ipanema or Corcovado but the album also featured some of his other amazing songs like Inutil Paisagem. The English version means Useless Landscape. It’s basically a song about ‘What’s the good of all these beautiful things around me if I don’t have you’. But I think the song that got me completely hooked was one of his lesser known tunes called Aguas de Marco or The Waters Of March.

“Then, when I moved to Melbourne, nearly fifteen years ago, one of the first people I saw perform was Doug de Vries in a duo with Diana Clarke and they sang Aguas de Marco. That was just about the end of it for me.”

Being the world premiere of this show, are there plans to keep the show together and tour it?

“I can only speak for myself and say I would love it to be something that continues on and grows,” he says. “I’ve been working for a long time on some of Jobim’s classic orchestral scores and it would be amazing for us to present something like this with an even larger ensemble augmented by strings, woodwinds and so on. The arrangements that were written for some of these songs were incredibly beautiful.

“Jobim was also influenced by a lot of European composers like Debussy and Ravel and you can hear that coming out in the music. So, as well as the African and more traditional Brazilian elements, there’s also this overlay of some classical ideas that came through his study of piano and of harmony. His music lends itself to so many things. It could be just voice and guitar or it could be a 60-piece orchestra. I think that really says a lot about the quality of his songwriting.”