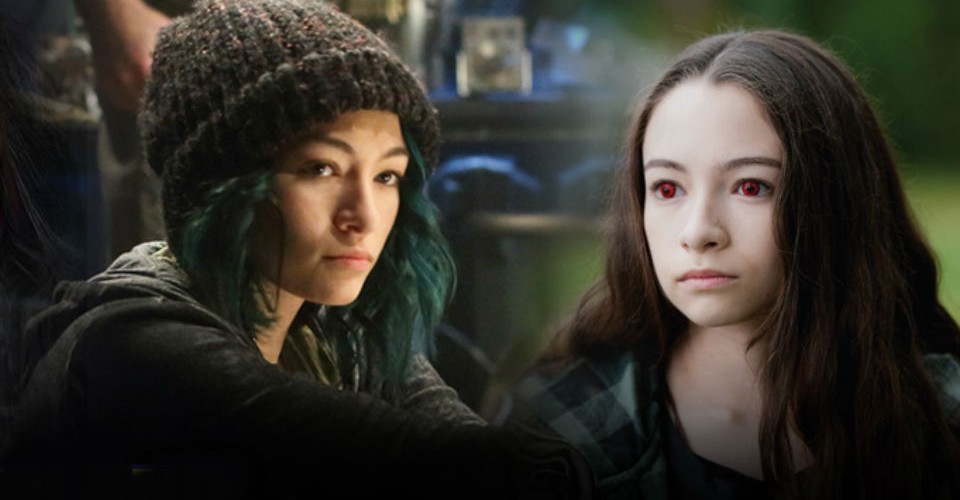 Jodelle Ferland was at her home in Vancouver for the following phone interview, and she cheerfully discussed some of her favourite experiences in a long and seriously impressive career (and yes, she only recently turned 23!!!), as well as how much she enjoys the whole Supanova and convention thing generally.

So Jodelle: we’re here because you’re coming to Supanova, and I see you’re a bit of a veteran of conventions…

“Yes, and I’ve actually done Supanova before, and it was a while ago: 2011, I think. It was just so much fun, and I’ve been doing many more conventions since [TV’s] Dark Matter started because being on a sci-fi show really helps with that!”

I was going to ask if you’re mostly approached by fans of the show but, unfortunately, we also have to point out that it recently and controversially got axed after three seasons…

“Unfortunately yes, but our fans have been seriously amazing and they haven’t given up on the show.”

You’ve got plenty of other stuff going on but, nevertheless, it must be disappointing…

“Yes, it is. There was meant to be a five-season story arc and I’m not sure what they’re going to do at this point, but I think one of the possibilities is finishing it in comic book form – which is actually how it started. I would love that!”

Other than Dark Matter we could talk about so many other movies and TV shows that you’ve worked on. And you must have started very young, as you recently turned 23, right?

“I’ve been acting for literally as long as I can remember! My Mom got me into acting when I was two years old and I don’t remember a time when I wasn’t acting.”

One of your earliest acting jobs was on Terry Gilliam’s dark and rather underrated Tideland, so how was it working on that one with Jeff Bridges? It must have been a little intense if you were only nine or so years old…

“Yes, I was nine years old and I turned ten during the production, and yes, it was very intense, but when you’re nine years old you sort of have this built-in confidence… I was like, ‘I can do anything! I can do any role!’ [laughs]. But I had a wonderful time working with Terry. I worked with a lot of incredible people when I was younger and never fully appreciated how lucky I was until later, but now I can’t believe that I worked with Terry Gilliam! It’s a very strange movie but it was so fun to work on, and he was an incredible director and I feel so lucky.”

“That was a pretty intense movie to do too. For me, well, I was a zombie for the entire movie, so I did what zombies did and staggered around… I still can’t believe that one happened too as I’m a huge Buffy fan. I’m like, ‘Did I really work with Joss Whedon? Did that really happen?!?’”

You’ve made so many movies and worked with some great directors, and you could name-drop shamelessly as you’ve worked alongside Jessica Biel and Radha Mitchell and Renée Zellweger and Chris Hemsworth and Kristen Stewart [on a couple of Twilight installments] and so many others. Really the best people, so I take it that you’re pretty happy with that and think that it’s cool?

“It’s very, very cool. Sometimes [laughs]. I can’t believe that it’s really happened and that I’ve really done all that… Sometimes I’ll see something in a magazine about Twilight or something and it’ll take me a moment to remember that I was a part of that. I’ve been very lucky… And I really enjoy meeting the guests at the conventions I go to as I’m really geeky myself! It’s the best environment for me to meet people that I look up to, even if it sometimes doesn’t feel real.”

You seem so upbeat talking to you now Jodelle, and yet looking at your credits there are so many dark and scary movies: Tideland, Cabin, Case 39, The Tall Man, Silent Hill and more. So do you gravitate to dark movies and projects or did it all work out that way just by chance, perhaps?

“I wouldn’t say that I seek out those dark sorts of roles: I tend to work on the kind of things that I am able to work on… And I would never say that I’ve regretted booking those sorts of roles as it’s really just so much fun to work on those sorts of movies. You get to do things you just don’t get to do in real life, so if I get to play the Devil or something, you know, it’s great. I do enjoy playing the villain as you just get to play around more… I do really enjoy the dark roles and sure, some of that is typecasting, but I don’t mind at all.”

Typecasting is a funny thing, as some actors complain about it but others don’t care as it means that they’re always in work…

“That’s true! Unless you get typecast in a genre that you really hate… But I don’t mind!”

And what sort of projects have you been working on recently?

“The last thing I did was a movie for [the channel] Syfy called Neverknock – and that was a pretty scary movie!”

And some final thoughts on Supanova, Jodelle?

“I’m really looking forward to coming back to Australia as those were some of the best conventions I’ve been to. So much fun!… When I go to conventions the fans are just really, really amazing and sweet, and I love meeting them and talking with them, especially as they’re all super-geeky – and I’m super-geeky too!”

For further information and tickets, head to supanova.com.au. Click HERE to purchase your tickets.