Joe Stilgoe – Songs On Film: Songs From Some Of The Greatest Films Of The 20th Century – Adelaide Cabaret Festival Interview 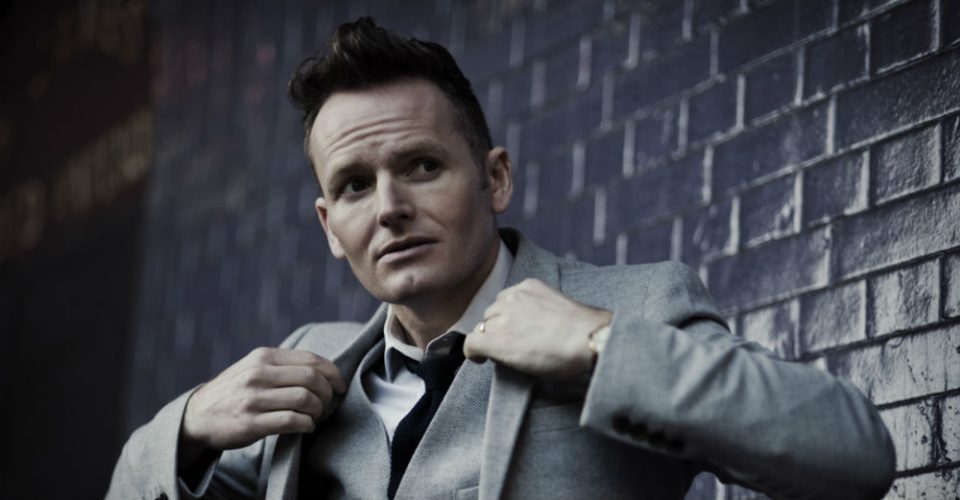 Following a sell-out season of Songs On Film at the 2015 Edinburgh Festival, launching his third album New Songs For Old Souls and sharing the stage with actor Kevin Spacey for a four month run of High Society on the West End, London-based internationally acclaimed singer, pianist and songwriter, Joe Stilgoe will bring the golden tunes from the silver screen to life at this year’s Adelaide Cabaret Festival. Joe has toured the world performing both solo and with his band, appeared in jazz clubs from New York to Berlin to Kuala Lumpur and has extensive history on UK radio.

Joe comes with a rich musical heritage with his father entertainer and lyricist Sir Richard Stilgoe and mother opera singer Annabel Hunt. Having recently become a father himself, we ponder whether the musical genes and the passion will be passed on again as we speak with Joe via email. We ask him to tell us about Songs On Film?

“It’s a romp through the musical moments in film that have really grabbed me, inspired me, made me laugh and made me cry,” Joe begins. “We celebrate some of the classic scenes, and some lesser known gems, while having a great time with the audience. We make it as interactive as people want to go. Some nuggets of advice – learn your movie themes!”

What do you like about bringing famous songs from films to the stage?

“Songs from the cinema are the reason I went into music; I learned them as I watched them. I think the first things I played on the piano were Star Wars and Cruella De Vil from 101 Dalmatians. I learned about jazz from films too. From High Society I learned that if you’re Bing Crosby you can drink champagne, be best pals with Louis Armstrong and have a love affair with Grace Kelly. That seemed like my perfect job!

“Songs from movies also trigger the most incredibly deep emotions for people,” Joe adds. “There is a visual memory to go with the music and that’s what I try to do. It’s like going to see a film, but without the need for a screen.”

Do the songs end up with different meanings when performed live? Or do you bring different interpretations to the songs?

“I always take a song and put my spin on it otherwise we might as well just sit and listen to the wonderful originals in a dark room. Everyone hears songs differently anyway, so I try to find something new in the interpretation – some spark or little musical reference from the film to really stir up the emotion of the scene or characters. We also like to mesh songs together that might not necessarily belong together.”

What songs can audiences expect in Songs On Film?

“There’s something in there for everyone,” Joe says. “If there isn’t, I’ll give you some popcorn! You will hear You Never Can Tell from Pulp Fiction, King Of The Swingers from Jungle Book and Raindrops Keep Falling On My Head. There will also be surprises from films as diametrically opposed as Bugsy Malone and Anchorman, plus my own cinema-inspired originals.”

Artistic Directors Ali McGregor and Eddie Perfect have constructed a program focussing on the future of cabaret and what the cabaret genre could be. How does your show fit into this theme?

“I’ve always tried to push the act along and make it relevant to the world today, even though I’m a classic nostalgist and we do mine from the treasures of the past. If I’m ever slotted into the ‘cabaret’ bracket I consider it a testament to the fun, intimacy and atmosphere we create on stage, but intrinsically we’re jazz musicians creating a show for people who don’t need to like jazz.”

Have you been to Adelaide before?

“I have, but my memories are a little sketchy as I was only eight months old at the time. No excuse, you might say, but I’ve been told I had a great time. This is my fourth visit to Australia so I know the country quite well and I love being there. I’m really excited to see Adelaide with my new grown-up memory capabilities.”

What’s next for Joe Stilgoe after the Cabaret Festival?

“We’ve just been in the studio recording a new album of film songs called Songs On Film: The Sequel. It’s out in August so I’ll be promoting that once we return from Australia. We’re going to Edinburgh Fringe, then a UK tour, doing a run of dates with my newly assembled big band and performing on radio and TV in the gaps. When I finally get a holiday, I’d love to return to Australia with the big band in the future. Maybe I could borrow one of yours?”