Johanna Allen – The Songs That Got Away: The Music Of Harold Arlen – Adelaide Cabaret Festival Interview 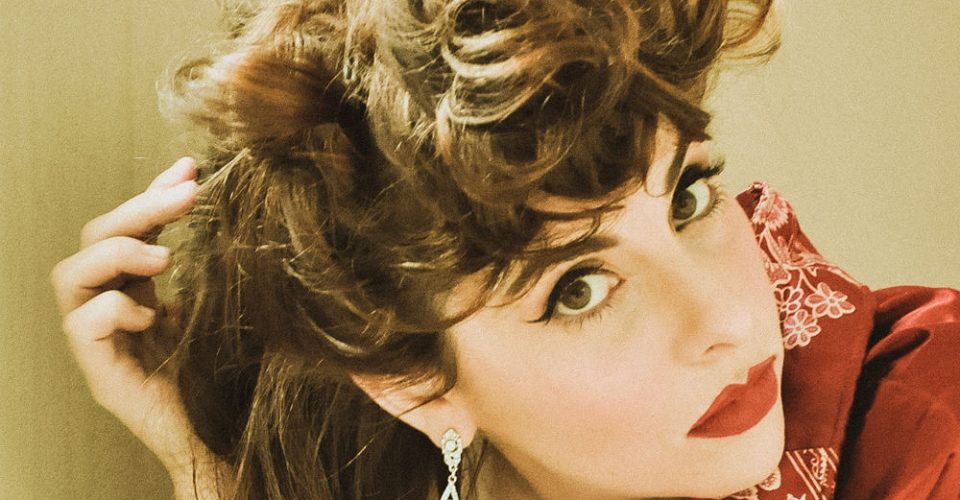 Between 1930 – 1970, composer and lyricist Harold Arlen penned over 500 songs, including the unforgettable Somewhere Over The Rainbow and Stormy Weather, for movie soundtracks, musical theatre and popular music. In that time, some of the world’s most famous leading ladies like Peggy Lee, Pearl Bailey, Lena Horne and Judy Garland have all sung Arlen’s timeless pieces and made them as memorable as the women themselves.

Johanna Allen not only has professional credits in musical theatre, opera, film, children’s theatre and Bachelor of Music Performance (Hons Voice) from the Elder Conservatorium, but she is also a popular stalwart of the Adelaide Cabaret Festival. Allen is presenting her latest cabaret offering The Songs That Got Away: The Music of Harold Arlen so The Clothesline sent her some questions via email to learn more.

You show celebrates the music of a very well known songster; someone we often recognise the music of before associating the name to- is this the first time the show is being performed publicly and how did it come into being?

“We’re doing a short season in Sydney at the Hayes Theatre first. It’s much smaller than the Banquet Room so it will be interesting to see how different the shows feel. What I love when I go to anything in a big space, is when the performer can still create the intimacy of a small space, and make me feel like this is a work being performed directly to me. I want to try and do this in Adelaide; the feeling of intimacy is the thing that live performance has over any other medium.

“One day I was preparing for another gig and got out Stormy Weather and a whole lot of other songs and I suddenly realised that it was all by the same person. All these famous songs are iconic and generally associated with a very famous female singer, yet nobody seems to know the name Harold Arlen. This is the man that wrote Somewhere Over The Rainbow – arguably the most loved song of all time, but how many can name the person who wrote it? I thought there was a story in that.

“Arlen’s life was fascinating. He started his career writing for women who didn’t really have a voice, and went on to write for very famous women. I knew I didn’t want to make a show where I was myself again, and I really wanted to create a character, tell stories and intertwine his music. We had plenty to choose from: The Man That Got Away’, Stormy Weather, Ol’ Black Magic, Blues in the Night, and a few less well known to mix it up, but all very recognisable.”

You must have many musical highlights in such a broad career – any you wish to name? Working with Michael Tyack on this show would surely be a high point in itself!

“I’ve known Michael for some time. This man is a legend and a genius – Musical Director of Mary Poppins, The Boy From Oz. Our paths crossed when I began working more in commercial theatre. Wicked was a very special show; I felt privileged to be part of the original Australian cast and I loved working for Sydney Theatre Company. I don’t think you ever feel in this job that you have completely ‘made it’; you climb forever without necessarily reaching the top. However, I’m beginning to work as a writer now, which I really enjoy.”

As an Adelaidian, are you biased towards events based in SA? Is there anything here back at home you have not yet ticked off ‘your list?’

“I love Fringe and Festival time, like everyone does – but my favourite is Cabaret Festival. It’s wintry and the atmosphere is like nothing else. Everything is under the same roof. It’s an incredibly special festival that I adore being a part of. I would love to be Artistic Director of the Adelaide Cabaret Festival one day in the future I think Barry Humphries is a wonderful choice for next year.”

Do you have a musical background within your family unit?

“I have incredible parents who never stopped me from what I wanted to do, despite the fact that through me, they have seen the hardship of it. I remember my Dad saying to me in my teens, ‘I don’t care if you want to go and become a Buddhist Monk. It’s your life. as long as you’re happy’.

“I had an education that celebrated all gifts; words, music and performance was always the thing that spoke to me. I did start Law about a year into studying Music and Theatre. It came out of that very feeling that I wouldn’t be able to survive as an artist. To be honest, nothing is certain in life. So I would rather try in the world I am in, than be sad I never tried in another one.

“I play the piano, and that has come in useful to assist in learning, teaching and directing. But I don’t really perform it live, but maybe in the future.”

Being heavily involved with such a public forum such as reality television shows such as The Voice, do you find that these kind of creative opportunities assist the music industry or are they best relied up as being good for purely entertainment purposes?

“This is a tricky thing. I don’t want to bite the hand that has fed me – but it’s a dangerous tight rope. I find the contrived level of drama on some of the reality shows a bit hard to take. I also find the homage to International ‘experts’ difficult to take. Are they all experts? Sometimes they are a package made by a recording label. Sometimes they are artists who have worked hard like all of us to make something, to push to the top and I admire their fight and commitment. What I think is – I admire an artist who has integrity. In whatever genre, in whatever field, I admire integrity.”

What career goals do you wish to have under your belt in five years time that have not yet perhaps even been more than a fleeting idea?

“There are so many! There are roles I desperately want to play – lots of them! Sondheim, plays, musicals, writing… I want to perform Arlen overseas in theatres and festivals there. I want to go back to New York and work there. I saw Jason Robert Brown’s Bridges of Madison County when I was there in January. He is such a gifted artist and played an incredible role. There are stories I want to write, including for television. In Australia, profile is a vital thing. I want to work on that with my own creative ideas – to gather profile is to gain choice. I am interested in artistic directorship but will always be a performer fore mostly though. That is a certainty.

“The Cabaret Festival is a wonderful example of not subscribing to the profile thing. Sure – if you look through the program there are lots of well known faces, but there are also people you haven’t seen before. It’s a mix of the known and unknown – very admirable, and not easy to pull off but the mandate and ethos of this festival is special and unique.

“I am incredibly proud of the show and cannot wait to share it with Adelaide audiences. I really trust that everyone has a wonderful time at Cabaret – I know I will! I hope I get time to fit in all those I wish to see. I loved Caroline Nin when I saw her last. She calls the audience to her with a whisper but it feels like a roar.”

Johanna Allen performs The Songs That Got Away: The Music of Harold Arlen at Banquet Room, Adelaide Festival Centre, at various times from Thu Jun 19 until Fri Jun 20.