John Dowler: It’s Not A Crime To Be Young & Modern – Interview 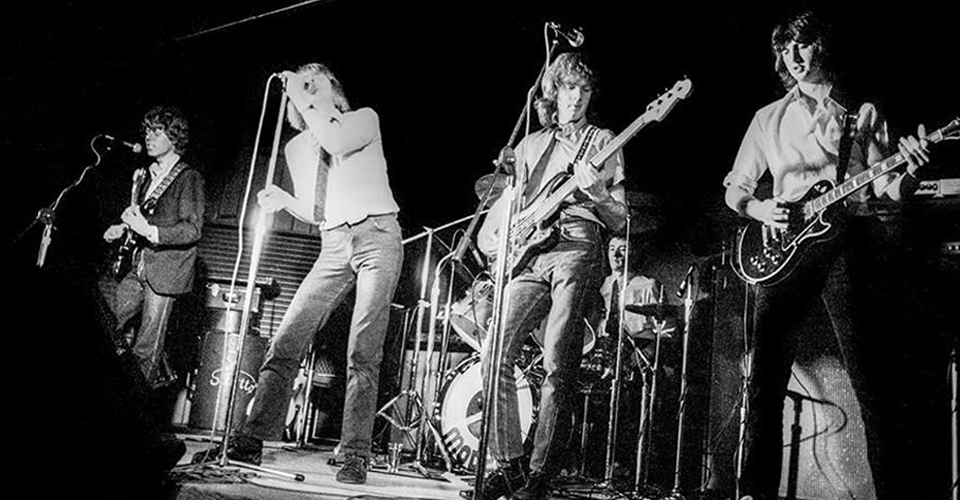 In the late 1970s, Young Modern were the rising stars of the Adelaide music scene, exciting audiences with an engaging brand of vibrant, melodic power-pop. Within three years, after finding themselves struggling to make an impact in a relatively unresponsive Sydney music scene, the band split. A posthumous album, Play Faster, soon followed and for a long time served as the only full-length memento of the band. In more recent times Young Modern have reformed, played and recorded on more than one occasion, and a little later this month they are doing it again – playing a show with Dust Collection and Safari Set at The Gov. We catch up with lead singer John Dowler at his Melbourne home and ask him what motivated the band to get back together this time around…

“Vic [Flierl] has been asking me for a while,” John begins. “The last time we played live, back in 2010, Dust Collection supported us and obviously he remembered that. He had this idea, this concept of doing it again, together with Safari Set. After lots of talking over the last 10 months, I said yeah. I talked to the other guys in the band and they all seemed pretty keen to do it. Then our drummer remembered it’s our 40th anniversary so we hung it all on that!”

What are you hoping to get out of the evening?

“I enjoy playing. I’ve got my own band here in Melbourne and I play on a semi-regular basis. With Young Modern it’s revisiting songs that I have a certain fondness for. For a brief 12-15 months back in 1978 we were the band in Adelaide. We had a rabid following; it was a really nice scene back in those days.

“I guess I have the desire to recapture some of that. At the reunion gigs that we did in 2006 and 2010, a lot of the old faces came out of the woodwork. They were both really nice nights.”

Is this a one-off affair or a springboard into something else?

“I’m pretty sure it will be a one-off. Maybe when the 50th [anniversary] comes along… by then I will be 76,” John laughs.

Young Modern had a look and sound that could have easily belonged to an earlier musical generation, and that very same aesthetic roared back into popularity in the early 1980s. Timing is everything, as they say. Are you satisfied with Young Modern’s place in the lore of Adelaide and Australian music?

“It was unfortunate in a way,” John says. “When we started off, it was just as punk was happening. I used to get the NME [New Musical Express], and I started reading about “power-pop”. I thought it sounded like a good label; one that we could use. I didn’t perceive Young Modern as power-pop at the time but we used the label because it seemed to gel with people.

“We broke up in Sydney in June ‘79 and literally two weeks’ later I saw The Knack live. I thought ‘Hmm, maybe we shouldn’t have broken up so soon…’.

“One of the guitarists decided he’d had enough. We were getting dispirited in Sydney; it was definitely a bad move for us, moving there,” he continues. “We should have definitely moved to Melbourne, if we were going to move anywhere. We had big-time management and they were probably a bit too big-time for us. We had our own truck, our own PA and our own light show; the overheads were huge. We were playing six or seven times a week and we just burned out. The idea of having to audition someone new; I just couldn’t face it. I was relatively newly-married and I just thought ‘nope’. I’d had enough. I pulled the plug. A few months’ later I moved to Melbourne and I’ve been here ever since.”

What did you think of the Aztec CD re-release of Play Faster?

“The packaging was great, the sleeve notes were really good – David Laing has always been a great supporter of Young Modern. In retrospect, the bonus tracks were probably not a great idea. But it was my idea, I picked them, so I’m responsible for that. If I’d known that we were going to do another album I probably would have left them off and kept it the way it was. I think it’s a fairly good summation of what we were doing back then. And pretty much the way we sounded live as well. The studio tracks were recorded almost live. A few vocal overdubs and that’s about it.”

“I actually think it’s the best of the three albums we did,” John says. “It was disappointing when it came out; it got a few good reviews but in the end it went nowhere. I guess that’s the problem when you’re in middle-age; you just don’t get the media attention that you get when you are a young and virile band, with a happening vibe.

“In the end it’s all about the music so if you get some satisfaction out of that, writing songs and recording them, certainly at my age, that’s all you can ask, really.”

When you are not busying yourself with Young Modern, you front John Dowler’s Vanity Project. How is that going?

“We’ve been going about two years and we put an album out in September last year. We play, on average, about once a month. We’re going to be going to Sydney sometime in October and, you never know, we might even get to Adelaide at some stage. Once again, it is very hard to generate publicity and excitement for old rockers. But it’s enjoyable and we have a hard-core following that seems to be quite devoted. The album came out really well. It’s not a living, it’s an expensive hobby but then all my bands have been like that. I’ve never made any money out of the bands I’ve been in.”

What can Young Modern fans, old and new, expect from your show?

“The band still sounds terrific,” John says. “I was over in Adelaide about two weeks’ ago and we had a couple of rehearsals; the band sounded great. Just to make it a little bit different, and to keep things interesting, we’ve pulled out a few songs we haven’t done live since we reformed, and we will be playing some of those. The element of surprise is about all we have left!” he laughs.

“We are also going to record it. If anything decent comes out of it, you never know, we might put out a live album. We’ll see how it goes.”