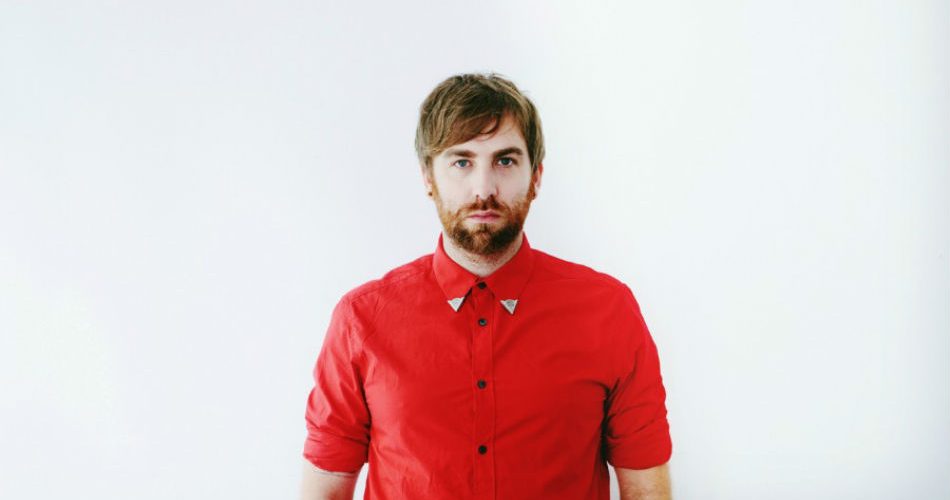 Josh Pyke is one of Australia’s most respected troubadours, known for his kooky and eclectic song forms that still manage to weave catchy hooks with articulate and introspectively poetic lyrics. As the waters flowing from the pool of creative output continue to wash over, and inspiration is drawn from the depths of his magical muse, Pyke’s latest offering, But For All These Shrinking Hearts, receives worthy accolades from both the music industry and his legions of loyal fans.

“It’s the highest chart debut that I’ve ever had; #2 on the ARIA charts and #1 in the Australian releases. It’s a testament to the strength of my core fan base which is something I don’t take for granted.”

You’re certainly very appreciative of the fans and the support you get from them. All the publicity in the world is not going to matter unless the fans actually buy the product, go to the gigs and support your artistic integrity.

“Particularly the gigs. For me it’s been 10 years and it’s a big deal to ask people to come out and spend 30 or 40 bucks on a ticket to your show, so it’s definitely the most important thing for me. I have a really great label and a team but if you took away the punters everything else would fall away pretty quickly.”

Recently you’ve ticked off one of your ‘bucket list’ items by performing with symphony orchestras. Over the last 10 years you’ve consistently sustained a fresh approach to your gigs, and the upcoming album tour continues in this vein with gigs at unusual locations such as Taronga Zoo in Sydney. The gigs on this tour are mostly all-ages shows. Why is that important to you?

“We intentionally chose venues that were a bit different and based the whole tour around the Melbourne Twilight series and zoo shows. It’ll be more of a family audience, which is something I’m quite keen to do.

“It’s always been important to me. My demographic tends to expands outwards every year to include people’s kids and younger siblings. This tour is with a full band again, which is going to be fun because we haven’t done that for a little while.”

Your song-writing has a cyclic momentum and has tendency to take the listener on a journey, and that crosses age barriers.

“Ooh, interesting! I like to tell stories in a way that are a bit more abstract and not so literal, and that people can relate to. I want my songs to be appealing to a broad audience but it’s not something you can plan for so I try to write songs organically, put them out and see what happens.”

One of the attractions of an effective poet is that the work is open to interpretation. The themes on this album are quite varied and include self-reflective opening track The Book Of Revelations, and the song When Your Colours Go, originally conceived for a theatre show.

“My relationship with creativity is one that I often reflect on and I was in a tender phase. I wasn’t really writing anything I was happy with and was feeling beaten up by the whole process, so I wrote a song about that. It sounds like a song about a relationship between two people and that’s what I wanted, I didn’t want it to be debatable in that way. In some ways I was talking about my relationship with myself and I write songs pretty much as therapy for myself. I’m quite a private person so I shroud my songs in as much metaphor and imagery as I can so that it’s not too direct.”

Synchronicity and paying attention can be an imperative element as a composer and artist. How did your creative collaboration with Marcus Azon from Jinja Safari come about?

“I’d heard a song on the radio when I was sitting in my local café and liked its style so I found out who it was and got in touch with the band via my manager. Turns out he actually manages them as well! Marcus and I got along really well and there’s something about his creative voice that really resonates with me. He came over to my home studio and within half an hour we had the beginnings of a really cool song. It was quite creatively quick and quite powerful. It must have that x-factor and I’ve learnt to hone my instincts as to when something is right.”

You’ve been an ambassador for the Indigenous Literacy Foundation for about five years and established the Busking For Change project in 2009, and more recently the Josh Pyke Partnership. Can you tell us the reasons you are so passionate about these projects?

“I was doing Busking For Change with the aim to raise $50,000 from gigs for the Indigenous Literacy Foundation. Once we achieved that goal we continued to give to them but we extended that to the JP Partnership to funnel some of the money into grants and mentorship for emerging artists. We partnered up with APRA and they generously doubled my contribution and in the end we were able to give $7500 and mentorship, which I think is an important part of it. So far two people have won; GOVS [the moniker of Gold Coast artist Josiah Birrell], and last year’s winner, Gordi from Sydney. I felt very excited to be able to contribute to their continuing artistry because it’s such an expensive barrier to break through when you’re starting. A lot of people quit at that point.”

It’s a great opportunity for beginning artists to have access to people that have been through the process to bounce their ideas and frustrations.

“It’s important to pass on your knowledge and not be coveted of your experiences and try to help rather than be competitive.”

What were the thoughts behind your album cover artwork design, which depicts a man in a top hat and tails next to an old-style mechanical device with the words ‘Ad Infinitum’ underneath the drawing?

“I came up with the concept and did a really awful sketch, then sent it off to an amazing artist called Chris Welch who put it together properly. It was inspired by a guy called Charles Redheffer who created a fake perpetual motion machine and was charging people a dollar a pop to come and see it, and then a sceptic came along and uncovered a man behind the wall cranking the wheel to make the machine go around. It was a perfect visual metaphor for a lot of the things that I was disappointed with and concerned about.

“The people that run the world are keeping the wheel moving at an unsustainable pace when the laws of physics and nature are telling us that we are going to run out of gas and coal. What it made me realise is that instead of that having a doomsday mindset human kind will always innovate out of trouble using creative thinking, and creativity is the true perpetual motion machine that we have. The words refer to the guy cranking the wheel into infinity despite the fact the laws of science are preventing it from happening.”

You’ve been prolific with your song-writing across a 10 year span, consistently releasing an album every two years. Do you feel any pressure to get the next one out in a similar time frame?

“I’ve finished renovating my studio at home but I try not to put any pressure on myself to write and record by a deadline. I’ll take the tour out regionally and then I’m planning to tour Europe around September. Beyond touring I’m just concentrating on having fun and spending time with my family and writing songs when inspiration strikes.”

Josh Pyke performs his But For All These Shrinking Hearts Tour at Her Majesty’s Theatre from 8pm on Fri 19 Feb (All Ages).