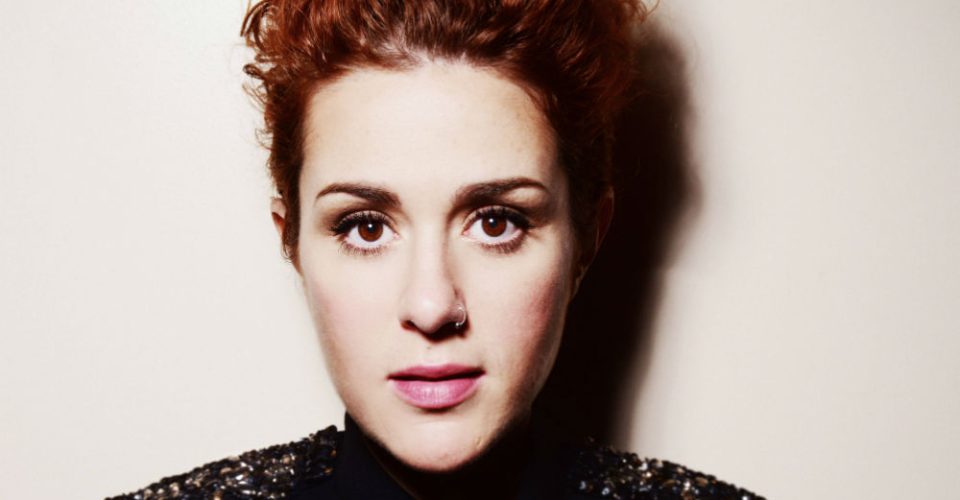 Four-time ARIA Award winning performer Katie Noonan is returning to town to perform as part of the Adelaide Fringe 2015 and will be bringing with her a brand new band and a new album: Peace Is My Drug. Katie will present a world-class program of original music while showcasing her soaring vocals and fine musicianship at The Garden Of Unearthly Delights’ Aurora Spiegeltent.

As many people would know Katie from ‘george’, the band she pioneered with brother Tyrone, we ask if this latest project has kept her within the same musical vein?

“george was such an amazing ride,” she begins. “It really surpassed all of our expectations, and was just brilliant in the things that we learnt and the people we had the opportunity to record and perform with. Certainly I have come a long way since then, I really believe a true artist is always learning and progressing. I love the fact there is always so much more to know and do.

“george was great for both me and my brother but, I have to say, doing our own thing now, it is nice to just brother and sister again without living in each other’s pockets. George was around for ten years. That’s a long time to have kept as busy as we were. We are lucky to have had the opportunity. It’s been brilliant.”

What have you done musically since those days?

“My partner Isaac and I have two sons, which keep us busy,” Katie says. “I enjoyed my time with the jazz trio, Elixir; it was a real journey of beautiful jazz and experimenting with classical sounds, and having the opportunity to work with poets and lyricists in the making of the music. I really loved recording with them, as well as having the opportunity to play with the ACO (Australian Chamber Orchestra) and many other great musicians.

“The new album was supported by using a crowd funding project called PlegdeMusic which has been amazing. It is a really savvy way to fund an album, and it also keeps those investing really invested – they are marketing for you, and cheering you all the way. The album was launch in February and we’ll be showcasing the songs of that album at our Adelaide show.”

Katie suggests that record labels no longer hold the power they used to have, which means the artist are not being dictated to, and have more control and creative input.

“It’s really a community collaborative to crowd fund,” she says. “I have been so fortunate to have been signed to major labels which have proved to be very fruitful and successful, but this is not always the case for some people. In this journey I learned a lot, enough so that I felt comfortable to go out on my own. All in all, I have produced six independent albums, but the money soon starts drying up [laughs]. Those albums include material I had the pleasure of recording with my mother, and few other jazzy albums, as well as my band, The Captains.”

Katie and her brother are not the only members of her family carrying and nurturing the musical genes.

“My mum, Maggie, is also a vocalist; a classically-trained opera singer,” she explains. “As kids, my brother and I got the opportunity to see and hear a lot of amazing music and were lucky to have had a great musical education. Even outside of the family home we have some great musical comrades. The band I am bringing to Adelaide is called Vanguard, which consists of Stu Hunter and Declan Kelly from The Captains, and newcomer Ben Edgar who played previously with Angus and Julia Stone. It’s very exciting.”

What would you say your most amazing or proudest musical moment has been so far?

“The standout would have to be the Aria Awards,” Katie enthuses. “That was just so bizarre, so surreal. The night just flew by and we won a huge number of awards and had such a great time. This was of course with george but really, overall, I think the fact that I have the opportunity to perform full-time and create the music that I sing is so fortunate. I feel truly blessed.”