Bright Lights, The Music Gets Faster: An Interview With Kim Wilde 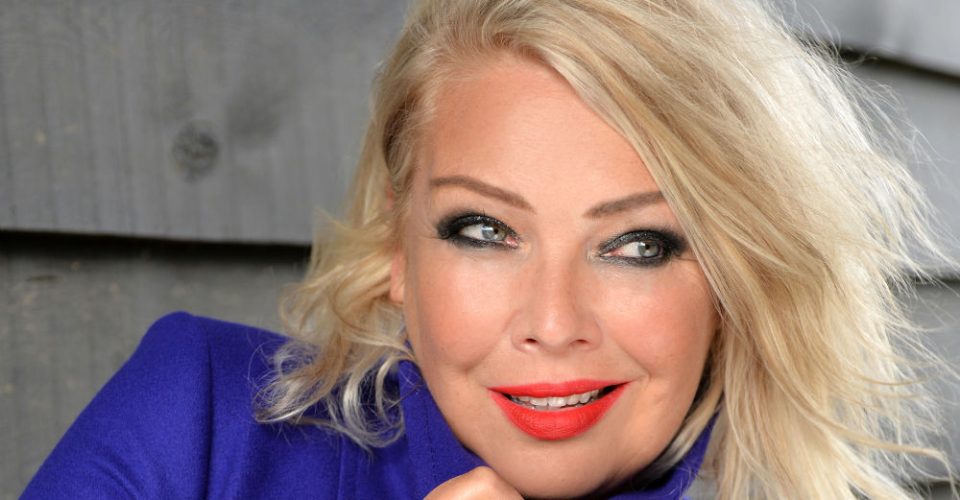 Kim Wilde hadn’t been up long when she recently spoke to us by phone about her impending Australian tour (she was in “a bit of a toothpaste daze” after a Gilmore Girls marathon with her daughter the night before), and yet she still had plenty to say about her fond memories of this country, her most famous songs, those awesome ‘80s and a little tune called… um… what was it again?

When was the last time you were in Australia, Kim?

“I was last there in 2013 with Nik Kershaw. That was really great and I loved it… An amazing time, a great tour, and I can’t wait to get back! I first came to Australia when I was 13 so yes, I’ve been going backwards and forwards for years… I’ll be doing about an hour and 10, and it’ll be hits like Kids In America and my cover version of You Keep Me Hangin’ On and a few surprises.”

Now you’ve said the magic words, Kim, I can reveal that I still remember when I first saw you performing Kids In America on Countdown in what must have been early 1982, and I was pretty young and you were too. Were you about 20 at that point?

“I was. I was about 20 when I met Molly and did those shows, yes. I also had a Number 1 in Australia with You Keep Me Hangin’ On and did a lot of promotion for that one in the later 80s. I also came for my album Close in 1988, and I also came back for a singles collection… And then I started coming back during the noughties.”

Was being a pop star and touring during the ‘80s – especially during the earliest days – a little scary?

“Well, you know, I was just so focussed. I know that people have far more noble vocations in life, but mine was to be a pop star and I was always thinking about it during my teenage years. By the time I was 20, and Kids In America came out and, luckily for me, which is a bit of an understatement, was a massive success, it just gave me the passport to my career, which I had been rehearsing in my mind since I was a very young girl. By the time I hit 20 I was ready to roll… I suppose that being young and sexy like that is just a role that we all play out, in a way. I got to play it out as a famous pop star, but we all remember being young and sexy.”

Kids is still your signature song, and you still hear it on radio and on movie soundtracks, so you can’t really underestimate how big it still is. And it was written by your brother [muso Ricky Wilde] and Dad [pre-Beatles English star Marty Wilde], so did they also help you get the song recorded and out there?

“It’s strange when you think about it: I was at art college, my Mum had just had a baby – my parents married when they were 20 and had me and Ricky and then 20 years later had my brother and sister – and so we were all in the house and they were writing and there was this little baby. And the rest is history, as Ricky was such a great songwriter and was so inspired by what was going on in the music industry… Although we’d always had a great vinyl collection thanks to my Dad, and so we grew up listening to Elvis and Sinatra and The Beatles and Joni Mitchell and Carly Simon and Aretha Franklin. There was always this big dollop of music going on around the house, and my Dad would also play Tchaikovsky in between playing Bookends by Simon and Garfunkel… Just this treasure trove of music.

“And then along came this amazing decade, the ‘70s, with some of the greatest music ever written, and then the ‘80s with Gary Numan and Human League and Heaven 17, and all the keyboards and synths that influenced Ricky and his production… I was doing a radio show a few weeks ago and, you know, I tend not to listen to my old music, but I had my headphones on and Kids In America came on and it just still sounded so fresh and strong and edgy and powerful. When we play it live now, the audiences react in this amazing way, and it’s still just got that energy. When my brother and my Dad wrote it they, I don’t know, must have tapped into some universal energy or something, and then I play it live and it’s like this tsunami effect, and you can see the joy and excitement in people’s faces as they hear that song. There’s something mysterious and beautiful about it, and I really appreciate that and it brings me great joy to sing it… We’ve kept it very authentic, and we keep looking at the song again and again and making sure that we’ve got the right tempo, and we try not to make it sound like some new, revamped version. We want it to sound like it did the day it was released.”

And what about some of the other work you’ve been doing in recent years? Like you collaboration with Nena [of 99 Luftballons/99 Red Balloons]?

“Yeah, she rerecorded some of her own hits and she asked me to sing on one of them, and it was quite a hit in Europe and it encouraged me to start writing again, as I hadn’t done much in recent years… I’ve been recording and writing ever since really. She got me back in the saddle!”

Did you ever hope to move into acting?

“I never thought of myself as an actor, although what I do has a lot of that performance thing in it… I did do some acting in the West End though, when I was Mrs. Walker in Tommy, and that’s where I met my husband. But acting, straight acting, never feels right for me. I never feel I can be honest as an actor, but when I’m being Kim Wilde I can.”

And what about your pairing with Howard Jones for the tour? Was that something you two thought of, perhaps?

“We were approached with the idea for the tour, and I think it came from the promoters in Australia. They thought that it would be great to have a double-header with me and him, but unbeknownst to them, Howard and I were already friends, so it worked out well. When I say friends, I mean that he and I have worked together a lot in recent years, and we’ve spent some lovely and happy times together… He’s one of my comrades, and he and I will be doing a song together onstage, and we’ve never done that before.”

I’ve also been instructed to ask you about landscape gardening. Don’t you have something of a second career in that field?

“Yes, absolutely. It was unexpected, as it started off as a private passion, and it wound up with me at the Chelsea Flower Show!… Gardening is a big part of my life now.”

And finally: do you foresee a time, Kim, when you might need to stop touring, or can you go on singing Kids In America for many years to come?

“It’s an interesting question, as I feel like I have much more to come with my music. I just got back from a tour in Holland which was amazing, and that’s a strange thing to say when you’re at the point I am in my life. I mean, I’m only five years away from being 60, which is kind of interesting! My Dad’s also just going out on tour himself, and he’s 77 and he’s still got it all going on and he’s still shake, rattle and rolling… I can’t see an end to it for me, but whatever happens, I’ll be there on stage with my own hits.”

Kim Wilde and Howard Jones perform at The Gov from 8pm on Tue 8 Nov. The second show added due to popular demand on Sat 12 Nov is sold out.

Book at The Gov at thegov.oztix.com.au. Click HERE to purchase your tickets.

For further details go to metropolistouring.com/kim-wilde-howard-jones