Lally Katz: Stories I Want To Tell You In Person – Interview 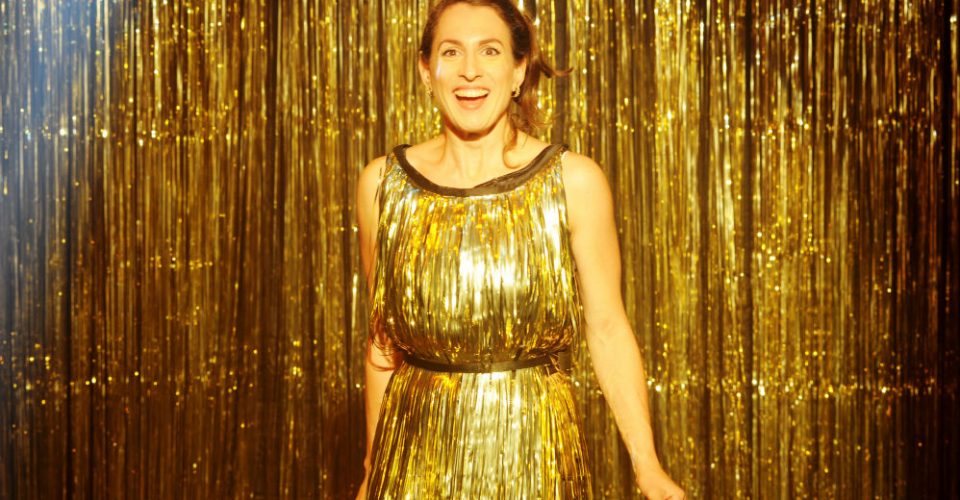 Lally Katz has earned a well-deserved reputation as a gifted and prolific writer. With over 20 play scripts to her name, not to mention the occasional television episode or short film script, some of her major successes include the award-winning The Black Swan Of Trespass (2003) and more recently Neighbourhood Watch, presented in May 2014 by the State Theatre Company of SA and starring Miriam Margolyes (Harry Potter, Dickens’ Women).

Born in New Jersey, Lally has called Australia home since the age of nine and graduated from the University of Melbourne’s Victoria College of Arts in 2000. Now back living in the US, Lally was commissioned to write a play about the GFC – Stories I Want To Tell You In Person is the result.

We speak on the phone with an enthusiastic Lally who is tells us about ‘Stories’.

“Everything in this show is pretty much true,” she begins. “I was meant to write a show called Fortune, which I did write, although for some reason everyone is saying that I wrote this play instead of that one. But I did write it… the producers just didn’t like it and so rejected it! Admittedly, I handed it in about six months late but what are you gonna do [chuckles]?

“Fortune was about this finance guy during the Global Financial Crisis who ended up working with a psychic. But while I was writing it, I kept going to New York to see psychics; I was obsessed with these people who were offering to help work out my life and love and everything and charging me a lot of money for it. One of them even told me I was cursed.

“My agent had a conversation with Belvoir in Sydney, who had commissioned and rejected the other play, and told them that I was kind of thinking of doing a solo show about these psychics – which I had completely forgotten about – and they wanted it. So, then I had to learn how to act [laughs]! That’s how it all started.”

Many people like seeing psychics; there are some good ones and some right shonks. How much of what they told you did you let rule your life?

“I saw a few – good and bad,” she says. “There is one woman I still see – a healer – who is really great. Her readings were always quite specific so they had a big influence on my life. But the psychics from New York were quite broad and really just tried to sell me the American dream for single women; I was going to get married in a year, have three children, all of my dreams were going to come true and have everything I wanted – but the one thing standing in my way was a curse.”

How much of the show focuses on the psychics and the way your life has gone because of them?

“Basically, the story takes place over two years,” Lally explains. “I give a little background information about myself before the story starts with this deal that I had made with my subconscious that I would always put writing over love and how this has become a curse that I want to get out of, but it is too powerful. Then I meet someone I really like.

“So the show takes place just before the show starts and when this crazy disaster happens. The story doesn’t extend to now – except for some stuff I may say to the audience off-the-cuff, it remains contained from around early 2011 until mid 2013.” 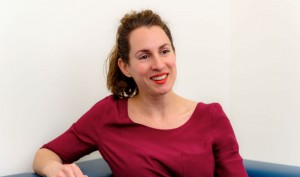 Was it cathartic to write Stories, or did you just question all the things you did with a sense of ‘What the…?’

“It did help me to deal with things better, but the weird thing is every time I do this show I get really sick,” Lally says. “The day the show was meant to open in Sydney, I had to be rushed to hospital and ended up having surgery and the show got pushed back. It was a crazy, crazy thing that I was warned about which could not have been coincidence!

“Stories has certainly made me know myself a lot better. I guess I’m performing a true version of myself and the only way that you can make that work is to go into it by seeing and feeling everything again. I’m not sure it has helped me change as much as I’d like it to but it has certainly made me more self-aware.”

Has it helped you to trust yourself more as opposed to putting all your faith in other people?

“Yeah… that would have been ideal,” she laughs. “I wish that I had changed but I still seem to be constantly looking for advice and answers from people. I’ve got this great psychiatrist at the moment, who I try out all my material on. She’s trying to help me make my own decisions,too… But I haven’t quite got the process yet [chuckles].

“Stories has changed my life in many ways, although maybe not in the way I expected it to… or maybe it was how I expected? I don’t’ know. But I do know that this show has been huge for my career; a real game changer. I’ve just finished making a two-part episode series of the show for the ABC, so I’ve become an actor, which is something different for me. Up until now I’ve just been writing, so learning to act on screen has been super exciting.”

Has all of this allowed you to have a relationship?

“Yeah,” Lally says hesitantly, “for about two years. But that broke up at the beginning of the year. It worked for a little while, and I went and gave the psychics as few more ‘top ups’ on my curses, but I think my belief ran out and it all stopped working.

“To be honest, I do believe that they are magic, but I also think they’re crooks, even though some of the sad things that they told me would happen did come true. But I usually spoil it for myself in love because I’m always looking for the ‘stories’ in my relationships, which makes for interesting relationships. Things worked out for about a year before it all fell dramatically apart.”

Is this show a stand-up monologue or are you acting sections out?

“It’s just me on stage but I play other characters, although I do a bear that comes on stage every now and then. He’s called the Apocalypse Bear who I have at work with me. There’s also someone I talk about in the show a lot called The Full Jew. I’m half-Jew but on the wrong side,” Lally laughs. “He was the boyfriend who I fell madly in love with, but broke up with earlier this year.

“I really love Adelaide audiences,” she concludes. “I had so much fun being the audience during Neighbourhood Watch, so I’m looking forward to communicating with people directly and telling them these stories as I relive them on stage.”

Lally Katz performs Stories I’d Like To Tell You In Person at Bakehouse Theatre from 8pm on Wed Oct 29 until Sat Nov 8.