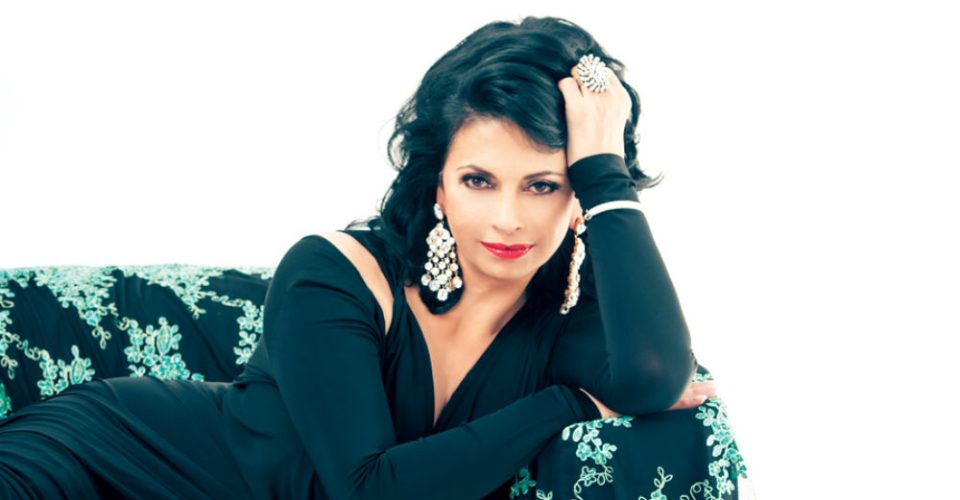 The highly awarded and multi-lingual Dutch songstress, Laura Fygi, combines the musical influences from her multicultural background to create a unique feast of jazzy Latin rhythms and French delights. Celebrating 25 years as a solo artist, Laura is most famously recognised as the daughter of an Egyptian belly dancer raised in Uruguay.

Laura speaks with us from her home in The Netherlands in the lead up to her first visit to Australia. We ask how she came to be a part of the Adelaide Cabaret Festival 2015.

“I actually didn’t know about the Cabaret Festival when they first contacted us – at the request of Barry Humphries – to see if I would be interested in doing a concert. I don’t know how he knows me, but it’s probably through social media or YouTube. The fact that Barry was the one who invited me makes it even more exciting.”

Tell us about the show you’re bringing to Adelaide.

“Well it’s pretty entertaining,” Laura says. “I’m not the sort of person who would sit down and sing one song after another; I always like to involve my audience, and the band. I will be performing with local musicians; I don’t know them as yet, so we will start rehearsals when I get there. But my show is always fun, and emotional. I enjoy interacting with the audience so I like it when people participate in the show; it’s sort of a party.

“I enjoy when the audience sing with me or get up and dance. It’s always fun. I want people to go home and think that this was their show and not anything like staying at home and putting on a CD.”

Is this something you have created specifically for the Cabaret Festival?

“Not really,” she replies. “I’ve always had my favourite songs that I do, songs that I choose so I can have the interaction with my audience. They’re all well-known songs; the Great American Songbook, French and Spanish. I really know the songs, so it’s not especially for Adelaide, but I’ve been on stage for 25 years now so I’ve done quite a few songs.

“Sometimes it’s difficult because every show I have to the choose songs but I have so many of them that I like to perform. But you only get one hour, or seventy minutes, to perform, it’s hard to decide which ones to leave out.”

What are some of your favourites then?

“A few Spanish songs,” Laura says. “I did a Latin album, with memories from when I was a child living in Uruguay. I also like to do some French songs; some Michel Legrand tunes. I always choose songs from different albums if I can. I have 15 of them, so it gets pretty hard to choose sometimes.”

Will you be performing anywhere else while you are in Australia?

“Sadly, I won’t be there very long. I have shows here in Holland, so we will be there just a few days before the shows. I have two shows at the festival and then the following day I leave for Bangkok, so that won’t leave much time to look around.” 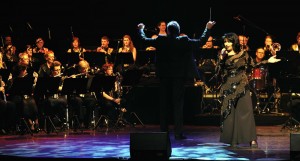 Laura tells us that she grew up in a very multi-cultural background and started singing quite young.

“I was always singing at home and I was 10 when I did a show in a big concert hall,” she recalls. “I was always involved with music. My parents used to play a lot of music. My dad used to love the Great American Songbook songs, so I grew up with artists like Ella Fitzgerald, Frank Sinatra and Tony Bennett. You can name it and I knew it.

“My mother used to love French songs and Michel Legrand. Then, when I lived in Uruguay and heard all the Spanish songs. So, every one of my CDs is actually a part of my life; a memory. When you travel a lot, you hear a lot of music in a lot of cultures and influences. I loved it. It was fine travelling from one country to another.”

Was there ever a moment in your life where you thought, ‘Okay, I’m going to be a singer. This is what I want to do!’?

“I don’t think I ever thought of anything else,” Laura says. “There’s nothing else that came into my mind other than that I want to be in show biz.”

And your parents supported that?

“Well, my father died when I was eight. To tell you the truth, my father would not have supported that at all. He was very strict. He would have had me at school and college and university. But my mother used to be a belly dancer, so she was quite artistic and loved it. When she married my father, who was director of The Phillips Company – you know, quite posh and everything – she had to stop working. So, he would never have accepted my choice of career. But Mum was proud.”

Do you do any belly dancing?

‘I do, I do,” Laura enthuses. “Actually I still have her costumes. She hid them in the attic from my father, but she gave them to me. They are about sixty or seventy years old.”

How glorious. Is there anything else that you want to add?

“This year is my 25th anniversary and the year that my double album came out. I asked my fans all over the world to give me their favourite songs. On the first album, there are 20 of the favourite songs chosen by my fans. It’s really all the fans’ choice; I didn’t choose any of them.”

“Yeah, well I always want to know what moves them, what gives them pleasure when they’re listening,” Laura says. “There are songs that I’ve recorded but have never done on stage. It really surprises me like, ‘Oh, wow, I wouldn’t have chosen that, but that’s okay, it’s your choice.’ On the second album I have twelve songs that have been recorded before but have never been released, so it is semi-new for a lot of people. I hope people like it.