Lawrence Mooney Is Coming To The Adelaide Fringe… Surely Not? – Interview 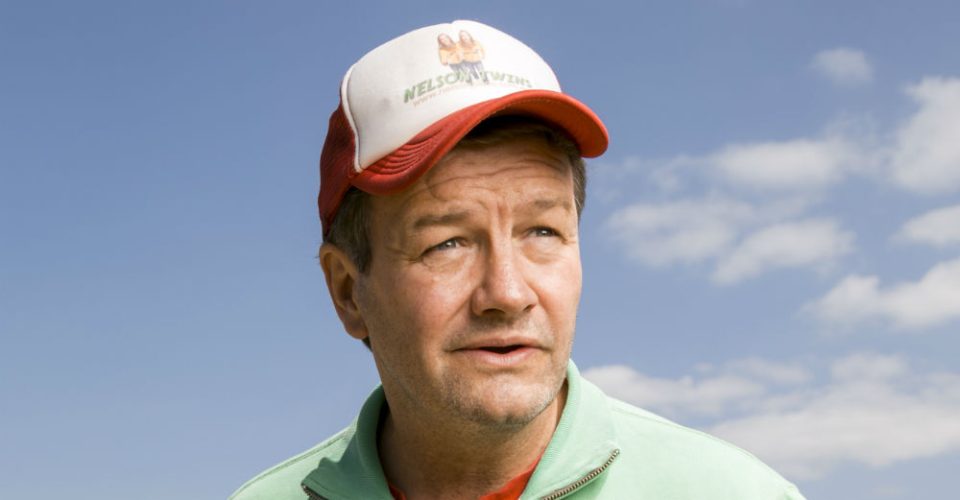 Lawrence Mooney is a Melbourne-based television and radio presenter, writer, actor and comedian. He won the Melbourne Fringe Best Comedy Award in 2011 and reached the semi-finals in NBC’s 2007 Last Comic Standing. According to Mooney himself, Surely Not is his reaction to most of the shit he sees and a way for him to spew vitriol.

We sent Lawrence Mooney some amusing questions. This is what he had to say.

“The first gig was May 1994 at the Champion Hotel in Fitzroy. I did 20 minutes and it went off. I’ve still got the tape. Pony tail, torn jeans, very Kurt Cobain.”

“The massive gratification getting a laugh gave me, that and the deep yearning for constant attention.”

“I wouldn’t really change places with anyone, I love being me.”

“I really would have loved to have played with John Belushi and Dan Aykroyd on Saturday Night Live but I’d be dead as well.”

“What do you call a Cockatoo wearing a raincoat and carrying an umbrella? Polly Unsaturated. F*cking Gold!”

“It’s all comedians and there’s no way I’m picking one. Oh, and Bill Shorten.”

Richard Griffiths on Withnail And I:’I’ve been preparing myself to forgive you. I think it’s time to release you from the legumes, and transfer your talents to the meat.’.”

Best gig, worst gig, and why?

“Best was Canberra Theatre last year – they loved me.

“No imaginary friends. Too busy driving my pretend car around the house.”

“Host of Dirty Laundry Live on ABC TV. The last real job I had was high rise window cleaning in 1998.”

“I’m an outstanding marksman with rifle and arrow.”

“I have an enormous sperm count; it can be lethal if I don’t have sex regularly. They can only reduce it in a hyperbaric chamber.”

“The Royal Melbourne Show and Caravan Holiday in Echuca.”

“Weirdly footballers leave me a bit breathless, I love them.”

“People stopping in doorways and people in general are just so dumb.”

“New York City 1947 to join Jack Kerouac and Neal Cassidy on their journey across America.”

“I suck up to them and comply. I’m not good at telling people to fuck off until I am blind drunk then I’m great at it.”

“Best advice was you can never learn much whilst you’re talking. F*cking Gold.”

“I perish to think, I’ve given so much bad advice. Don’t listen to a word I say.”\

“I was in a Melbourne International Film Festival Q&A with Ring Lardner Jnr – one of the blacklisted writers during the McCarthyist era – who was answering questions. He was very old, I’d read his book The Ecstasy Of Owen Muir and had a question to ask… but I just choked. I regret not talking to him. I love that book.”

“Yes, I’ve had that honour bestowed upon me.”

“Tomas in The Unbearable Lightness Of Being: ‘If we had two lives we could compare doing this and not doing this but we only have one life, so let’s do this.’ …or words to that effect. It worked a treat all through the 90’s.”

“I filled in for a comedian whose mum was sick. The MC told the crowd that just as he introduced me. I was crashing and somebody yelled out, ‘I wish your mum was sick.’ Gold!”

“Rum and Raisin, because I’m a dad and it’s the traditional flavour of dads.”