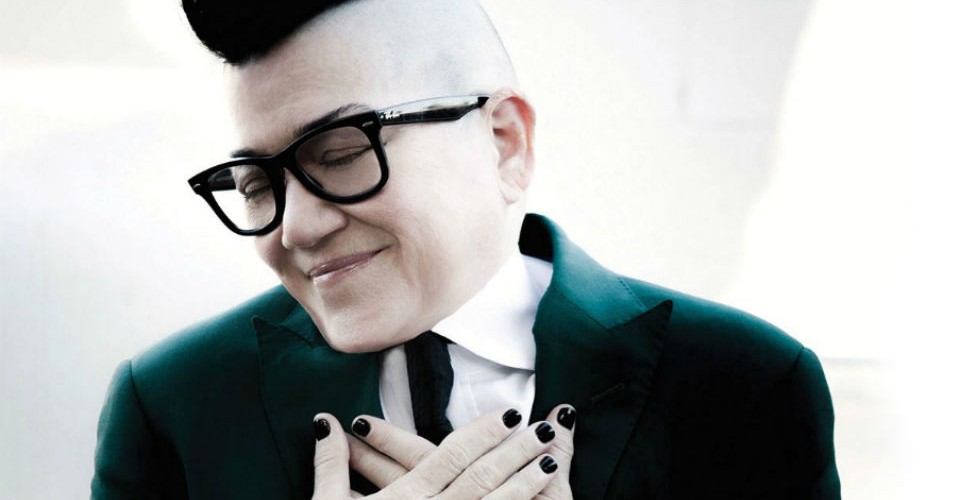 Lea DeLaria is bringing her House Of David: delaria+bowie=jazz [album] show to the Adelaide Cabaret Festival for one night only, and she recently answered some probing questions for The Clothesline via email, explaining what her show’s all about, what audiences can expect, and what fans of Orange Is The New Black might be in for when the Netflix show returns.

Lea, you were in Australia in February for the Sydney Mardi Gras and now you’re coming back for Adelaide’s Cabaret Festival, which is very cool. But how’s the jet-lag?

“I’ve toured Oz four times and performed at the Festival, I think, twice before. The jet-lag I take care of with Xanax, Aderrall and hot Australian girls.”

Your show House Of David: delaria+bowie=jazz is being promoted as a combination of your take on David Bowie songs in a jazzy style with your brand of comedy thrown in, so is that right?

“It’s not JAZZY, it’s JAZZ!” she says. “The songs are performed in the language of jazz, a variation on a theme, if you will. Some swing. Some are fusion. Some are gospel etc. The comedy, as always, is loud, wild and in your face. You can expect to laugh hard, tap your feet to the rhythm and hear a whole lotta queer stuff!”

How big a David Bowie fan are you? And did you perhaps meet the guy?

“Bowie was a huge supporter of this album. He featured it on his website and encouraged people to contribute to the crowd-funding campaign. All of his musicians and back-up singers have come to see me perform it. I put it out seven months before his death. Believe me, I was bereft at his passing. Like we needed another reason to hate cancer.”

Someone like you who can sing, act, do comedy and more can be a tricky type to pigeonhole, especially somewhere like Hollywood, so do you maybe think of yourself as a singer who acts or an actor who sings – or something else?

“I think of myself as a fat dyke!”

You’re beloved over here for playing Big Boo in Orange Is The New Black, so can you tell us a little about how you were originally cast in that series?

Big Boo is also a character who has changed as the series has progressed, as she was quite scary at first but she’s got funnier and a bit less frightening. Or do you disagree?

“I never really thought of Big Boo as scary,” Lea says. “I think Red [Kate Mulgrew] is scarier than Big Boo. What’s great about the series is how it reveals how you have to do what you have to do to get by in that environment. I absolutely love playing Boo, as well as being on the show.”

Can you tell us what to expect when the sixth series of Orange hits Netflix later on this year?

And, finally, can you tell us what you’ll be doing once you get home after your Australian trip?

“I am touring,” Lea says. “My character from Pixar’s Cars 3, Miss Fritter, is being installed in a ride in Disneyland which, let’s face it, is fucking awesome! I am recurring on [TV’s] Shameless and I am also starting rehearsals for a new off-Broadway play this fall.”