Bay City Rollers feat. Les McKeown [Scot] Returns To The Gov With All The Hits From The ’70s When ‘Tartanmania’ Filled The Hearts Of Teeny-Boppers Around The World ~ Interview 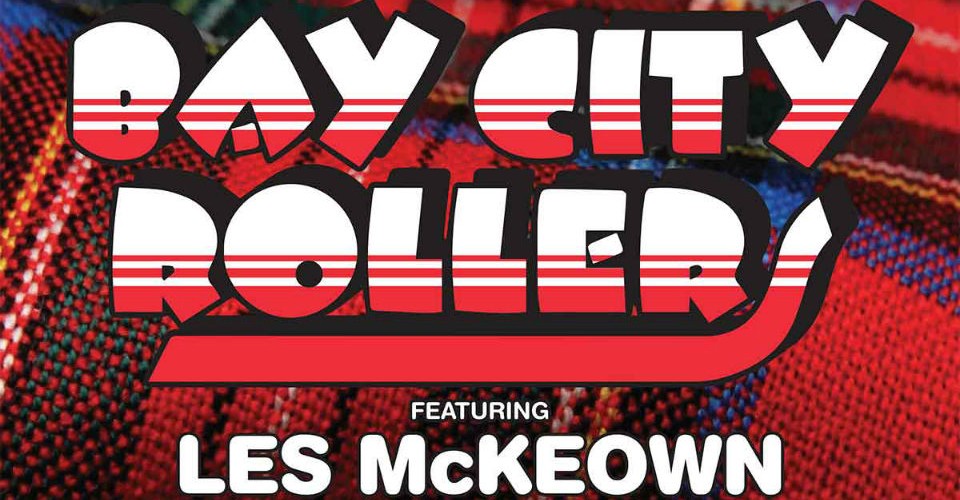 Following on from their successful tour in 2018, the Bay City Rollers featuring front man Les McKeown are making their way back to the Governor Hindmarsh Hotel for one night only. Easily Scotland’s greatest pop/glam export back in the ‘70s when ‘Tartanmania’ was at an all-time high and teeny-boppers made poster murals on their bedroom walls of these teen idols from Edinburgh.

Kathryn McGowan was one of those screaming teeny-boppers, and therefore is very pleased to be speaking with her favourite ‘Roller’ Les McKeown.

Let’s go back to where it all started. The Bay City Rollers were a global phenomenon back in the ‘70s who sold over 120 million albums touring the world to a legion of adoring fans. Did you ever wonder what made you so successful?

“No I really didn’t think about it too much, I was too busy enjoying myself,” he says. “It was a big adventure for us. I was almost as young as the fans, I was 19 when I came to Australia the first time so it was a huge adventure for a little Scottish laddie from the wrong side of Edinburgh.”

Looking back over those times, even though you say there is nothing you would change, is there any advice that you would give your younger self? 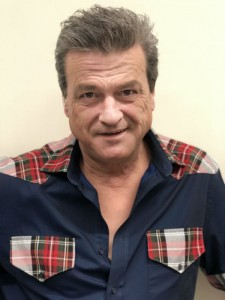 “We were pretty young and feisty, lots of spunk and we wanted to be awake all the time and just be on more of an adventure. These days I take things a little bit easier but not much has changed really. Fans still want to get a hold of me and sing along with me and meet me and stuff so there’s still a buzz there even though so many years have passed by.

“It’s still great,” Les says. “It still gives me a lot of enthusiasm to go out and try and be my best on the stage – try and meet as many people as possible, tell them thanks very much for their support and its great out here, so many great stories about what happened back in the day. Fantastic stories!”

Having seen you perform at the Governor Hindmarsh last year, it was so good to see that the band is great and you’re still fully charged. It was fabulous to be taken on a musical journey back to when you were at your peak, and you are still touring the world after all this time.

“Yeah, I’m been pretty much travelling all the time since I was 15,” he says. “Absolutely love it – we spend six months of the year travelling in the UK, doing Festivals in the Summer, plus international tours and two months in Japan in February, with the rest of the time being spent at home in Hackney, London – very close to the Olympic Stadium!”

Japan was a great territory for the Bay City Rollers. You went on to have a successful solo career there, didn’t you?

“Yeah, I had a brilliant time there for three years. It was great. I was living in a Buddhist temple. My wife Peko, her father was a monk and had his own temple in Himeji. I used to speak fluent Japanese but I’ve become a bit rusty since then.”

It was sad to hear of the recent passing of founding member and bassist of the Bay City Rollers Alan Longmuir.

“He hadn’t been well, but none of us thought he was terminally unwell, just that he needed to maybe exercise a bit more and look after himself,” Les explains. “He had been in Mexico for a holiday and he caught a vicious virus which started to attack his internal organs. When he didn’t improve he was flown home in an air ambulance back to Scotland. They tried very hard for over a week to stabilise him but this thing had just got hold of him and there was nothing they could so apart from putting him into palliative care.

“My wife and I went up to be together with Derek and Alan’s wife Eileen to sit with them and talk to Alan when he came to give him some comfort. It was nice to see Alan and to be with him. I’m happy that he’s now at rest but sad that he’s gone. Alan was a trooper – he was a proper Roller. I’ve seen Alan break his bones in his feet when he was playing football once and he still came on stage with his leg in a stookie (cast) and do his thing. Nothing could get in the way of him coming on stage. So, I’m absolutely sure he wouldn’t want me to do anything different than what I’m doing.”

Do you still see other members of the original band?

“I wanted to put together a reunion for the fans but unfortunately Eric wasn’t very well at the time,” Les says, “and Derek hadn’t played the drums for 26 years, although we still could have included him somehow. But, he didn’t want to do it so I was left with Alan, Woody and I. We had a very successful tour in 2015, doing six or seven gigs up and down the UK. In 2016 we did the same thing again, ending up in Glasgow to a crowd of about 6,500 people.” 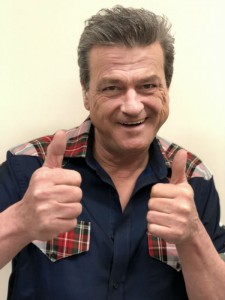 When have you been most satisfied with your life?

“I think now, over these last ten years. I control my destiny now, of course with all the help of the fans,” he says. “I’m able to manage myself, book the hotels, book the agents, book the equipment, book the band, book everything and have everything under my control. Not in the way (ex-manager) Tom Paton did but in a productive, positive way. I’ve got the co-operation and friendship of my band, I’ve got good guys to be on the road with, and I’ve got good relationships with agents all around the world. They know I can deliver, and I know I can deliver, so when they book us there’s no problem.”

“No idea. I get what you’re saying though – I really do think it’s a very shallow outlook on life if all you want to be is famous for fame sake,” Les says. “I remember when I was younger I wanted to be a singer in a band and I wanted to be on Top Of The Pops – which was my favourite show. According to everyone around me I was singing all time, I was the singing paper boy who delivered newspapers, I was the singing milk boy who delivered milk, so everybody referred to me like that. They always used to say to me, ‘you should be a singer in a band, you’ve got a great voice’ and it got through to me so when at age 15 I was invited to leave school, I joined my first band and never looked back.”

What can fans expect to see this time around, are there any changes to the show from last year?
“To be honest, we change according to our feeling on the day,” Les says. “The fundamentals of the show will contain a staple diet of our hit songs including Summer Love Sensation, Shang-A-Lang, Saturday Night, I Only Want To Be With You and Bye Bye Baby. But we change around some other songs for the fans, but also to keep us on top of all the songs we play, so usually it works out very well.

“I’m looking forward to seeing you all in Adelaide.”

Book at The Gov at thegov.oztix.com.au. Click HERE to purchase your tickets. 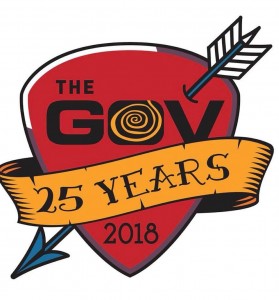