Lior With Paul Grabowsky: Two Of Australia’s Most Respected Artists Together For One Night Only ~ Adelaide Cabaret Festival Interview 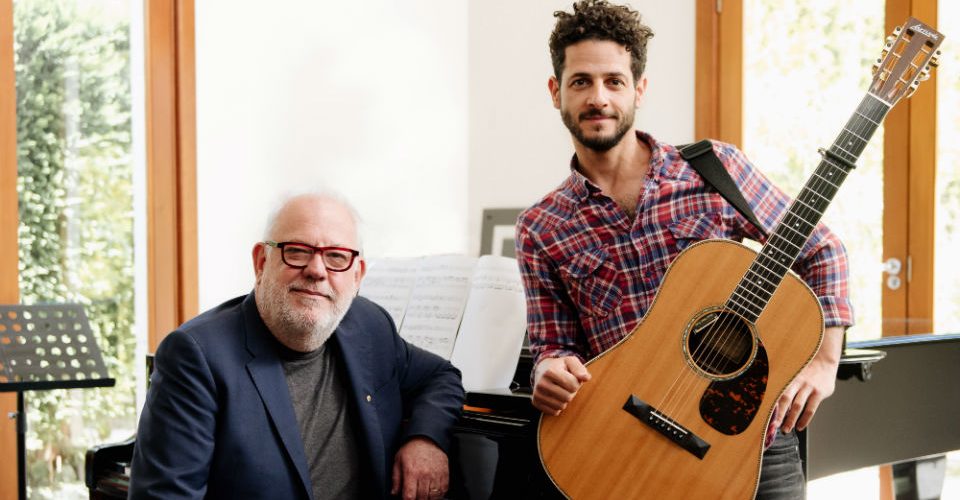 [ADELAIDE PREMIERE ~ AUS ~ IF YOU LOVE… MUSIC THAT MOVES YOU]

Coming together for one remarkable night at Adelaide Cabaret Festival are two of Australia’s most respected artists. ARIA award-winning singer/songwriter Lior came to the fore of the Australian music industry in 2005 with his debut album Autumn Flow. His collaboration with composer Nigel Westlake Compassion won best classical release in the 2014 Aria awards. Multi-award winning pianist and composer Paul Grabowsky is a staple in the musical industry, and former artistic director of the Adelaide Festival.

We speak to Lior, via email, and begin by asking him whose idea was it for him and Paul Grabowsky to collaborate for a duet concert performance?

“I have to give the credit to Paul who approached me through a mutual friend. Paul has worked with a handful of singers over the years and felt that it would be interesting to explore a project together.”

You put down the guitar for this performance and let Paul Grabowsky’s piano do the talking?
Yes,” he says. “The idea is that I let go of the guitar – which is such an integral part of both how I write and perform. When Paul and I started working together, I thought that perhaps it would turn out to be a conversation between guitar and piano, but I quickly realised that Paul’s playing takes a life of its own, and that I should drop the guitar and let him paint all the colours around me while I focus on how to best deliver the lyrics.”

Were you surprised to find yourself working with Paul?

“I wouldn’t say surprised but I certainly felt privileged. You don’t get to work with musicians of Paul’s calibre often in your life. Particularly given he has put so much time and energy in reinterpreting and adapting songs that I have written.”

How did you choose the songs for this performance? Are they more recent songs or can we expect some Autumn Flow?

“We chose songs that we felt would best garner a new life through reinterpretation. The result is that the repertoire is very much a spread across my entire catalogue. There are songs from Autumn Flow right through to the latest songs as well as even a couple from side projects I have been involved in.”

You perform songs on solo guitar, in an orchestral setting with Nigel Westlake and now jazz with Paul Grabowsky – you must be enjoying your musical journey?

“Certainly!” Lior says. “At the core of it, I consider myself a singer songwriter who, through voice and guitar, expresses himself on the strength of lyric and melody. While I am passionate about this form and medium, it doesn’t always satisfy all corners of my musical curiosity and I feel lucky to have been able to be immersed in side projects with incredible musicians/composers such as Nigel and Paul in doing so.”

Have you both found it easy to work together?

“Paul and I hit it off straight away,” he says. “While some songs took some reworking and experimentation and musically it wasn’t always quick and easy in getting there, the friendship seemed to develop from the outset and I would say we have become close in a relatively short amount of time. The mutual trust and respect was never an issue.”

When you come to write songs for your next album, do you feel anything about your approach will have changed as a result of working with Paul?

“I don’t think so. It’s more that we are now both interested in seeing what would happen if we approach the songwriting from the outset together.”

Are you performing this concert anywhere other than Adelaide?

“We have performed this show in some of the other major cities and just returned from a series of shows we did together in Germany,” Lior says. “It feels like a good time to bring it to Adelaide Cabaret Festival because the show still feels fresh but has found its stride.”

Lior With Paul Grabowsky performs at Dunstan Playhouse, Adelaide Festival Centre, from 9.30pm on Fri 7 Jun [ONE NIGHT ONLY].
Book at BASS on 131 246 and adelaidecabaretfestival.com.au. Click HERE to purchase your tickets.