Lists Of Note: The A-Z Of What Makes Us Human – Book Review 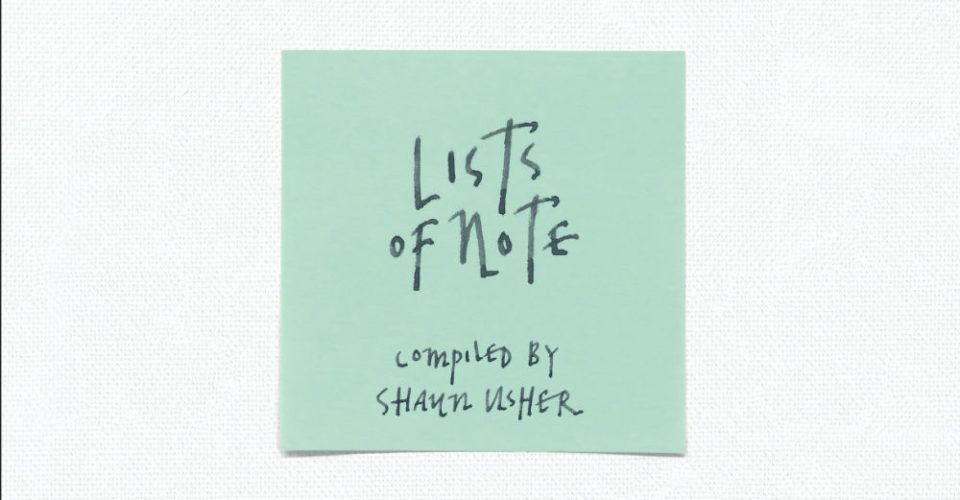 Usher’s follow-up to Letters Of Note is another beautifully glossy tome, this time gathering together 125 lists (presented as is, translated, deciphered or whatever) written by everyone from scientists, authors and movie stars to artists, sociologists and activists. And the many highlights here make a nice list themselves, so check out…

‘Kiss June’, an undated ‘Things To Do Today’ list from Johnny Cash to himself, where he notes that he needs to kiss his wife June, not kiss anyone else and not write notes.

Secretary Evelyn Lincoln’s rundown of potential suspects, written a few hours after JFK’s assassination, November 22, 1963, of who might have killed her boss of 10 years. And it unsurprisingly includes Nixon, Hoffa, Cubans and Communists.

A long log from 1788 in George Washington’s handwriting where he attempts to keep track of his slaves’ names over the years.

‘The Mafia Decalogue’, a supposed checklist of the rights and duties for those in the Cosa Nostra (author unknown, and it’s probably best that way). 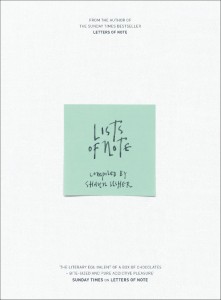 ‘Einstein’s Demands’ from 1914, where he runs through the things that his wife needed to do for him to be happy in his work. They divorced five years later .

‘Must Make Effort To Do’, Marilyn Monroe’s New Year’s resolutions for 1956, of which the final is the sad “Try to enjoy myself when I can – I’ll be miserable enough as it is”.

A 1609 shopping list penned by Galileo that notes the many things he required to build a more powerful telescope.

The lovely ‘The Fake Books Of Charles Dickens’, all about fictional books he mocked up to fill empty shelves, and including Bowwowdom: A Poem, Forty Winks At The Pyramids and The Art Of Cutting Teeth.

A Paramount list of alternative titles for Alfred Hitchcock’s Vertigo as they hated his choice, and including Don’t Leave Me, Dream Without Ending and Steps On The Stairs Terror.

Favourite book lists from Norman Mailer, Ernest Hemingway, Edith Wharton and others, all of which are full of titles few would dare endure these days.

Notes from one of Nick Cave’s 1984 diaries where he records words that might sound good in a song one day. Examples: amuck, aneurism, avast and auto-eroticism.

And Gandhi’s ‘Seven Social Sins’ from 1947, where the final one, ‘Politics Without Principle’, feels especially pointed at the moment

Lists Of Note is available through Allen & Unwin at www.allenandunwin.com