LITTLE ME: MY LIFE FROM A – Z ~ The Big, Bad And Bald Facts From ‘Little Britain’s’ Matt Lucas – Book Review 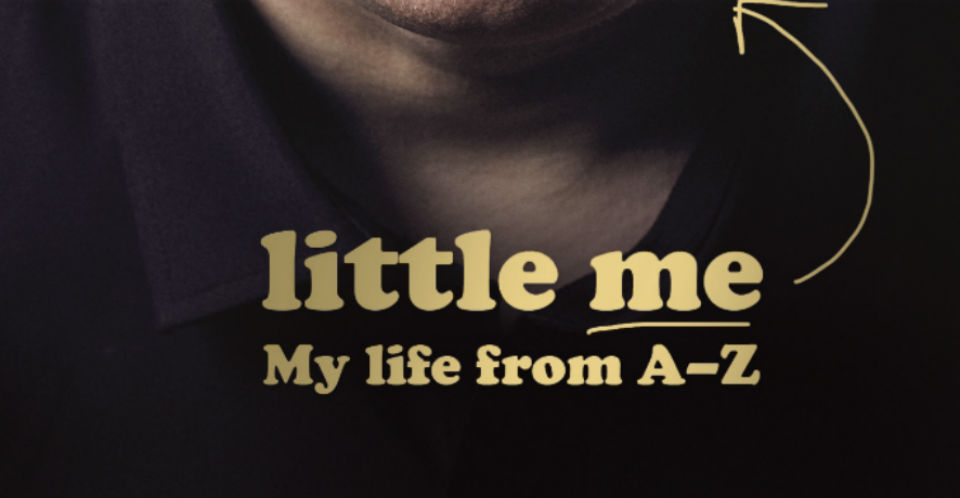 Lucas (co-creator of TV’s Little Britain, Peter Capaldi’s co-star in Doctor Who and more) here frolics through an alphabetical, non-chronological series of autobiographical chapters regarding his life and times, all of which are written in a conversational tone that veers between the quite agreeable to the seriously irritating. He apologises for so much as we go on (name-dropping, for example), and yet what he really should be feeling ashamed of here is the fact that he often comes across as less naughty and impish and more just plain childish. 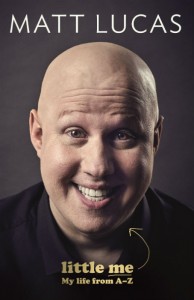 A is for Accrington Stanley (his first big role in a school play) and then we’re off, with other notable sections including: Baldy!, which details the accident he had while on a family holiday as a kid that led to his lifelong and now-signature alopecia (ie. hairlessness); Eating, probably the most annoying bit here, as Matt discusses all his most-loved (and oh-so-English) foods; Gay, which deals with his coming-out, although first he had to come out to himself; Jewish, all about his relationship with the faith, even though he and his family were never devout; Really Big Britain, a lengthy look at how the show (2003 – 2006) came to be and how it couldn’t be done now in the age of outrage; The TARDIS, a slightly immodest discussion of being part of the whole Who thing; and Prosopagnosia, a genuine psychological condition that causes the sufferer to be unable to properly distinguish faces (although in Matt’s case this surely has more to do with the fact that other people distract him from his favourite subject).

Although he states in the preface that he’s not going to talk about his relationship with the late Kevin McGee, he does so anyway (under K), and it’s easily the best and most moving sequence of the whole book, simply as he’s not rambling on about Kristen Wiig, matzo soup, English TV shows you’ve never heard of, or schooldays that, it must be said, sound all rather privileged and unexciting. No, he’s actually speaking from the heart.