Little Shop Of Horrors: The Cult Classic About A Singing Plant With The Taste For Blood – Interview 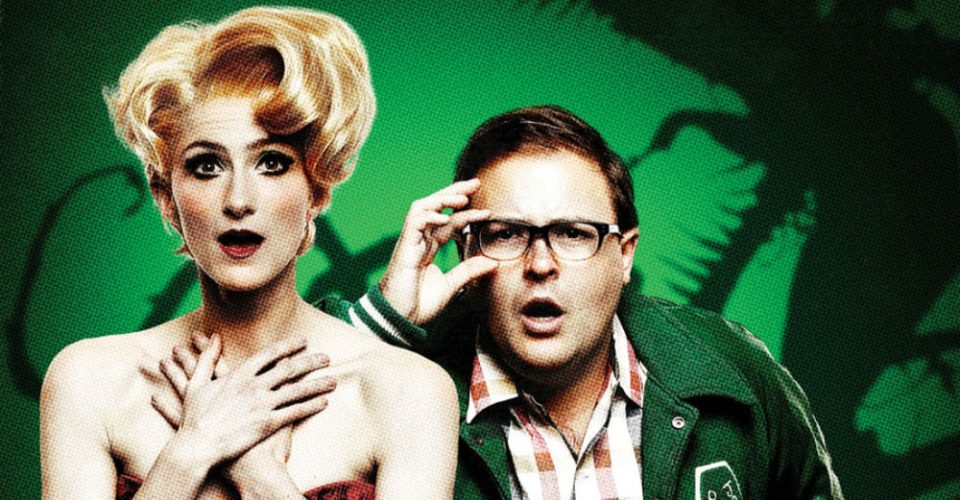 Laced with dark humour and irresistible music, Little Shop Of Horrors is a cult musical comedy hit and one of the longest-running off Broadway shows of all time. It’s also a popular choice with community theatre groups and schools – as long as they can source the integral Audrey II plants.

Inspired by the 1960 Roger Corman film of the same name, this rock musical version of Little Shop Of Horrors premiered off Broadway in 1982 before enjoying a lengthy successful run on Broadway and in London’s West End. The stage musical eventually inspired the 1986 film version by veteran puppeteer Frank Oz that starred Rick Moranis. Howard Ashman and Alan Menken (Disney’s The Little Mermaid, Beauty And The Beast and Aladdin) rock a doo-wop score including the popular songs Feed Me, Suddenly Seymour and Somewhere That’s Green.

Following a successful season at Sydney’s Hayes Theatre Co., Luckiest Productions and Tinderbox Productions are bringing the Little Shop Of Horrors to major cities around Australia. Beginning in Adelaide, the producers behind the 2014 musical triumph Sweet Charity have assembled the same creative team – Director Dean Bryant and Choreographer Andrew Hallsworth – who have joined forces with master puppet-makers Erth to create a brand new Audrey II for the 21st Century.

Playing the lead role of the meek, down-and-out floral assistant Seymour Krelborn is award winning actor Brent Hill. The Clothesline speaks with Brent and asks what it’s like to play Seymour?

“I think it’s a really iconic role and Little Shop Of Horrors is such an iconic piece of theatre,” he begins, “not only for Seymour, but for Audrey as well. I grew up with the film and Rick Moranis and Ellen Greene’s wonderful portrayal of these two characters. We went into rehearsals not wanting to replicate those performances but to really look at the psychology of these characters.

“Everyone has a real ownership over Little Shop Of Horrors. People have really fond memories of the show. People talk about how they see themselves as certain characters or how they have been in old school productions or just sung the soundtrack a lot. I love the stage show and the movie and I especially love the character of Seymour.”

Brent compares the ownership people have with Little Shop Of Horrors to the Star Wars franchise and his experience seeing the new film Star Wars: The Force Awakens.

“People want this quota to be filled with these sorts of film or stage shows,” he says. “They want it to be very new, but also just the way that they remember it. So with that in mind, I think Dean Bryant (director) has done an exceptional job of bringing those two elements together and as a cast we all try and uphold that.”

The story of Little Shop Of Horrors follows Seymour as he stumbles across a new plant species that he names ‘Audrey II’ after his co-worker crush, played by Esther Hannaford. But as Audrey II grows and grows – into a foul-mouthed, smooth-talking, R&B-singing carnivore – Seymour discovers that feeding his ambition starts to require juicier and less justifiable ingredients. Before he knows it, our accidental hero Seymour and the gutsy but guileless Audrey must battle the perilous and persuasive plant – not just for their lives, but for the very future of planet Earth. We discuss the massive role of the plants in the show.

“The plants are expertly designed and constructed,” Brent says. “They are great! They are like a Pokémon which evolves through its three stages of evolution. You start with the baby plant that is so sweet and innocent. It then grows to the juvenile plant, which is almost Velociraptor-like; it has some really powerful jaws and it have been made to move really quickly. The first time in rehearsals when we were learning how to move the puppets some of the cast got inside and we were amazed at how real these puppets were. The final adult plant is operated by the whole cast. It is all hands-on-deck. It is really great and really scary.”

What is it like playing opposite Esther Hannaford as Audrey each night?

“She is horrible! You walk in everyday and you feel like spitting in her face,” he laughs. “Actually, she is amazing to work with. Esther is always present and it is a real honour to work with her.”

And how do the whole cast get along with each other?

“We fight all the time and there is a lot of kicking, screaming and stamping of feet,” he jokes. “Sorry, I’m being silly again. We all get along really well. When you all share a dressing room it is always interesting to see how that pans out. It’s great though; everyone works very well together. As a unit we are very tight so I am excited to be touring together.”

Little Shop Of Horrors performs at Her Majesty’s Theatre, at various times, from Wed 20 Apr until Sat 30 Apr.

Book at BASS on 131 246 and bass.net.au.Click HERE to purchase your tickets.