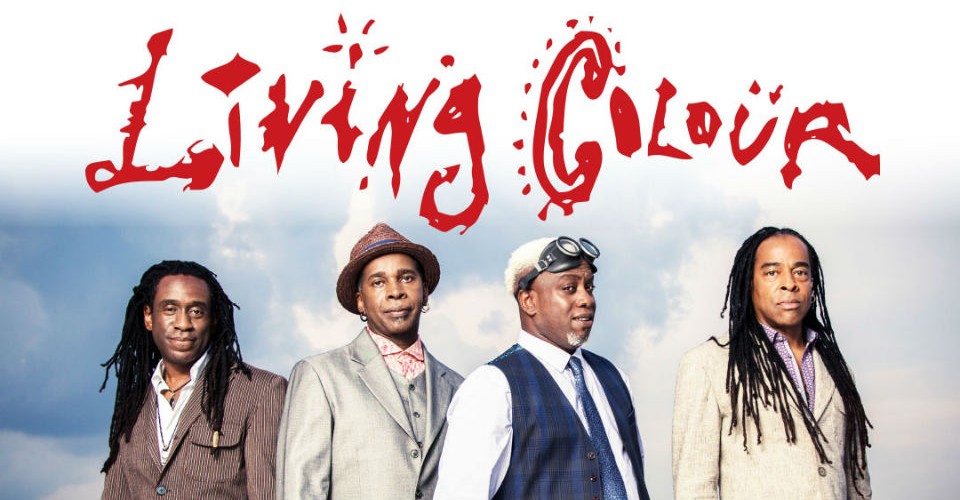 It’s not every day you get to chat with a lifelong idol, a two-time Grammy winner, and a genuine guitar hero. As the founder and primary songwriter of Living Colour, Vernon Reid has been melting fretboards and faces all over the world for more than three decades. Having once reclaimed Rock‘n’Roll as a black artform at the apex of the hair metal craze, Living Colour’s music, with its recurring themes of racial and societal tension, is more relevant than ever.

With Living Colour returning to Australia to preview their forthcoming album Shade, Vernon Reid joins us by phone ahead of their Wed 17 May performance at The Gov.

Hello Vernon, are you there?

I am fantastic; it is so great to get to chat here. I am a huge fan, and I’ve followed Living Colour since you hit MTV; I was about 12 or so at the time.

So first, let me thank you for your inspiring work, which has meant and continues to mean the world to me, both as a fan and a local artist, and I’m so excited that you’re coming to Adelaide.

“Yeah, man, I’m looking forward to it; it’s one of my favourite cities in Australia,” Vernon says. “I’ve played the Adelaide Guitar Festival; it’s a fun town, they have a great skateboard park – quite a few of them – so yeah, it’s going to be fun to be back in Adelaide.”

Having seen the way that Living Colour has toured and performed, both together and apart over the past few years, it seems that you guys are working as hard as ever and still growing as musicians. Tell us about your work ethic and how you stay motivated to grow as an artist and a player.

“Well, I think every day is a challenge. The main thing for me is getting out of my own way. I’m always in the way of what I’m trying to say. The challenge is to get closer to just having a real expression artistically, you know, it matters, and the fact that it matters to the four of us is why the band can create an atmosphere and a vibe that is really unique unto itself.

“Corey can take a room and turn it into a revival,” he says. “He’s a remarkable front man, and he’s incredibly underrated. Will Calhoun is one of the world’s top overall drummers in pretty much all different styles, and Doug Wimbish a legendary bass player, so when we all come together it’s really pretty fantastic.”

Your last album, The Chair In The Doorway,was, in my opinion, as fine an album as your band has produced. What was the process of making the new album, Shade, and how did you maintain the quality and the artistry?

“It’s been a long road,” Vernon says. “We worked with Andre Betts; he’s been a friend to the band for a long time and has brought a different perspective to the work. It’s been a very rich experience working with him, and a lot of fun.

“There have been challenges along the way because he’s kind of a hip-hop guy and we made this record to have more of a blues kind of influence, even though it’s not a blues record, per se, so it’s a mixed bag. I also think it has contradictions and that’s one of the things that make it work artistically, in that there are things happening inside of the expression that you might go, ‘Well, wait a minute. You said that this was a blues thing, but why is there a rapper on this tune [laughs]?’

“You know, it fits inside the history of the band,” he adds, “in that we’ve always had diversity and these kinds of stylistic contradictions on our albums; we have a song that has a horn section, a great trombonist on another tune. It’s got a combination of a bit of that Texas blues thing, a little bit of the New Orleans vibe, which is really, really cool. At the same time, we have Who Shot Ya? [The Notorious B.I.G. cover from last year’s teaser E.P. of the same name], and a cover of the Marvin Gaye classic, Inner City Blues on the album, and so there’s a few things that are really interesting.

“But then there’s a song like Program, which is really, thoroughly produced by Andre Betts, but it’s very interesting how it turned out, a really interesting confluence of events. Glass Teeth is kind of a surreal hard rock tune, and was mixed by Ed Stasium who produced our first album [1988’s double platinum Vivid]. It was really great to work with Ed again, so I think it all comes together in a way that works.”

I’m originally from D.C, so as an American abroad it seems like a lot of the problems that America has been struggling with are reaching kind of a boiling point, and Living Colour’s music is more relevant than ever. Do you ever wish the forces of greed and oppression would just retire so you can write more love songs?

“Yeah, I know, it’s weird,” Vernon says. “It’s one of the most crazy things, realising the things we did over twenty years ago are more relevant now than they were then. This record is no exception; it wasn’t even a thought in my nightmares that Donald Trump would become the President of the United States, and a lot of what we touch on is very much about income disparity, the necessity of the ability to express oneself freely, the notion of activism, and consumerism.

One of the endearing things about your songs is the sincerity. You aren’t too cool to get on the soapbox, to point things out bluntly when it’s not right, to put abstract political ideas into ground-level, human terms, and not everyone can get away with that. Do you think being virtuoso musicians making complex music gives you more freedom to state things directly from the heart?

“It’s sort of like music actually comes from a place… for example, I was talking about Burt Bacharach and Hal David, and Dionne Warwick to somebody and we, all the time, hear about music as a social consciousness, and music that speaks truth to power.

“I don’t know if you know, but Burt Bacharach and Hal David’s music was very big in the Sixties,” Vernon says. “The song, Do You Know The Way To San Jose? is a light, kind of pop ditty, which is really about going out to the West Coast to seek your fortune. There’s a line in the song, that’s the most devastating critique of capitalism and the American Dream: ‘L.A. is a great big freeway, you put a hundred down and buy a car, in a week, maybe two, they’ll make you a star. Weeks turn into years, how quick they pass, and all the stars that never were are parking cars and pumping gas.’

“So, when you listen to that song, you’re not thinking biting social commentary,” he suggests. “Yet it’s delivered with a beautiful voice, and it just goes by. “If you stop and really listen to the lyrics, that’s as heavy as anything that Bob Dylan has put down.”

Vernon went on to say that a great song can say anything you want it to say, and that’s the whole point. A song doesn’t have to be political; it can be, but the song has to work as a song.

“A lot of what we did was kind of a diary, a chronicle, for African-American men just dealing with the country that we call our home. We’ve engaged in a narrative our whole career, with America and with the world. Not everything is political, like Broken Hearts and Love Rears Up; they’re personal but all those things happen in context of society and this record also is a conversation about that.”

Living Colour perform at Governor Hindmarsh Hotel from 7.30pm on Wed 17 May with special guests.