7:30am Saturday Morning: On The Phone with Lol Tolhurst, Author of Cured: The Tale Of Two Imaginary Boys – Interview 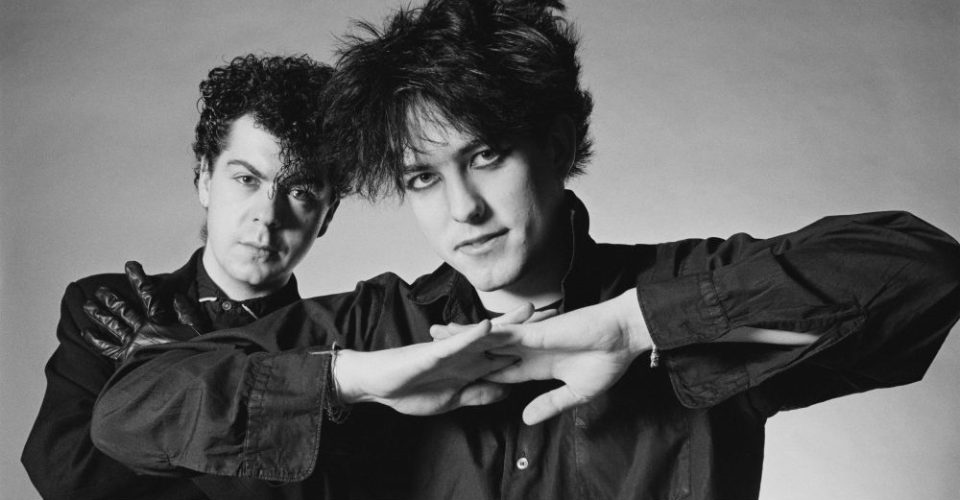 Lol Tolhurst, drummer and keyboardist for and a founding member of The Cure, recently spoke to us about his autobiography Cured and discussed what drove him to put pen to paper (or fire up the computer) and confess all.

Before we get properly into talking about Cured I do need to ask: as some of our younger readers might think that your nickname is some kind of cyber-gag, would it be okay if I pointed out that you were actually born Laurence?

“No, it’s got nothing to do with computers [laughs]. It’s just an abbreviation, like Lol Creme from 10CC and Godley & Creme… But I am the original Lol!”

As for the autobiography, can you tell us how long it took to write after you’d made the decision to sit down and do it?

“Well, it took the whole of 2015. I decided that I couldn’t do it at home, as at home I’d be distracted by thinking okay, now it’s time for lunch, or okay, maybe there’s something good on TV, and so I got myself a little office and five days a week, four or five hours a day, I worked on it… I kept myself pretty busy that way, and by the end of the year I had enough for a book, and then I had to edit it. But yes, I blocked out the whole of 2015 for it, and that was just about all I did.”

As this is such a personal tale, and so much about addiction and dark times, was there maybe anything that you thought you should cut? Did you ever censor yourself? 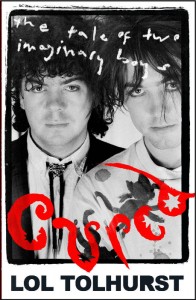 “Not really. Before I wrote the book I thought okay, I’ll read as many memoirs and autobiographies as I can, and two of them really stayed with me and I really enjoyed. One was Steve Martin’s Born Standing Up and the other one was [Guns N’ Roses bassist] Duff McKagan’s [titled It’s So Easy (And Other Lies)], and I liked both of them as they were so honest, and so I made the decision early on that I was always going to write truthfully. That didn’t mean that I was going to expose every war wound and every sordid detail, but what I wanted was to try and communicate the truth as much as I possibly could, and in a way that was informative and entertaining.”

“It’s a true story, but I thought that to make people interested in what I wanted them to be interested in, then I didn’t want to write Behind The Music: Part 27, and I didn’t want it to be a score-settling exercise either. I just wanted it to be about my own life, and I thought that the only way to communicate what I wanted was to make it entertaining. It’s not a textbook, and it’s not telling you, ‘Oh, this is how you live life!’, or something… And I suppose that that’s the perennial problem of the writer: you want what you write to cover as many bases as possible and to get out there and be read. Why would you write a book and then say, ‘Okay, I’ve finished it now and I never want anyone else to ever read it’? You want as many people as possible to read it!”

You use the term ‘score-settling’ Lol, and I’d have to say that I recently read Beach Boy Mike Love’s autobiography and it’s all about score-settling and having a go at people, and insisting that he’s right. But your book is nothing like that, and you write about your friends and family and band mates and colleagues with warmth and affection.

“That’s exactly what I wanted. I didn’t want it to be like Morrissey’s Autobiography [that’s the title!], which I quite enjoyed reading until about halfway through, until he started saying, ‘Did I tell you how much I hate so-and-so?’, or, ‘Oh, and did I say how much I hate this guy?’ That’s really tedious after a while, and if I like someone enough that I want to read about them, then I don’t care about that sort of thing: I want to know about how they dealt with things, or what they got up to. And in the end, it’s about taking responsibility for your own actions.”

So much of your book is about your long and lasting relationship with Cure frontman Robert Smith, and while there’s nothing that’s especially insulting or mean about him in it did you maybe send him a copy or chapters as you wrote it, just so that he could check it out and okay it?

“[chuckles] I was completely upfront about it and I told everyone in the band about it, and I think it was 2013 when I said, ‘I’m going to write all about us. I have to and this is what I’m going to do.’ It wasn’t a question of asking permission, as he knows me well enough to know that I wouldn’t write something destructive, because we’re friends. Why would you do that to your friends?… And in May this year, The Cure were in LA and playing at The Hollywood Bowl and I went there to see everyone and I gave Robert a copy of the book. I knew that if he read it and there was something in it that he didn’t like, then I would have got a phone call or an email very quickly, but he hasn’t said anything about it, so I know that he’s fine with it.”

You’ve said that you don’t want your book to be a textbook and be seen as being only a story about dealing with addiction, and yet it is very much about that, so does it make you happy that it could help people who are struggling with similar problems?

“Already I’m getting requests from people who work at facilities that help people with problems like this. I’m getting requests to come and give talks at those places and I’ll happily do that… One of the nicest things happened just this week: somebody from a place like that sent me a photo of their library and Cured was there on the shelves. That means that people who go there and are struggling with alcoholism can read Cured, which to me is one of the greatest accolades. And that was part of it: I did want to help people. Sure, I wanted to do something creative and get my story out there, but I also definitely want to help people. And I hope it will.” 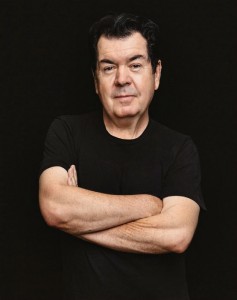 Reading the book also reminded me that The Cure formed in 1976 – forty years ago now!!! Few bands have that kind of staying power and remain together and touring, so how do you feel about that? Now that you’re not quite with them but you are still part of them?

“That’s exactly right, I am still a part of them. The Cure are my family and no matter what happens, they’ll always be my family, and the band is the defining thing about my life. One of the amazing things for me is that I’m doing this tour for the book, and I’m signing copies and sitting for interviews and answering people’s questions, and there are fans that I’m meeting and they’re between 16 and 60. Something about The Cure just seems to resonate with each generation.”

And I just said that you’re not with the band any longer, so is that still right? You haven’t worked or toured with them since you rejoined for a while in 2011?

“No, I’m not touring with them, but I think we all have about 30 years left, so you never know what might happen. These days anything could happen… And after every tour Robert always says, ‘That’s it, I’m never touring again!’, but I know that he’ll be touring with The Cure until the day he dies. And maybe I’ll join them somewhere down the line.”

And finally, what about being a writer? Are you thinking of another autobiographical work, or maybe working instead in fiction?

“Yes, I think so. Writing Cured was the most creative thing I’ve done since being with The Cure, and it energised me in a way that I never thought possible. And it’s nice to get to this point in your life and to have what amounts to a second career, a second act. It’s really been very interesting to me… I loved writing it, and I’ve got three little ideas that I’m thinking about right now, and so when all this touring and promotion is over that’s what I’ll be doing: getting back to the writing… And I’m not going to be giving up on the music too. So many things have been triggered off by this book, and I’m glad, and I’m really not going to be bored.”

Cured: The Tale Of Two Imaginary Boys is published by Hachette Australia. Click HERE to purchase your copy.