Isaac Lomman Comedy Hypnosis! Rewired: His Powers Of Persuasion Will Astound You Into Fits Of Laughter – Fringe Interview 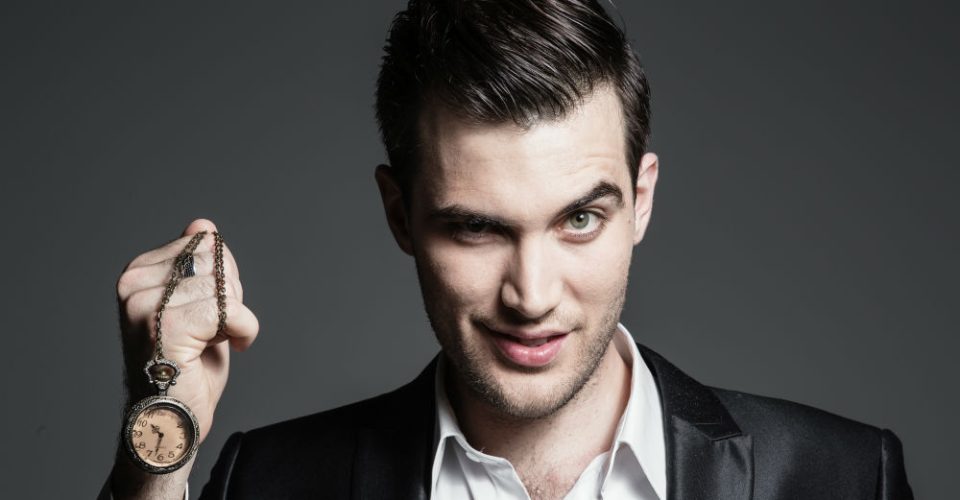 Hailing from Adelaide, Isaac Lomman’s reputation for his stage hypnosis shows has seen him perform corporate events and fundraisers for major sporting teams including appearances on television as he hypnotised members of the Adelaide Crows and Port Power, with hilarious results.

Previous Fringe Festivals saw Lomman performing at The Gov, but has now taken up residence in Gluttony’s The Peacock. In a show based almost entirely on voluntary audience participation, we ask Lomman if he started out as a hypnotherapist-turned-comedian or as a comedian who wanted to mess with people’s minds?

“I’d say I’m a hypnotherapist-turned-entertainer,” he begins. “I don’t count myself as a comedian as such, like those that do stand up having written a wonderful piece that they roll out. I kind of just orchestrate the comedy from my volunteers on stage. I did start out learning hypnotherapy as a way of helping people with self-development, which is how I gained a real respect for what hypnosis is and a bit of fascination with what we can do to achieve more in our lives.

“What started out as a marketing event to promote hypnotherapy by getting up on stage and doing some shows, once I started to delve deeper into the entertainment side of things, I really enjoyed what I was doing and I’ve followed that path since.”

Having previously seen you perform, it was interesting to watch the natural personalities of people, even under hypnosis. There was one scenario between a man and two women. That saw him having feeling for the one on his left but the one on his right was to have a crush on him and, supposedly, kept pinching him on the backside. As annoyed as he was with her, at the end of the night he felt sorry for her and, of his own accord, gave her a huge hug. It was a fabulous finale and a perfect example of his inner personality shining through.

“That was definitely one of those moments in my career that you just can’t write!” Lomman says. “It’s funny how those people’s personalities responded to these suggestions, and the way that it built to that climax. There were three or four times that I would shake the girl’s hand and she would stare at him, but then I would shake his hand and he would believe that she has just pinched his bum. There was that constant back-and-forth right until that moment at the end where he turned to her and gave her that big hug – it was just like an end to a Disney love story or something [laughs]. 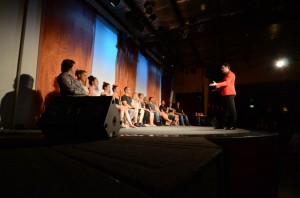 “There’s another skit that I do where the volunteers believe I’m holding $100 bills – although they’re really just napkins. I give them to everyone but one person – who tends to get a bit uppity about it, but often there are those good-natured peo
ple who will reach over and give them some of their own stash, whereas others hide all their money as quick as they can or will try to steal it from others. It’s funny to see those different personalities on display.”

What’s also funny is watching people clamber to get on stage in what can only be described as frenzied madness. Is that normal for your shows?

“Corporate events prove a little difficult to get volunteers sometimes,” he laughs, “but it’s a totally different story during a ticketed event like Fringe. I think people buy their ticket thinking they might like to get on stage, but once I deliver my opening intro and talk about what it is to be hypnotised, it gets people all fired-up to go. I’ve spoken with people after shows that who said that they are going to try to get closer to the stage to have a go at it next time. It’s becoming a bit of a thing now.”

So how does it actually work? Some people go, believing they could never be hypnotised but then to see them on stage, anything is possible. How can you guarantee that people will fall under hypnosis?

“It’s a very peculiar state of being; a trance-like state of tapping into the unconscious mind,” Lomman explains. “There are a lot of different phenomena that you can bring about with hypnosis which is all natural stuff that we do anyway throughout our lives but, as a hypnotist, we bring it into action and put it all in place.

“The sole goal of a hypnotist is to remove the critical thinking of the conscious mind. As soon as I’ve done that, they’re in hypnosis and their imaginations can be fired up; it’s up to them as to how deep or how far they’ll go in terms of what kind of phenomena will come about. But to get into that state, they just allow their critical thinking to be taken away for a time. Certainly, being in a show is a safe place to do it because there are lots of people there so they know no real harm is going to come to them. It’s then up to them to allow their imaginations to take them on this journey that I’m leading them on.” 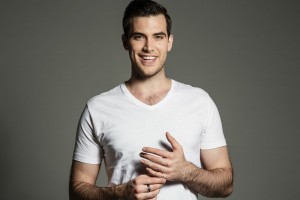 There must be a level of them also losing their inhibitions.

“I do liken the state of going into hypnosis as similar to getting drunk,” he says. “They are still the same person who will, generally, follow the same moral guidelines they would normally – even if they were drunk or not – but certainly they become freer to express themselves and not really worry about what other people think. Sometime people say thing but then will try to explain it away by saying ‘I only said that because I was drunk’ – even though it was something they really wanted to say if they were sober… it just happens to come out.”

It’s interesting seeing people do things you may never consider of them, like a big burly man twerking or something like that. People honestly believe that they are rock stars when you tell them so. Do you create scenarios before your shows or do you just go with the flow as it comes?

“It’s always interesting to see what boundaries people have,” Lomman agrees. “I certainly keep a very clean show; it’s all very much good-humoured, good-natured fun. I do have a set of routines that I want to create throughout the show but often there is a lot of impromptu stuff that I need to react to bring about. I may set off a string of triggers that I can fire off at any point throughout the show – which also comes a large slice of the show.”

Lomman tells us that each of his shows at Gluttony will be unlike the one before it. While he will bring new routines to the stage, as well as different effects and phenomena, it is also brought about by the diverse range of volunteers that grace the stage each night.

“The good thing about this theatre show is that corporate gatherings or even families that want to head out and join in the whole vibe of the craziness of the Fringe but may be feeling a little reserved to do so or are concerned that it may be too adult or raunchy, I want to assure them that this show will be quite unique but is also clean and fun comedy,” he concludes. “There’s no swearing or anything rude, so it’s perfect forall ages.”

Book at FringeTIX on 1300 621 255 or adelaidefringe.com.au. Click here to purchase your tickets.