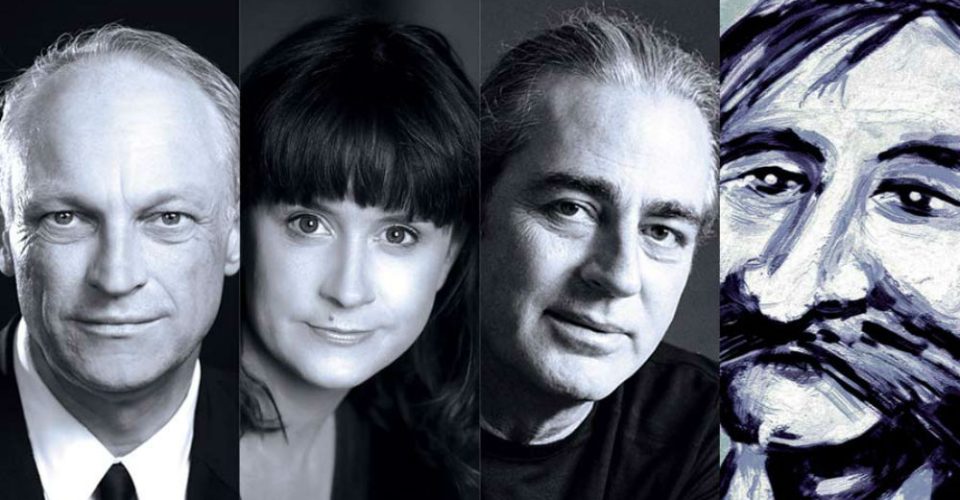 Looking for Lawson is an exciting contemporary take on the classic Australian poet Henry Lawson’s work. Composer and Musical Director John Thorn has taken Lawson’s much-loved poems and set them to music. He is joined on stage by highly respected vocalist and musician Lindsay Field [John Farnham band] and enchanting vocalist and comedic actor Emily Taheny [Mad As Hell, ABCTV], who will bring the work to life at this years’ Adelaide Cabaret Festival.

The Clothesline speaks with John Thorn, via email, and asks him to tell us about the Adelaide premiere of Looking For Lawson.

“Audiences can expect to hear 18 of Henry Lawson’s finest poems presented musically by two beautiful performers with myself on piano. There are some moments of chat to place the songs in a historical context but the show is definitely about his words, and how they still speak to Australians today.”

It’s such a wonderful idea to set Lawson’s poems to music. Where did the idea for Looking for Lawson come from?

“The show came about after I began setting a few poems for a trip retracing Lawson’s childhood and his journey to Bourke in 1892. The response from the first efforts encouraged me to complete a set and, with my background in cabaret, it seemed appropriate to present them in a cabaret structure.” 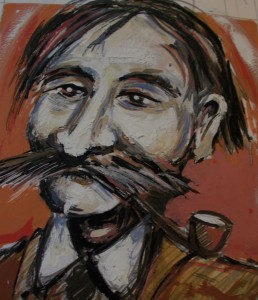 In retracing Lawson’s steps, did you get a sense of what it was like for Lawson in those years?

“That experience was the genesis of the project. A small group of us got to visit locations associated with Lawson, such as his local pub and the offices of the Western Herald, a town paper still operating from the same dwelling that Lawson visited.

“Bourke is a magical place with such great history. It is the birthplace of the Labor movement and was also the centre of Bush poetry, with other poets such as Will Ogilve and Breaker Morant located there in the 1890s.

“I was lucky to revisit Bourke in September 2014 and present the songs for the first time at the ‘Festival of a Thousand Stories’. That trip included The Poets Trek where a small group travelled to Hungerford in QLD, over 200km away, where Lawson walked in the middle of summer. It was bewildering to think how someone could do that walk when there seems nothing out there. The trip stopped at locations where Lawson wrote and we recited poems and stories on the sites there.”

The music you have set Lawson’s poems to has a wide range of influences, from tango to European folk tunes to hymns and Joni Mitchell. Was it important to find an Australian sound in among all these influences as well?

“Lawson has been set to music many times before with the majority of the settings in the Australian Bush music genre. My background is more in the jazz, cabaret, musical theatre and French chanson. There are a few ‘Australian’ style treatments but I was also very aware to take Lawson away from this cliché and show that the words flourish in other genres.

“I also use the odd influence from the Anglican Hymn Book and especially Jacques Brel. Friends I’ve played them to say the collection doesn’t sound ‘Australian’ and with any luck this show might have a life outside Australia.”

Lawson is, obviously, a well-known and much loved Australian literary figure. Did you worry about somehow misrepresenting him, or upsetting his many fans? Was it important to stay true to his memory, or were you more interested in reinterpreting his work for a new audience?

“I had no worry about upsetting Lawson fans and I haven’t had any complaints yet. It is my hope to present Lawson to a new audience but so far all the old fans seem pretty happy with the treatments. Above all I wanted the words to shine as brightly and as affecting as possible.”

This Cabaret Festival performance is the Adelaide premiere of Looking for Lawson, but you recently presented it at the Brunswick Music Festival. How did audiences respond to the show?

“The response was fantastic and I always like seeing the material getting an emotional reaction with tears and ‘ahhs’ from the people in the audience. There are songs in the show that even I can’t get through without a tear or two.”