Lovecraft (Not The Sex Shop In Cardiff): A One-Woman-Science-Comedy-Music-Show ~ Adelaide Fringe 2019 Interview 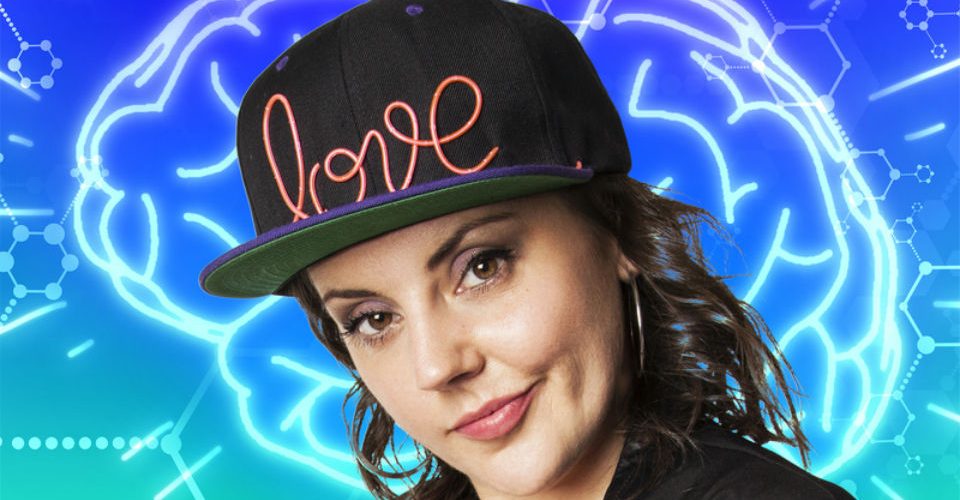 Welsh actress Carys Eleri has decided to forgo some tempting acting roles to write and perform her own show. We speak with Carys via email, and begin by asking her what we can expect from Lovecraft.

Hey! You can expect a psychedelic Ted Talk with Grime, Garage and Power Ballads – all in the name of science, specifically the neuroscience of love. Also, expect a ‘cwtch’, which is a Welsh word for ‘hug’.”

What was the motivation behind moving from acting in other writers’ plays to writing and performing your own show?

“I’d gone from one project to the next for many years and had a ball, but always felt a bit empty at the end. I would portray someone else’s voice and purpose and then onto the next. I felt after years of reading with joy about neuroscience and becoming well read in the field for no reason other than that I was drawn to it, that I knew what I had to say.

“I am a self-confessed love-monger – I really do love my fellow human beings and feel as we’re getting older and more technical, we are communicating less in the physical world together. Science magazines have been discussing the global loneliness epidemic for quite some time, contemplating human’s loss of connection with each other. I’m kind of on a mission to get people reconnected, enjoy and appreciate each other again – to do that through comedy and music makes me very happy.”

How long did it take you to put it all together?

“It took a year and a half from pitching the idea, but I’ve been reading on this subject for around five years for my geeky enjoyment.”

Does the humour in the show stem naturally from your personal observations, or do you have a comedy background?

“It definitely stems from my personal observations on my life as I look back at it through the lens of science – what drove me to some ridiculous situations and mad behaviours. On the other hand, through my acting career, I have often done comedy. My mum gets a lot of mentions in the show – she absolutely cracks me up daily – our house was a very funny place to grow up.”

You have not only written the script but the songs as well? Have you written songs previously or was this a new interest as part of creating this show?

“This is my first time doing it all in a professional capacity. I have often written comedy songs for myself in the past. Whenever I had a break up or something shit happened, I’d try to turn it upside down and see the hilarity in the situation. I suppose it was therapy that I didn’t even know would be good for me or for future me for that matter. It’s only half a verse of my old songs that have made it into the show though!”

There is a wide range of musical styles covered in the show?

“Oh yes. It’s eclectic. Each song is driven by the emotion of the previous story. I never thought in a million years that I would write Garage, Jazz or Grime! It has a few bouts of heavy metal and R&B too. The music producer and I had the time of our lives recording them. There’s a handful available on Spotify and iTunes.”

Is science a sexy thing to write songs about?

“Absolutely! All of our sexual desires stem from the brain. To explore the brain’s sexuality is goddamn gorgeous!”

Can we expect to see Carys Eleri abandoning acting to take on the pop charts??

“Why the hell not? A change is as good as a rest!”

Apart from being hugely entertaining, is the idea of this show to provide some healthy relationship advice?

“Absolutely – I have done ALL of the mistakes so you don’t have to! I’ve been bowled over by the response from people over the last year – male and female. One woman came to me the other day saying her husband had left her – they were both in their 60s and he’d been cheating on her for a while. She said that all of last summer she had a mantra in her head which was ‘What did Carys Eleri say?’ She recalled all of my advice and now seems to be having an absolutely lovely time on Tinder. Her confidence is absolutely infectious. I felt very proud.

“One lovely guy in his late twenties told me that talking about the taboo subject of loneliness so openly really resonated with him so much; he’s now making a huge life choice to move back to be near his friends and loved ones and to pursue the life he wants, not what society tells him he wants. Everybody takes their own thing from it, and it’s all I ever hoped for.”

Adelaide is the only place you will be performing in Australia this time? Where to from here?

“Yes, Adelaide is the only place I’ll perform in Australia this time! So excited! My best mate from Uni moved to Melbourne two years ago so he’s coming to stay and hang with me which is delightful. After Fringe, I’ll be doing lots of festivals over here when I get back, then touring in the autumn.

“It’s winter here at present – so I cannot wait for some sun!!”

Lovecraft (Not The Sex Shop In Cardiff) performs at The Howling Owl from 9.45pm on Tue 26 Feb until Sat Mar 2.