Lowground: A Musical Re-imagining Of Grimm’s Rapunzel At The Bakehouse Theatre – Interview 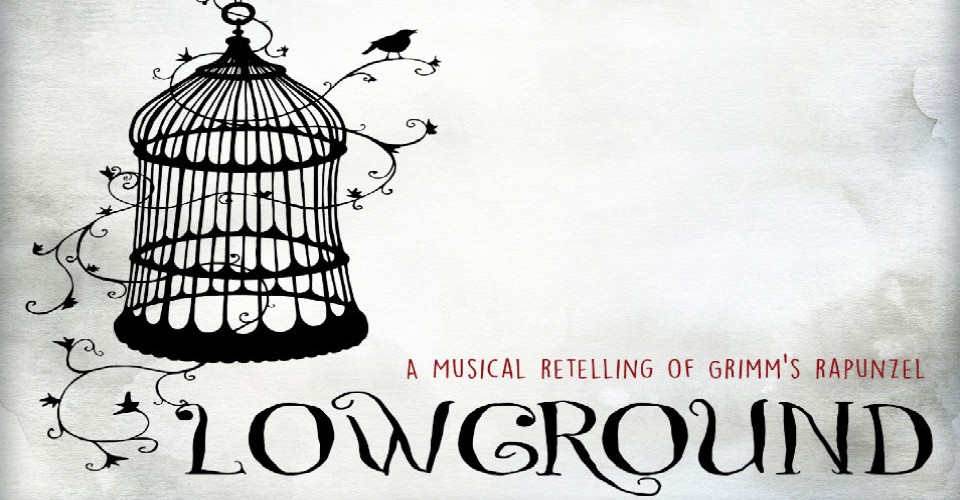 Lowground is an exciting new work presented in an hour of musical theatre that turns Grimm’s Rapunzel into a beautiful, yet dark, folk opera with a medieval sensibility.

We speak to Casey, who also performs the role of the Wicked Witch, and ask when the idea of turning her songwriting skills toward musical theatre first came to her.

“Yes, I normally write songs for myself to sing, but my family loves musical theatre and I’ve always been a fan,” she begins. “However, I had never thought of taking my songwriting in that direction until I was approached by someone to write a witch’s song for a pantomime. The project never eventuated and I was left with a song I liked and that I had enjoyed writing.

“During the writing of the witch’s song I had an idea about a song for a prince; just a few scribbled lines and a scrap of melody.”

So, it started out as a children’s show, but you have turned it into something else?

“Many old fairy tales, particularly those by the Brothers Grimm, have a darker side, so I wanted to include some of these elements,” Casey says. “I did a lot of research and found that there were several slightly different versions of Rapunzel throughout European culture, and so I have used some of these to find my own version.”

This work has been a long time in the making! In fact, you previously presented it as an Adelaide Fringe show. How has this version developed from previous interpretations?

“The 2014 Fringe show was a whirl. I had a core group of six songs, and had decided it was now or never. I needed to do something with the concept; it had already been around for six years, so I took the plunge and it was great. I loved the process and learned so much. We had sold out shows and good feedback, so I was already thinking about where it could go from there. Courtney Robb, who plays Rapunzel, pointed out correctly that we needed a duet, so it was back to the drawing board. That duet took two years to come to life; writing a song with dialogue is challenging and I’m very pleased with it.

“Jonathan Crouch, who plays the narrator, stole the first show, so I developed his character, with more dialogue and songs,” Casey says. “At the same time, I recognised and refined other gaps within the songs, the characters and the overall flow of the storyline. These last few months, as we have moved toward production, we’ve seen the show grow yet again because of the suggestions of the whole group. It is very much a collaborative process.

“We have a new prince in Kacey Guy,” she adds. “He embodies the character of the prince in so many ways; his vocal style and even the way he looks are perfectly suited to the show.”

Casey has penned all of the songs and script herself, with the exception of a poem of hers that has been set to music by Kacey Guy Stephensen. We ask how this collaboration came about.

“The first verse of The Frustrated Prince is taken from a song that I collaborated on with Garth Dutton that I then took in a different direction,” she says. “Courtney and I were analysing the show and she suggested that the poem Jonathan was originally narrating be read by the prince instead. In the context of what was happening around it, it was a great suggestion.

“From there, it was suggested that it be sung, so I talked to Kacey and he offered to work on it and turn it into a song. He plays it on mandolin and it’s fantastic. I love it; it feels so different and fresh, like an island in a sea of my own melodies.”

You have assembled a very fine musical cast to present these songs, but they are being called upon to act parts as well. How is that going?

“There is a new group of musicians playing the score for these performances: Emma Woolcock plays Violin and Cello, Dee Trewartha on Guitar, Kerryn Schofield plays flute and contrabass flute and Shaun Doddy on percussion,” Casey says. “I thought it was important for the musicians to feel fully involved and connected to the show, so we started from scratch and we have developed a version of the show that has a very different musical flavour from the previous one.

“This amazing bunch of musicians doesn’t necessarily feel comfortable acting (myself included) so this question has really been a pivotal point. What line are we walking between a musical performance and a theatrical one? It’s been a real tug and pull but I’m very comfortable where it is sitting. It is a musical performance with theatrical elements. I don’t want too much acting, I’m crediting my audience with an imagination and I trust my songs to give the audience the information they need to get the most out of the show.”

Casey discusses the set design and costuming in Lowground.

“Multi-award winning sculptor Clancy Warner provides a stunning jarrah and bronze sculpture as the major set piece of the show,” she says. “Bianka Kennedy, who has recently graduated in set design and costuming, has been wonderful, not only in helping the show have a great visual coherence but she has stepped up and been a sounding board, advisor and friend in all aspects of the production and we all value her input.

“So, overall, I feel this production is so much more cohesive and entertaining than before – both musically and visually.”

You have a short season of four performances at The Bakehouse Theatre. Are there plans to record the songs from Lowground or perform the work beyond Adelaide?

“Yes, there are plans for both,” Casey says. “The show is being filmed with a view to applications for festivals, and there are definite plans to record the songs. I have a recording of Under Milk Wood by Dylan Thomas that I regularly listen to, not that they are comparable but I want to be able to listen to the show as a piece and to have a solely audio version of it.”

Lowground is suitable for all ages and promises to be an enchanting evening for all.

Lowground performs at The Bakehouse Theatre, 255 Angus St, at various times, on Thu 3 May until Sat 5 May.

Book at bakehousetheatre.com. Click HERE to purchase your tickets.