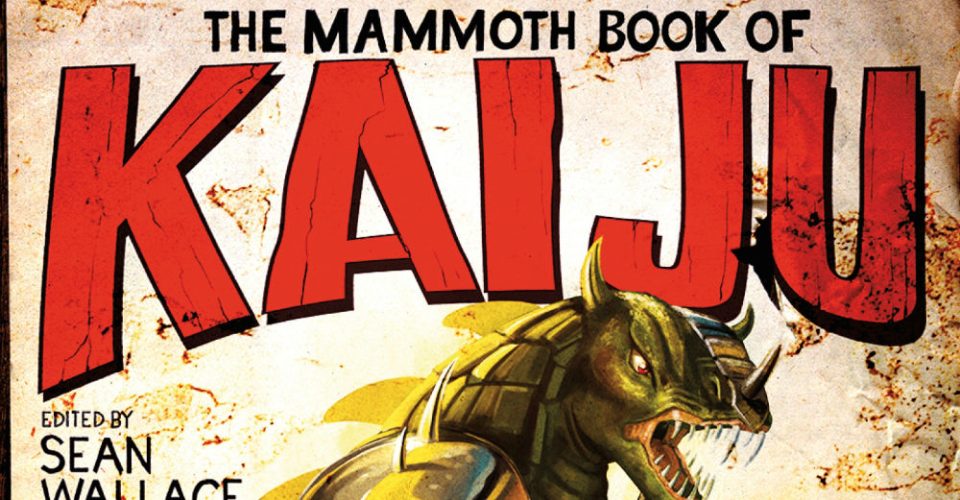 The latest in the rather mammoth ‘Mammoth’ series (which features offerings upon topics as diverse as Sudoku, Westerns, the Vietnam War, Dracula, Shark Attacks, Antarctic Journeys and Apocalyptic SF), this boffo tome should please fans of ‘Kaijū’ (the original Japanese), by which Wallace and Co mean gargantuan, scientifically impossible monsters (although strictly speaking ‘Kaijū’ means ‘strange monster’, and the correct term should really be ‘Daikaijū’, as in giant ‘Kaijū’, but anyway).

After an introduction by Robert Hood that spans movie beasts from The Lost World and King Kong to Cloverfield and Pacific Rim (in which the creatures are actually called ‘Kaiju’), and also mentions H.P. Lovecraft’s freaky Cthulu myths and more, we get into the stories 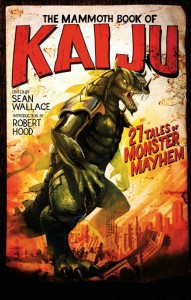 themselves, and they’re a mixed bag indeed, ranging from the straightforwardly scary to the satirically biting to the pretentiously portentous, with many ‘alternate histories’ and elaborately roundabout (and legally cautious) references to Godzilla (King Of The Kaiju) and the original Japanese ‘Kaijū Eiga’ (monster movie).

And highlights include: Lavie Tidhar’s amusing Titanic!; Kane Gilmour’s The Lighthouse Keeper Of Kurohaka Island, one of several tales here that draw in detail from Hiroshima and Nagasaki (which seems only right as Godzilla and many of his bizarre brethren were spawned by radiation); Nick Stathopoulos’ Mamu, Or Reptillon Vs. Echidonah, one of several Aussie outings herein; Emily Devenport’s Postcards From Monster Island, which overdoes the ‘Monsters Are People Too’ stuff; and Frank Wu’s Love And Death In The Time Of Monsters, which contrasts the plight of the narrator’s dying mother with the vicious treatment afforded a stomping Kaiju.

The consecutive Whatever Became Of Randy? (by James A. Moore) and Attack Of The Fifty-Foot Cosmonaut (by Michael Canfield) both movingly use the concept of Kaiju to explore complex emotional subjects (no, really), and yet possibly the best and wittiest piece here is Australian Adam Ford’s self-explanatory and deadpan-funny Seven Dates That Were Ruined By Giant Monsters, which is exactly what it sounds like: a fairly embarrassing list of the protagonist’s romantic get-togethers over the years and how they were all thwarted either by the sudden appearance of Kaiju or the associated science fictional craziness that goes on in a world where (ahem) cock-blocking Kaiju tend to turn up at the most inconvenient times.