THE MAMMOTH BOOK OF SKULLS: EXPLORING THE ICON – FROM FASHION TO STREET ART – Book Review 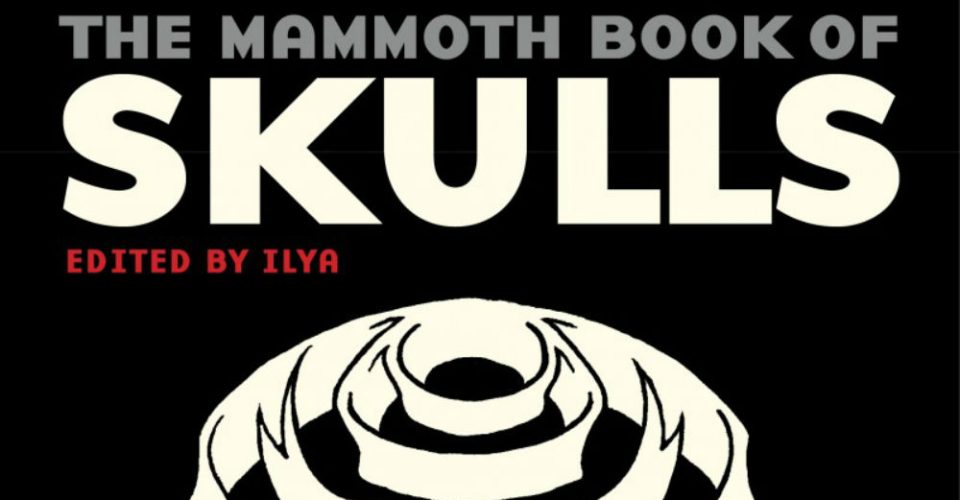 Ilya’s gorgeously glossy volume opens with a discussion about what it is that makes images of the human skull so universally popular and then gathers together a huge assortment of diverse, bizarre and sometimes eerie skull representations from all over the world. 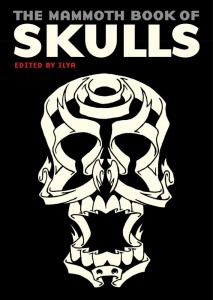 Particular favourites include: Jeph Gurecka’s tower of skull-shaped breads; Beto Janz’s skull accessories, including a striking skull image on a skateboard; Ransom & Mitchell’s ‘arcane illusions & impractical flights of fancy’, mostly a series of creepy and ‘impossible’ photo portraits; Paul Koudounaris’ ‘Empire Of The Dead’, a bunch of photos taken in ossuaries, graveyards and the like; Dead Famous’ slightly dicey selection of aesthetically-pleasing skulls of dead celebrities (Michael Jackson, Bob Marley, Kurt Cobain) and at least one not so dead (David Bowie’s Ziggy Stardust, which is mentioned but remains unseen, possibly for legal reasons); Rian Hughes’ ‘Designer Death’, photos of danger signs and skull-featuring warning images; and Israel-based ‘Klone Yourself’, whose skull-intensive street-art-like creations are unforgettable.

For those interested in purchasing skull posters, skull photographs, skull album covers, skull t-shirts, skull jewellery and anything else that a skull’s ever appeared upon, Ilya offers a series of links and contact details so that maybe you can get in touch with the artists and buy your own skullish merchandise, whether you’re a skull enthusiast – or just a bonehead.

This title is available through Murdoch Books and Allen & Unwin. Click here to purchase your copy.