Mark Holden’s Greatest Show On Earth: You Can’t Take The Family Out Of The Circus – Adelaide Cabaret Festival Interview 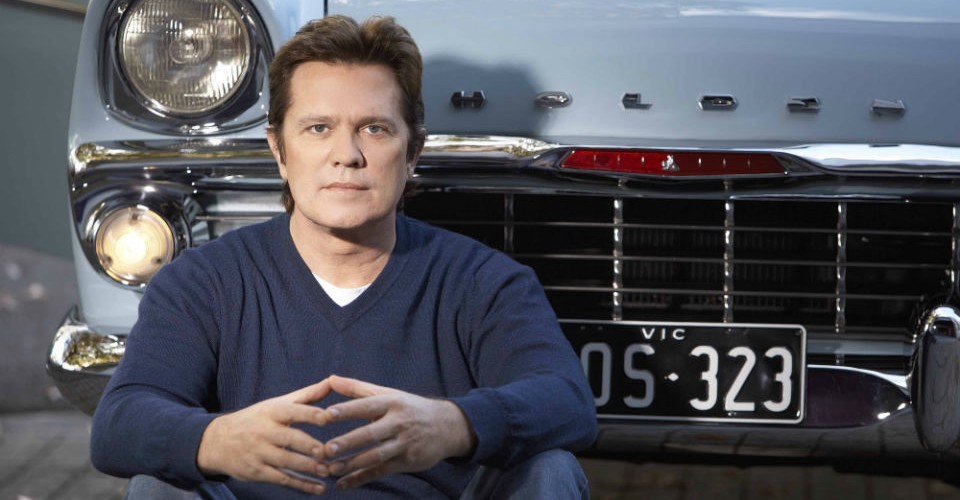 Mark Holden’s life has been so much more that the king of the Australian Idol ‘Touchdown’. A singer, songwriter, actor and TV personality, he once lived the dream life as part of his family’s once-famous Holden Brothers Travelling Circus. Taking inspiration from all of those colourful life experiences, Holden shares songs and stories from his own history and weaves it into that of his family’s circus lives. From Countdown to Australian Idol and Dancing With The Stars to working with great artists such as The Temptations, David Hasselhoff and Vanessa Amorosi, Holden shares the highs and lows, the humour and circus traditions along to a classic footage that provides a alluring backdrop to the tales of his life.

Bián Hickman speaks with Mark Holden, via email, and kicks things off on a light hearted note by asking if the barrister life starting to lose its lustre already? (Is this your way of saying “bugger it, I think I’ll join the circus”?).

“I’m in my 10th year as a barrister and still love having the ticket to stand up in court and fight for someone’s rights,” he begins, “but I must admit it can get very stressful – performing does involve a nervous excitement but I love performing this show – it carries me along in the story telling and lifts me up. Winning a case in court does that too but the down side is you don’t win them all and the legal losses have consequences that a bad show does not.”

The subject matter within this show seems to follow (chronologically) some of your great achievements; does this mean there may be a guest appearance or two from people in these bands/shows you’ve been involved in in years past?

“It’s been a wild ride. I’ve been a part of some the great circuses – like Countdown in the ‘70s,” Mark says. “I hosted the big Royal Silver Jubilee Countdown where Molly asked Prince Charles, ‘How’s your mum?’ It was huge!

“Baywatch was the Greatest Show On Earth when I was working with the Hoff; Idol, The Sydney Olympics and, of course, Dancing With The Stars were all part of my circus life, and then there’s the actual circus my family had from 1890s to the 1950s – The Holden Brothers Travelling Circus – you can’t make this stuff up ! They all played a part and turn up in the show.”

Who was involved in the writing process for the new material? Do you normally collaborate when writing or do you prefer to work alone?

“I had a dramaturge, Glynis Angel, who was brilliant and really helped form the work,” Mark says. “My director Tom Healey also greatly contributed to both the shape and content of this show, and my producer, Andrew Barker, not only put the team together but also helped with input.”

As a producer and songwriter of many years, in your opinion what makes a good song? 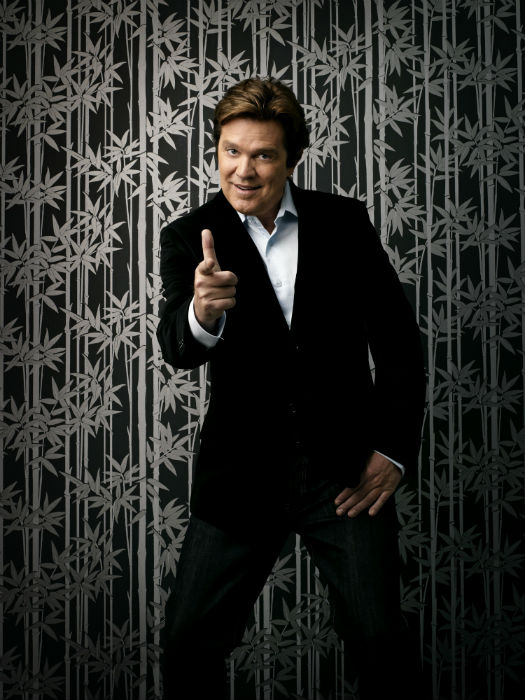 “Magic is the key ingredient.”

For context, there’s a character in Oscar Wilde’s Picture of Dorian Gray named Harry who says “All influence is immoral; to give one’s influence is to give one’s soul and you become a part of someone else’s music.” Some composers would feel that they need to avoid influence while they are writing. Is this something you agree with?

“There is a view now that creators ought to not appropriate another culture,” he says. “If this is the case then The Beatles stand guilty. Every blues song is an appropriation. There are a handful of artists who can truly be said to be original, while the rest of us are lucky to be links in a chain of creations.”

Further to that, there have been a lot of people who think musicians have a responsibility to reflect upon the world through politically influenced lyrics (a philosophy taken from Bob Dylan’s time, perhaps?), whereas Alice Cooper’s philosophy is exactly the opposite, in fact, he said to write a song about your girlfriend instead. Where do you think you stand between these two ideologies?

“I’m about to do a limited release of a CD called Mark Holden – The Lost ‘80s Album,” Mark says. “It’s a collection of songs I recorded in the ‘80s when I was a journeyman songwriter in LA. Looking back on all those songs and recordings I was rewriting the same song over and over again centred on my relationship with my now wife and the ultimate conception and birth of our now 22-year-old daughter Katie.

“Lately, I’ve been writing and recording with my brother Craig under the name Brother 2 Brother [Mark and Craig Holden] on Spotify et al. One is called Mr Berlusconi about the oligarchs Trump etc., and another called Cardinal Pell (recorded prior to Tim Minchin’s Pell song)! They are Craig’s ideas and I enjoy that writing direction.”

What can audiences expect to see at your show? What, if anything, are you most hoping for them to learn? Will there be things that we’ll learn about Mark Holden that we’ve not known before?

“It’s a rollicking ride – songs and tall stories – told to the back drop and history of the Holden family circus,” he says. “You can expect to laugh and cry and take away the magic and enduring strength of family, music and the crazy circus life I have been fortunate enough to get away with for over 40 years!”

What is your favourite moment and/or song in the show, and why?

“There’s a shot I have of my great grandfather Bill Holden and two of his brothers, Jim and Jack Holden, from their cabaret act at the Tivoli Melbourne from sometime around 1880. Two of the brothers are in black face – it’s politically incorrect to the max but a true historical artefact and I riff on that from the current point of view looking back on the 1880 perspective.

“The show features beautiful never before seen moving images of the circus Mervyn Ashton, shot on a 16ml camera in the 1950s when circus was at its height. The Holden’s and the Ashton’s travelled together at various times over the last 150 years, and once the images and the music start playing and I start telling the story the show transports me.”

Click HERE check it out Travel By Train which includes classic footage of Holden Bros. Circus.

Are you finding this a cathartic process, or maybe just an enlightening experience?

“It’s a great pleasure performing this show,” Mark says. “That said I’ve only performed it four times so far, so it’s still brand new. I did an off Broadway warm up performance a couple of weeks ago to an audience and was stoked at how well it was received and how effortless it was once I was up on my feet and performing.

“Launching at the Adelaide Cabaret Festival really is a dream come true; it’s my adventure before dementia! I’m loving it! Bring it on! Craig and I are going to perform in the Green Room at the Festival after my second show on Thu 14 Jun. It’s going to be huge!”

“After the Cabaret Festival we are taking the Greatest Show On Earth on the ACF Regional Roadshow,” he says. “We’re teaming up with Rotary to raise money for Romac Celebrating the 30th Anniversary and the 500 children from the Pacific brought to Australia for life saving surgery.”