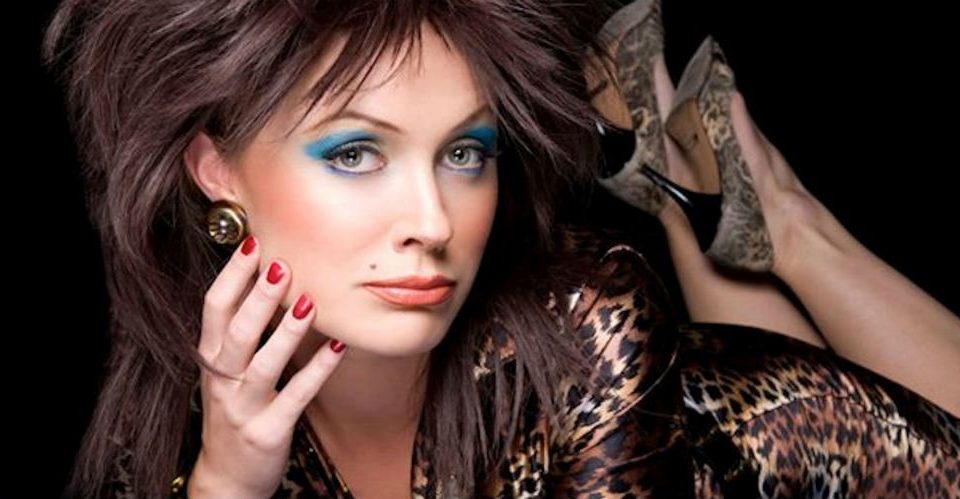 Following on from her 2010 Adelaide Cabaret Festival debut show, Rosa Waxes Lyrical, Russian-born Rosa Waxoffski returns to Adelaide with her new show, Hair To The Throne. The larger-than-life beautician has been treating audiences to her beauty tips and songs in Edinburgh, London and New York and Rosa has had a range of television appearances including The Circle, Sunrise and The Cricket Show.

The brain-child of Marney McQueen, Hair To The Throne is co-written with Tim Bain and directed by Adam Cook and is the full body experience from the celebrity bikini waxer and 2015 Eurovision Song Contest hopeful.

We speak with Rosa Waxoffski between her waxing treatments and ask if she is able to fit in any of The Clothesline readers prior to her Adelaide shows?

“I would like to say yes, but my appointment book is chock-a-block,” she replies. “Honey, I’m sorry. I am very busy. The President of the United States of America comes to me for his ‘Barack, Crack and Sack’ waxing and for his regular spray tanning as well.

“Pauline Hanson is also a client. Her political career is in the wilderness but, just between you and me, so is her lower half! I have never seen so much red carpet without Richard Wilkins standing on it!

“Her Majesty over in the United Kingdom, she is my client too,” Rosa adds. “She suffers from a very serious affliction. You may not have heard of it but it’s called ‘hairybeaverious’. Once again, that’s just between you, me and people that read your lovely little magazine. I noticed this affliction one day when we were skinny dipping there in the Princess Diana Memorial Fountain and I looked over and said, ‘God! Shave the Queen!’”

Do you have any Adelaide clients? 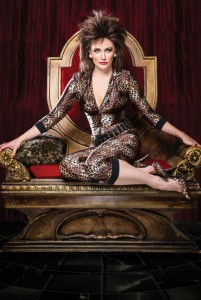 “I do have one client from the Adelaide. He is a German dancer named Hans. He wears the hot pants. He comes to me regularly. He keeps me very busy. I am always very hot and sweaty following my treatment with Hans.”

Rosa continues to name drop her famous clients with all their waxing treatments and she happily volunteers some free hair removal advice.

“Number one beauty tip is that you have to be careful of the shaving,” she declares. “Waxing is the way to go. It is my preferred method of hair removal. With the shaving and with the clippering for all the men that do the man-scaping, you have to be very careful because the hair may come back ever thicker and more annoying than John Farnham on another come-back tour. And no one needs that!

“I am all about the waxing and I am all about the men doing some voluntary rubbish removal,” Rosa says. “For some men the rugged Tom Selleck look may work, but too many think this is the look for them. There are so many hairy bears at the picnics that could do with some de-forestation.”

Rosa had a prickly childhood in Leningrad, Russia, but was very determined from a young age, becoming Russia’s Junior Calisthenics Champion in 1979 and the first runner-up Miss Leningrad 1983. She moved to Melbourne in 1984 and tells us about how the pubic hair fashions have evolved since.

“When I moved to Melbourne I learnt very quickly why they call Victoria the GardenState. I used to be a fan of the natural look many years ago until this experience. After the natural look we moved to the landing strips. I saw some landing strips that you could park an A380 plane on. Then over time there were the Brazilians and then the bejazzling. I have seen it all. That is all past tense now. I am looking forward to telling my viewers about my new technique when the people come to see me live on stage.”

Rosa is joined on stage in Adelaide by Boris Longschlongadongski.

“Boris Longschlongadongski is Russia’s biggest pianist,” she says. “I have worked with him before. To be honest he is just as much of a hindrance as a help. He is a nice man and good at playing the piano, but I have to carry the show myself. I have to lift him up for the ride. He is very lucky to be performing with me.”

You had a campaign to bebAustralia’s first entrant in the 2015 Eurovision Song Contest. What do you think about Guy Sebastian being chosen?

“I think it is a very nice thing. I think it is wonderful,” Rosa replies. “Closer to the time, though, I wouldn’t be surprised if Guy Sebastian may come to me for a waxing treatment and may or may not accidently choke on his own fur ball, making him unable to compete in the Eurovision Song Contest. Keep it quiet though as it will happen. I have something special prepared. I have written a song about my experience of moving here to Australia as a divorcee from Leningrad, St Petersburg. It is ready to go at Eurovision if they call on me to perform.”

How do you think you would go in the Eurovision Song Contest?

“I am going to call on my old boyfriend from High School, Vladimir. Apparently he is very high up in the politics there in Russia,” she says. “I will ask him to wear some little shiny pink hotpants with sequins and some nipple tassels just like he did at our High School Prom. I won’t need to give him any waxing prior to his performance. He has had permanent laser hair removal. He is very proud of his appearance. Not a hair out of place.”

Marney McQueen performs Hair To The Throne at Space Theatre, Adelaide Festival Centre, from 10pm on Sun 7 Jun and from 7pm on Mon 8 Jun.