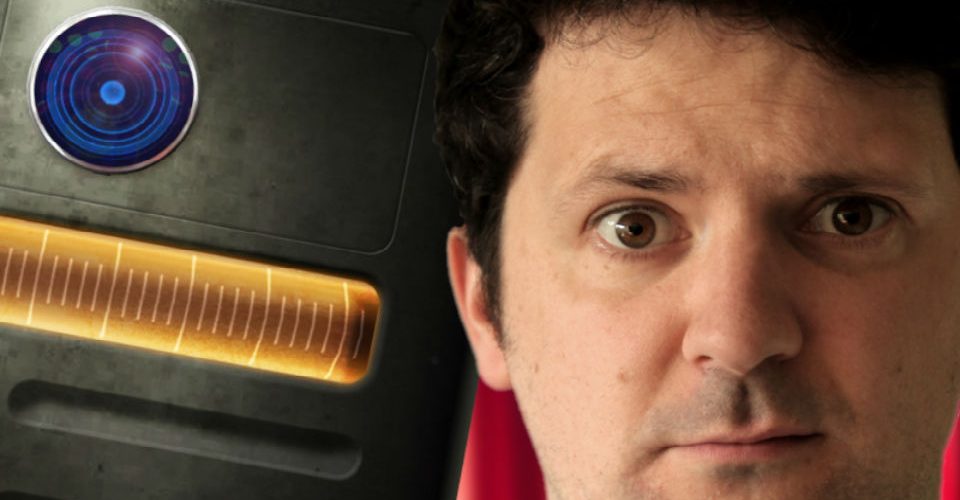 Matt Vesely is a South Australian writer/director who has directed a number of successful short films, has worked as a writer across TV and film, and become a skilled storyteller. In 2014 Matt was the recipient of the Colin Thiele Scholarship for Creative Writing. In 2016 and 2017 he worked on ABC Comedy series The Weekly With Charlie Pickering. He also likes to perform very normal stand up comedy.

We speak with Matt, via email, asking him if he knows what he’s got himself in for.

You have some experience as a stand-up comic, having made the State Final for Triple J’s Raw Comedy competition in 2013 and 2014, winning Adelaide Comedy’s Rising Star Award for Best New Comedian 2014, and were nominated for Adelaide Comedian Of The Year in 2016. But, will George be ready?

“George assures me that he’s got it under control, but he won’t show me any of his material. He wants it to be a surprise. I told him that he doesn’t need to surprise me, that I’ll be there doing the show with him every night, but he’s really keen to impress me. He once wrote a 16-billion character-long piece of code to try and make his light-up eye flash Adelaide Crows colours during football season. It didn’t work, but the effort was there.

“It makes me a little nervous, not knowing what’s going to happen, but he’s a robot, right? Robots are infallible machines that do not make mistakes. Well, except for HAL [HAL 9000 from the Space Odessy series], who ended up trying to murder his crew, but I’m sure nothing like that is going to happen. Please buy a ticket.

“George normally works at a convenience store as a shop attendant. This is really his big chance to get out of the shop and do something fresh and new that doesn’t involve selling beef jerky, so I imagine he’s taking it very seriously. He came up with the title for the show himself, which I think is a pretty good indicator that he’s not messing around.”

What can people expect to see and hear at your show?

“People can expect a pretty normal stand up show. Very normal… except there’s a refrigerator-sized immobile box doing half the jokes! He can’t move but he’s got some flashing lights which he describes as ‘very high tech doo-dads’ – I assume that’s a joke, but it’s hard to tell sometimes with him. I mean – it’s not hard to tell, I’m sure his jokes will be great.

“George does have a pretty weird laugh though so hopefully he doesn’t laugh at his own jokes, that might freak people out.”

Is there any particular secret to understanding robot humour or will the audience get it immediately?

“I wish I could give you more info on whether robot humour translates to a human audience, but as I said, he won’t show me any of it until opening night. He keeps dropping the word ‘relatable’ into random conversation though, so I guess that’s promising.

George’s firmware is also a post-singularity piece of artificial intelligence. So, by definition he’s self-aware, at least.”

Are you frightened of George stealing the show or do you have some tricks in reserve to keep him in his place?

“I’m doing this for him. He can go nuts, steal the show, whatever. I didn’t really want to do a Fringe show; I wanted to keep playing Red Dead Redemption 2. Sometimes, you make great sacrifices for your friends.”

Do you like to involve the audience in your shows? Do people need to come prepared?

“I don’t think punters need to stress about audience participation – they should be ready to just sit back and enjoy whatever wild ride George has come up with. Besides, George never shuts up; you can never get a word in edgewise.”

“There is a robot in the show. That will either be what people enjoy most about the show, or the very downfall of the show. Or maybe both!”

Can we expect to be offended by crude humour, violent stage activity, nudity or political correctness?

“George’s programming blocks him from being able to swear. He’s a very sweet guy. Me, on the other hand – I do swear a bit. There is some adult themes in my comedy, but in the grand scheme of things I don’t think anyone’s going to get offended.”

Do you expect to see any robots in the audience?

“George is very difficult to move. He’s heavy and doesn’t have wheels. If anyone else manages to drag a giant robot into the National Wine Centre for the sake of an hour’s worth of comedy, I’ll be very impressed. We’ll save them a spot up the front.”

Is there anything further you would like to bring to our attention?

“It’s going to be a strange, fun, silly show. It’s also pretty sweet. It’s about friendship and being okay with who you are, no matter what you think might be wrong with you.”

My set might feature some discussion of mental health issues which people might want to know going in – but I assume George’s won’t. Because he’s a robot. And, as he keeps assuring me, he’s definitely not broken.