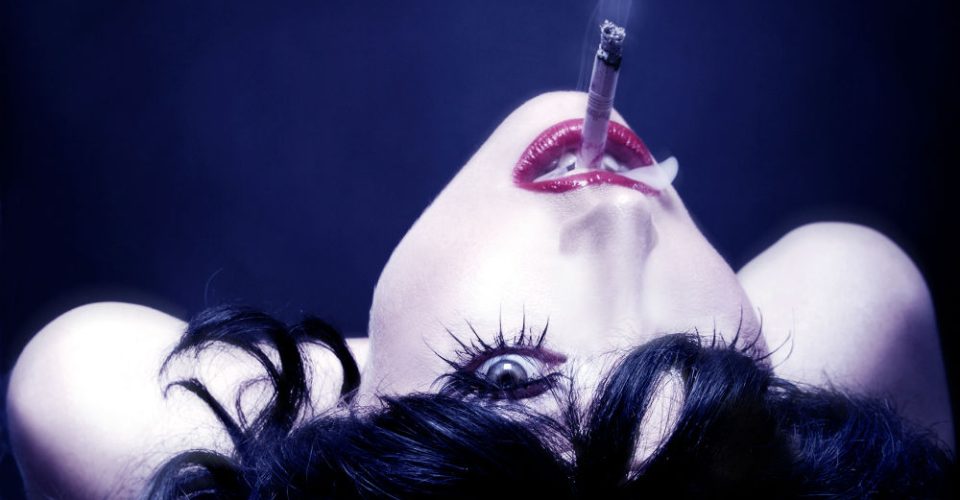 By special request of Artistic Director Barry Humphries, hence the title His Master’s Choice, Meow Meow – the Queen of Kamikaze Kabaret – is returning to the Adelaide Cabaret Festival with an intimate evening of songs of Weimar Germany. Meow Meow, one of Australia’s most loved cabaret doyennes, has performed across the globe is some of the world’s most famous theatres, as a solo artist and with some of the greatest musicians and composers this planet has to offer.

MeowMeow is Portland, Oregon, as we speak, recording an album with Pink Martini.

“They’re an extraordinary band; absolutely beautiful,” Meow begins. “I’ve been writing songs with composer and band leader Thomas Lauderdale; he’s a marvellous collaborator. Thomas makes me write joyful music and doesn’t let me get too dark. Whereas Iain Grandage, the other composer I work with, let’s me go extremely apocalyptic!”

Meow Meow is performing on stage with Iain Grandage during the Adelaide Cabaret Festival.

“He’s a musical genius,” she declares. “I write most of my songs with Iain, who is a most ridiculously in-demand theatre composer and orchestrator. He’s wonderful because he’s really immersed in all genres – opera, lieder, ridiculous pop, and folk, and it’s a privilege for me to drag him up on stage. Iain is very adept at the world of Weimar and the Weimar repertoire which for me is super important. It’s an era that I really love, and I’m continuously on a mad, obsessional journey with the music from that period of the twenties and thirties in Germany and Austria, which is also a passion of Barry Humphries.

“I was so thrilled when he asked if I could bring a program of the Weimar repertoire to the Cabaret Festival. There are some good old favourites in there, of course, but I’ve got such a mix of obscure and fantastic songs that it’s lovely to have a niche festival such as this where you can really use it as a forum to bring out those unusual gems.”

Tell us more about Weimar Germany. What is it about that time and place that inspired this show?

“I keep coming back to this period; I feel like it’s just in my bones” Meow says. “The music is so varied and thrilling because it’s a collision of all the explosions that were happening, both figuratively and literally, in Europe at that time; jazz, the avant-garde, Dada, modernism and futurism. There was a kind of international contingent of artists travelling through places like Berlin, Paris, Barcelona, and Istanbul and picking up sounds from all of these places.

“People were struck with devastation and the physical and psychic 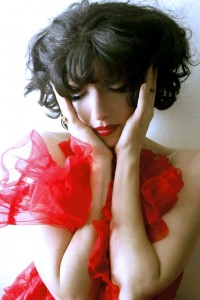 shocks of the first World War. So there’s freneticism with talk about dancing on the edge of the volcano in that period. There’s hedonism and desperation and also a kind of hope. So you’ve got a collision of hope with desperation and that’s all reflected in the music with the Charleston and other fantastic dance crazes for example.

“I also love that period because there’s war in the popular music of the time,” she adds. “It’s not all shiny. It’s got all sorts of characters. A lot of the popular singers of that time, particularly in Germany (and Vienna) were really expressionistic in the way they used their voices. They’re not all crooners; they’re strange and eccentric characters. I think in that period there was a kind of deconstruction – after what people witnessed during World War I, as well as sexual liberation – they started to go bananas. They used to say ‘there’s something in the air in Berlin.’ There were all kinds of theories that there was actually something physically in the air – not quite an aphrodisiac – but something was making people go wild; a sort of creative freedom or daring.

“Back then there were people like Brecht with his political writings, and characters like Lotte Lenya who had the courage to carry political theories through to the stage. There was a sense that you could change the world through music. There are lots of songs from the Weimar period that were about specific figures, social mores, the laws; feminism, emancipation, and in cabaret you can fit all of this into a three or four minute song.”

Cabaret seems very wide in terms of the styles of music it embraces, and the kinds of topics it addresses.

“My definition (of cabaret) is very wide,” Meow says. “Other people have very tight definitions of what it means to them. Some refer to the content; some refer to the intent. Boundary-less would be the ideal. Sadly, I think it too often gets into very safe territory where it’s all just terribly neat, whereas I think cabaret should be the most playful and the most thrilling because you don’t have to stick to a narrative within the show. It’s about you and the audience and of course you try and take them into a kind of fantasy land.”

Meow tells us about the sirens, transgressors, and tragi-grotesques from the world of Weimar.

“Sirens are the femme fatales and the dangerous women, in a popular way, and that is certainly part of that Weimar period. Marlene Dietrich is the classic example of someone playing the ultimate blue angel. Her character Lolo Lola would be a good example of a siren. Transgressors? Well, I think a lot of the best work is transgressive to me – quite filthy some of it! I see transgressors in the sense of musical transgressors, sexual transgressors, social transgressors, and political transgressors. And the tragi-grotesques are people like the performer, Valeska Gert, who did the most extreme expression of dance, or Anita Berber the exotic dancer who wrote plays and poems on morphine about suicide and performed them with very extreme exotic dance. These are the people I’m fascinated by.”

Will there be any of your own material in this show?

“I think we’ll have a little of me and Iain Grandage because we’re both really inspired by that period. I might include a number that Thomas Lauderdale and I wrote for the Pink Martini album which is directly related to the Weimar period.”

What would you say to people to encourage them to come to your show?

“It’s special. I think the whole Cabaret Festival is a very special festival,” Meow says. “There isn’t another one in the world like it and I think that’s why it’s so beloved, because there are some programs that you can’t just do anywhere. It’s a very special gem that Adelaide has. And Barry Humphries is the most extraordinary man. If Barry Humphries says ‘I want this’ then I’m there!”