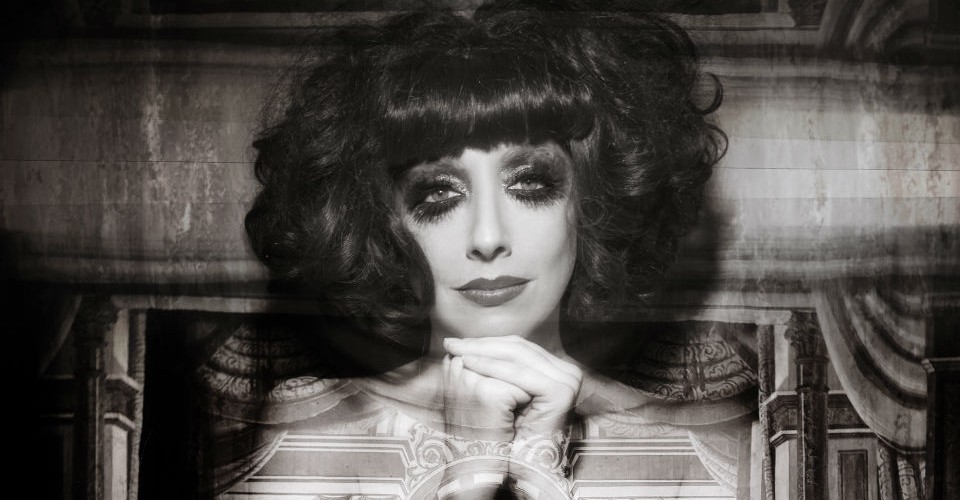 Meow Meow continues to be one of the most intriguing as well as terrifying cabaret performers with her haunting and powerful vocals and erratic comedy. Her 2017 Adelaide Cabaret Festival show, Souvenir, is written as a celebration of circus, cabaret and theatre around the world, including Her Majesty’s Theatre prior to the renovations. The stage is completely uncovered exposing the sides and back almost like the renovations have already begun, which added to the eerie atmosphere. If there were ghosts in the wings of Her Majesty’s Theatre they were woken and celebrated tonight.

The 13-piece Orchester der Kleinen Regiment, led by Jherek Bischoff and August Von Trapp fuses with Meow Meow and the story perfectly and sound wonderful. The children’s choir add some unexpected comedy to the song cycle, but don’t add anything more substantial to the sound or concept. The music would benefit from more variety to sustain the 80-minute performance.

The show does verge on being a bit too pretentious for its own good, but there are some who may get swept up in the poetry and history behind the lyrics of each song. It is also peculiar that an interstate artist has been provided the honour of celebrating the Grand Old Lady of Grote Street.

Meow Meow is a raw and unpredictable cabaret artist who, tonight, presented a beautifully unhinged homage to the world of theatre.

A beautifully unhinged homage to the world of theatre