Mistress Of All She Surveys: An Interview with Michelle Gomez, a ‘Supa-Star Guest’ of Supanova 2016 (Brisbane and Adelaide) 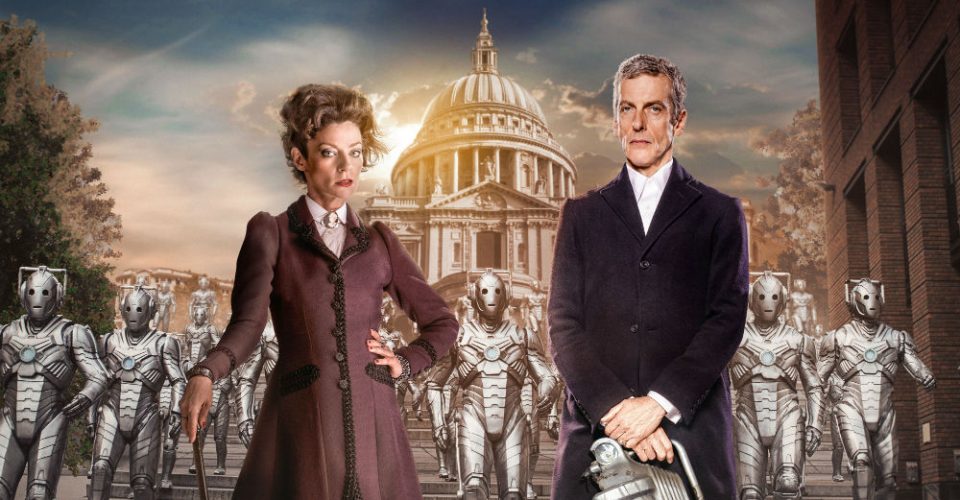 Michelle Gomez, star of TV faves like Green Wing, Bad Education, Psychobitches (!!!), Doctor Who (of course) and now Gotham, recently chatted to us about her work on Who and beyond, how much she enjoys meeting her fans and how good it feels to play bad.

(And please note: SPOILERS!!! Don’t say we didn’t warn you!!! Although I’m taking it that if you’re a Doctor Who fan then chances are you know the secrets that are about to be given away here)

Michelle, you’ve been in movies and on the smallscreen for over 20 years, but it goes without saying that you’re coming to Supanova to primarily meet devotees of Doctor Who, as you rather stole the most recent series by playing the evil Missy. And so does being in Who mean everything changes for you? Does it open new doors?

“Ah, I don’t have to open new doors now: I just walk straight through them! On the one hand, you know, I walk my dog, and I do my shopping, and I call my friends, and everything’s kind of the same, and then I put my Missy costume on and all Hell breaks loose! It’s like living in parallel universe, and while New Yorkers are very cool [Michelle was on the phone from NY during this interview] and keep themselves to themselves, I still know when I’m in the presence of a Doctor Who fan, and they’re really adorable. So yes, I don’t know if it’s opened doors, per se, but I’m certainly having a lot of fun with her.”

I’m uneasy about saying it [SPOILERS!!!] but I’m taking it that almost everyone knows by now: yes, Missy is the latest form of the Doctor’s nemesis the Master [I told you it was a spoiler, so don’t blame me!!!]… 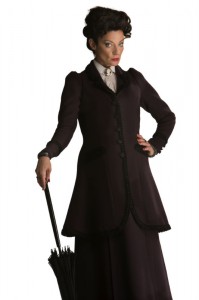 “Yes, the cat’s out of the bag! You’re in the clear and it’s official: the Master’s now a Mistress.”

Were you intrigued or perhaps concerned about playing the part? Or just excited?

“I was offered the part, and then when I started breathing again I just fainted. I couldn’t quite believe that they were offering me this incredible role that obviously comes with a lot of history, and I was very excited to play it.”

Had you worked with Peter Capaldi before?

“No, but we come from the same town in Glasgow, and I used to see him running around the city acting like he was just the coolest guy in town. But now he’s running the universe, and I’m very, very happy to be working with him.”

You’ve played some naughty, crazy and just plain bad characters before, but this one was obviously special, so was it difficult to portray her – or just fun?

“It wasn’t particularly hard as Steven [Moffat, showrunner, writer and producer of the new Who] had done all the work for me, really. He provided me with terrific scripts that read very well… And while I’m not very comfortable in a corset I, nevertheless, put the costume on and didn’t have much else to do. All I had to do was say it as it was all there on the page, and it wasn’t difficult, it was a joy, because the evil, bad roles are always much more fun and you just get to be outrageous.

“Missy was so unpredictable and unhinged that I really didn’t have to do anything but just be there in the moment. It was a very liberating role and they don’t come along very often… And while yes, I am playing the most evil woman in the universe, Michelle is having a very good time! And I think that’s probably apparent.”

Do you gravitate to villains and scary roles then? After Green Wing, for example, the answer must be yes…

“Well, with a face like this one, you know, you couldn’t really play anything other than someone who was slightly cursed. I do look like I’m bored shitless but I’m not, and I do just have that default setting on my face! I suppose I’m just born to play witches and bitches, and I don’t remember, but way, way back all those years ago when I was a strapping young ingénue, you know, even then I knew that I was never, ever going to be playing anything but slightly crazed. I’ve got these cheekbones and this ridiculous hair and eyes like Gollum, and therefore it’s hard for a casting director to see me as anything other than a bit mad. I can accept that now [laughs] and I’ve made a career out of it.”

And what about TV’s Gotham? Can you tell us about your character ‘The Lady’? Is she another evil sort?

“Well, the script came through and they were going to be killing me off, and so I got on the set and I literally had four lines and then I fell dead. But then they didn’t kill me and they kept me alive, but I don’t know when I’ll be coming back… And I would like to change the name of the character: I mean, ‘The Master’, ‘The Mistress’, ‘The Lady’. Why can’t I be called Alice?”

And once again we’re talking about villains, so are you being offered any straight roles, or maybe a bit of Shakespeare?

“I have played at the Royal Shakespeare Company and I have ticked that box, and it was a very serious reading of The Taming Of The Shrew. I was literally playing a woman who was being beaten by her husband and it was a very dark reading, and there really weren’t a lot of laughs in that production. And so yes, I am capable of it.”

And have you already done some conventions? Have you sat at those tables and been besieged by fans?

“Yes! I have and it’s just mind-blowing and amazing. No other job has ever allowed me to meet the fans on such a one-on-one basis, and so I have enjoyed the conventions and events I’ve done. It’s another world, and I had no idea that I’d be sitting there with William Shatner on one side and John Cusack on the other! And that they’d both be waving at me! It’s quite bizarre and I don’t quite know what to make of it yet, but it is great fun.”

For more details and to book tickets, head to <supanova.com.au>.