Mid Laugh Crisis: Comedy On The Seasoned Side Of Life From The Petty Four – Adelaide Fringe Interview 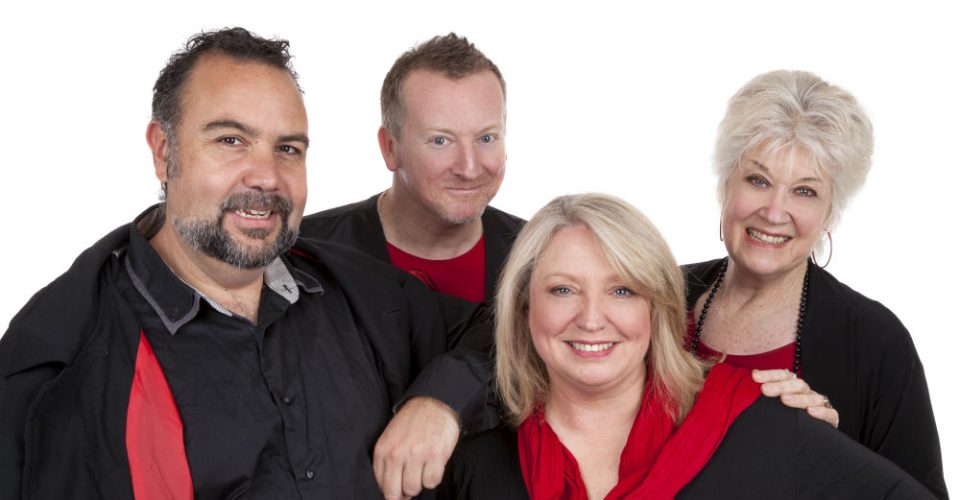 We speak with Maggie Wood via email.

Mid Laugh Crisis contrasts the experiences of two different generations who tend to have kind of a parent/child relationship in terms of age difference. Is that tension explored at all in the show?

“We’re probably a bit close in age for the parent/child dynamic! Some of us do explore the differences and similarities between Boomers and Gen X-ers in our comedy pieces and because we have different experiences of growing up, we look at things from different perspectives.

“We’re all past the first flush of youth, and, with a bit of life experience under our belts, realise that you really do make life up as you go along. The biggest difference I see is that the Gen X-ers are discovering that earlier in life than the Boomers did.”

Tell us about maturing in an immature world? Are there aspects of Gen Y and Millennial culture that you find particularly challenging or deserving of satire or mockery?

“It’s the contrasts that strike me. As Boomers, we are becoming freer as we get older. We haven’t necessarily bought the story we were sold when we left school – that you get a job, get married, have kids and settle down to forty-odd years of wage slavery before retirement and death, and all preferably in that order.

“Some people from the younger generations can ditch that rubbish. They have more independent minds and are more willing to take chances than we were. Of course, others seem to revel in ignorance and shallowness; nothing has meaning if it isn’t wrapped up in showbiz glitz and if you don’t look right (according to whatever ‘cool’ is that week) then you are given no attention or credibility, no matter how valuable your message.

“Some Boomers (like me) are living in a kind of Benjamin Button mode – I was responsible when I was younger and did all the ‘right’ stuff in looking after my kid and my parents. Now the parents have passed on, the kids are up and away and my hubby and I are only responsible for ourselves. Woo hoo – what do we do with all this new freedom?

“I admire the younger people, who are far more sensible and in touch with the real meaning of life than we ever were – good on them – I’m jealous of so much wisdom at such a young age! But now it’s time for us oldies to grow old disgracefully.”

How did The Petty Four get together?

“We are all friends through theatre or comedy. Despite our very different personalities, we have common performance values. I felt we could work well together and that the unusual combination of two men and two women gave us a very good opportunity to offer audiences a variety of perspectives. I suggested to Kim, Nikki and Andrew that we might do a show together and they all totally lit up at the idea.

“After we started to plan the show, Nikki suggested the a cappella aspect as she has quite a bit of experience in that. Kim is a great musical director and both Andrew and I love singing so it was a no-brainer to offer our audiences even more.”

With a blend of personalities, how are you gelling as a group?

“We work incredibly well for such a diverse group. Kim is a talented actor and musical director so he does all the a cappella arrangements for the songs; Nikki is also a talented and experienced actor who is keen to focus on the comedy side of her repertoire; Andrew comes from radio broadcasting and production, and is also an author, so he’s channelling his love of language into his comedy, and I’m a long-time stand-up comic and actor with experience in the production side of things.

“Our personalities are all quirky but we’re working really well together, and we complement each other with our different strengths. We’re very relaxed with each other, which helps a lot, and we can broach even the most difficult subjects with ease. We share a common commitment to kindness, to laughter and there’s a refreshing lack of unbalanced ego.”

Will the stand-up comedy be delivered by all four principals separately, or is there a sketch element to the performance?

“You’ll get four individual stand-up performances and the ensemble element is presented through the songs. We have plans for proper sketches in further shows.”

“In modern media it’s rare to see people over the age of 40 well-represented. In our show we reflect our lives and experiences, and those of our generational peers, back to our audiences in a comedic way. When you can laugh at something it has no power over you any more. Comedy helps people to connect and stop thinking that it’s ‘just them’. They laugh because they recognise the experience and the general absurdity of life, and we think that’s a pretty damn good place to start.”