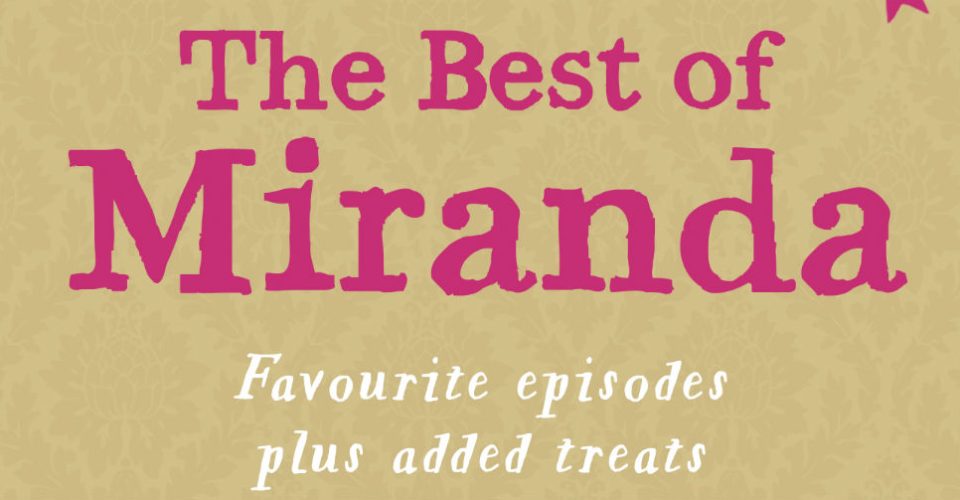 Fans of the TV show Miranda will be familiar with Miranda Hart’s trademark writing style and humour. Hart excels in creating moments of extreme awkwardness and silliness, and every one of the 320 pages in The Best of Miranda is imbued with her unique and hilarious comedic voice.

In The Best of Miranda fans are treated to the original sitcom scripts (with added notes about things that were changed in shooting, or ideas that needed to be litmus tested with the live studio audience) as well as lots of still photos and extra bits and pieces (for example Gary’s recipes, how to make Fruit Friends and anecdotes about the writing and filming of the episodes). With Hart’s favourite episodes hand-picked from the three seasons, you can see the development of the characters and stories. And in reading the script notes, most notably the deletions, you get a real sense of how the parts all add up to the whole. 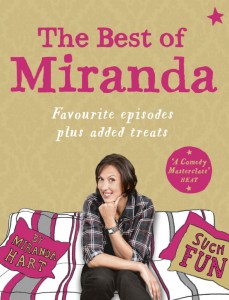 As well as being a damn funny read, The Best of Miranda is a masterclass in writing television comedy. There were many times while reading that I found myself laughing hysterically out loud and having to explain what was so funny to the people around me… The problem is that you can’t explain it without explaining the whole series. The setup, the through-stories and the developing characterisation all add up to the moment of the ‘joke’, which is what makes those moments so satisfying. There is never a cheap joke just for the sake of a laugh: every moment counts and every moment adds up to the bigger picture.

Beyond Miranda’s physical humour and dire social ineptness, these scripts expose the vulnerability of the Miranda character and how closely related she is to Hart. Many of Miranda’s awful moments were Hart’s too and it’s touching to read Hart’s examinations of her own experiences and how they became Miranda’s. Hart constantly blurs the line between character and her own real life to the point that it’s easy to see the sitcom as catharsis for Hart, or at the very least a loving ode to the clumsy and socially awkward among us.

This title is available through Hachette Australia: Click here to purchase your copy.