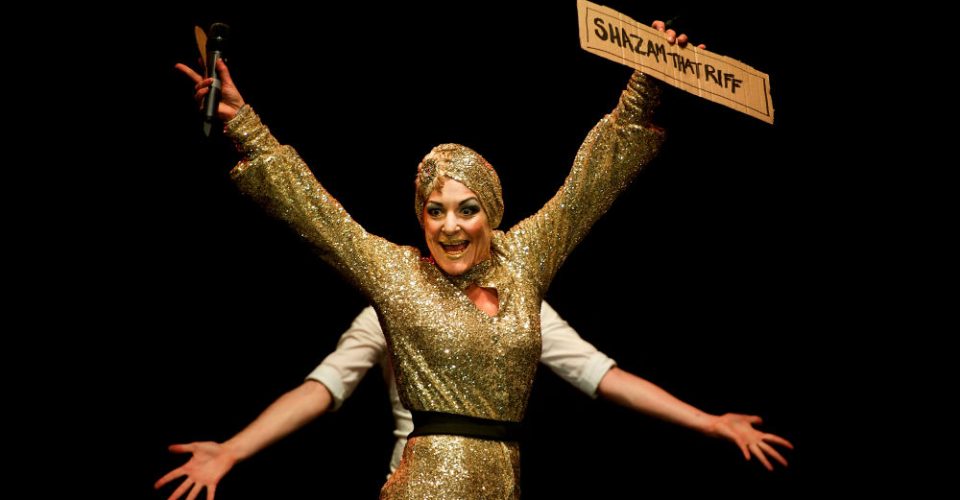 The Adelaide Festival and Fringe are sadly over for another year. Winter is coming. But it’s not all hopeless, as Adelaide audiences will soon be purchasing their scarfs in anticipation for the Adelaide Cabaret Festival. New co-Artistic Directors Ali McGregor and Eddie Perfect have put together a program that doesn’t neatly define what cabaret is, but explores what cabaret can be and what it could be in the future.

One performer steering cabaret into the future is Miss Behave, a.k.a. Amy Saunders, who was last in Adelaide for the 2015 Fringe Festival at the Royal Croquet Club. Miss Behave first performed in Adelaide at The Garden Of Unearthly Delights in 2002 in small $5 sideshow tent developing her craft as a circus performer, and went on to become one of the founding members of award winning popular shows La Clique and then later La Soirée. She is a Guinness World Record sword swallower, as well as a skilful fire eater, acrobat, physical comedian and a dynamic Master of Ceremonies.

The Clothesline speaks with Miss Behave from her home in London and begins by asking what she has been up to for the past year.

“It has been a fabulous year!” she begins excitedly. “After we did Adelaide Fringe we flew back to the UK, repacked suitcases and within 24hours flew straight over to Altitude, which is a comedy festival in a skiing resort in Austria. I thought it would be really funny after doing Australia to take a few letters out and head to Austria.”

Miss Behave talks about her Miss Behave’s Gameshow performances around the world, which include London, Brighton, Edinburgh, San Francisco and the Hong Kong Music and Arts Festival – Clockenflap. We ask her to describe her Gameshow.

“It is a very simple premise, although a lot of people struggle to get their heads around it sometimes,” she explains. “Essentially, I have a gameshow. I separate the audience into two teams; iPhone owners and everybody else. They play an array of ridiculous games against each other and I am the host. People use their phones the same way as they do in real life to compete against each other, as well as play silly games that have nothing to do with the phones.

“I started this show in a sideshow tent in The Garden Of Unearthly Delights in 2014. The very first time I did it the audience went nuts. It was like two rival football teams. I would love to take the artistic credit for the show’s premise, but I had no idea that that was going to be the reaction. It just blows my mind. It is no different wherever you go in the world too. People lose their shit!” 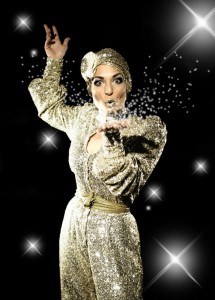 Why do you think audiences love it so much?

“I think it taps into a primal competitiveness that we have within us all,” Miss Behave says. “The other thing is it is competing for points. It becomes apparent very early on though that the points are arbitrary. My terms and conditions are that life’s not fair, I don’t make the rules so people slowly realise that they can do whatever they want. They end up doing all manner of crazy things.

“Something I come across when describing the show is people’s fear about audience participation. For clarity, I am actually not a big fan of audience participation. I can appreciate it when it is done well, but I would hate to be an audience member pulled up on stage, so I wasn’t going to put that in my show. The audience don’t have to do anything if they don’t want and you get a real cross section of how people are within themselves or in society.

“The content is very pop culture heavy and there is a lot of music in the show,” she adds. “We keep it fresh and can react and respond to what is going on in pop culture and events around the world. Since my show in Hong Kong last year, there is probably about 40% new content so that keeps it fresh and relevant. If I get bored I change it.”

During your Adelaide Fringe season you had an assistant who performed the dance from Sia’s Chandelier film clip. Do you still have an assistant?

“I definitely do! The glamorous assistant I currently have is Harry Clayton-Wright, or Harriet as I like to call her. She is a prenominal dancer and it is great that the assistant gets to have a performance piece. It is a very low production value show, until we get to Harriet’s performance piece and then it is full production for 4 minutes.”

It must be great to have a fresh show every night.

“I must say I loved touring with La Clique and La Soirée and it is such a skill to do exactly the same thing every night. You are doing the show justice and you are doing your craft justice, but after 10 years, you might not be doing your fucking mental health justice,” she jokes. “In the Gameshow I know how to start it, I know the format and I know I am not going to lose control. But every show is different and it keeps me constantly entertained.”

Is there anyone you are hoping to see at the Cabaret Festival?

“I’m looking forward to bumping into Dita Von Teese again. We worked together 700 years ago at Erotica in London,” Ms Behave jokingly reminisces. “I am looking forward to seeing Murray Hill and Bridget Everett too. I think Ali and Eddie have put together a phenomenal program this year. I love the illegitimate end to cabaret. It is great that they are expanding people’s opinions. There is so much crazy cabaret going on out there.”

“The main thing is that a lot of people think that it is a very young show, but it is not. I have had an 82-year-old at one show and so many people in their ‘60s and ‘70s love the show. So I invite everyone to come and enjoy it. Come and have a lot of fun with this new vocabulary we all have now.”

Miss Behave will also co-host Backstage Club with Amy G from 10pm on Fri 10 Jun until Sun 12 Jun.
Book at BASS on 131 246 and bass.net.au. Click HERE to purchase your tickets.