Miss Behave’s Gameshow: The Australian Premiere Comes To Royal Croquet Club. Be Sure To Bring Your Phone – Fringe Interview 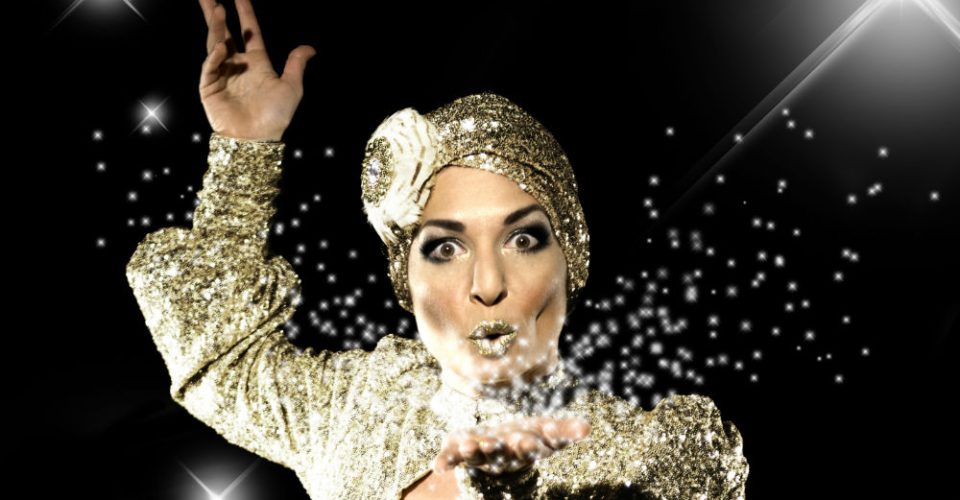 Miss Behave’s Gameshow is a brand new strain of idiocy, fun and chaos from award winning Miss Behave, ably assisted by her glamorous assistant Harriet (Harry Clayton-Wright). A cult hit at festivals around the UK in 2014’s, while literally smashing countless iPhones on the way, Miss Behave is excited to bring Gameshow to the Adelaide Fringe for its Australian Premiere. Part Gameshow/part Variety Show/part Disco… but a whole lot of fun.

Here’s what she had to say on her Q&A.

“Standing on a bar in a pub and shouting at drunken people in the hope of getting their attention. I’ve had worse, but I wouldn’t say it went great.”

“An ability to deep throat and a lack of options.”

“Daniel Kitson because he speaks his truth, calls the shots, does what he wants and produces great work.”

When did you last ‘corpse’ on stage?

“With The Gameshow, every show. The audience makes me laugh so hard with what they come up with, every night.”

Worst: It’s the afternoon in Adelaide. It was 45 degrees outside and I was performing in The Spiegeltent with no air con while wearing a rubber dress. I was a literal tap, then a literal puddle.”

“I can down a pint quicker than anyone I’ve met. And yes, that is a challenge!”

“Richard O’Brien in a posh members club in London. He’d seen me perform, came up and complimented me. I stuttered and stammered, but managed to mumble ‘er, thanks, love your werk’!”

“So many! Most recent was a woman who asked if she slapped her knockers together onstage could she get an extra point.”

What’s the best trick you have up your sleeve?

“Cheer up love, you’re face is so long, you’re making my cock feel inadequate. It’s not. I’ll prove it.”

“3000 Hell’s Angels screaming ‘OFF!’ at me… They were referring to my top. I couldn’t argue. The rest of the set was topless. That was a long time ago.”