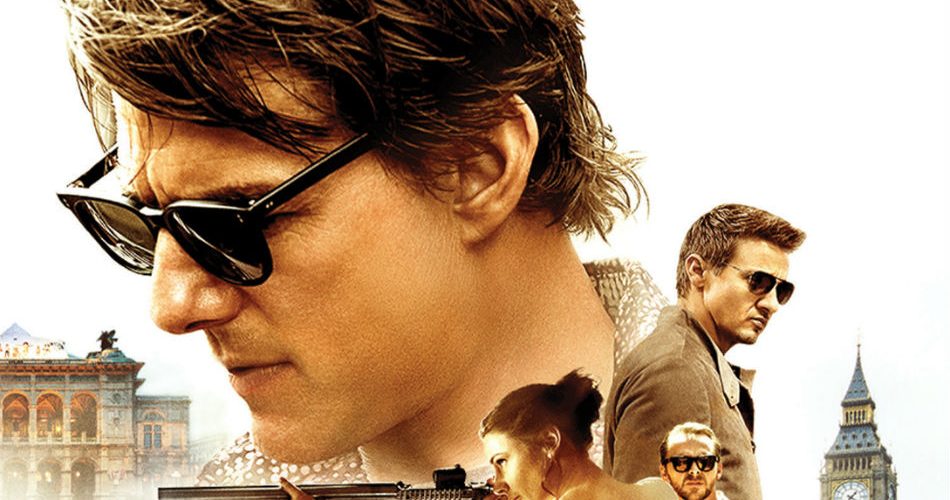 It’s been four years since the fourth M:I epic (Ghost Protocol), and that’s more than enough time to whip up something fittingly and spectacularly silly for this fifth instalment in the franchise (which has been running since 1996, believe it or not). However, since JJ Abrams stepped in to handle the third film, after the incoherent first and the tedious second, everything’s had an overhaul, meaning that there’s more ironic humour, a little less cheese and an attempt to make the action seem more authentic and less FX-ish, so that now star Tom Cruise occasionally looks in real(ish) danger.

After a wacky opening sequence that, in the style of James Bond outings, has little bearing on what’s to follow (and includes the much-reproduced image of Cruise hanging off the side of a plane), we get into the business of how the CIA’s Alan Hunley (Alec Baldwin) wants to close down the IMF (Impossible Mission Force), labelling them all terrorists. However, Ethan Hunt (TC) is off dealing with actual terrorists 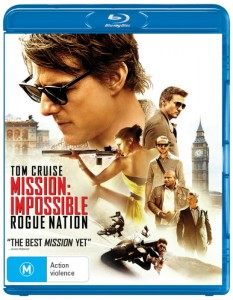 at the time, and as he goes rogue the CIA comes after William Brandt (Jeremy Renner) and Benji Dunn (Simon Pegg standing in for the audience as he basically says, ‘What the…???”, a lot).

Hunt somehow winds up uniting once more with Benji after a series of whopper credibility gaps, and after a striking setpiece backstage at the Vienna Opera we meet the can-she-be-trusted-or-not? Ilsa Faust, as played by the unfamiliar but cool Rebecca Ferguson. Is she part of the mysterious and murderous ‘The Syndicate’? Does she plan on killing Ethan, and maybe Benji, Brandt and Luther Stickell (series regular Ving Rhames) just for good measure? Why doesn’t Ethan do away with her right away, or is he concerned that there wouldn’t be much of a movie if she didn’t survive? And why does she initially wear such an impractical dress and heels when she knows she’s surely going to be running down London streets and jumping off buildings too?

Written and directed this time out by Christopher McQuarrie, who Cruise must trust after he directed the star in Jack Reacher (and had a hand in writing Valkyrie and Edge Of Tomorrow as well), this unsurprisingly falls apart into its final act, but the getting-there is pretty damn fun, even though you know full well that Ethan Hunt is impossibly indestructible, untouchable and even just about unscratchable. And, um, spoilers?