Mother’s Ruin: A Cabaret About Gin… An Exploration Of The History Of Gin, Wine, Women And Song at Adelaide Cabaret Festival 2016 – Interview 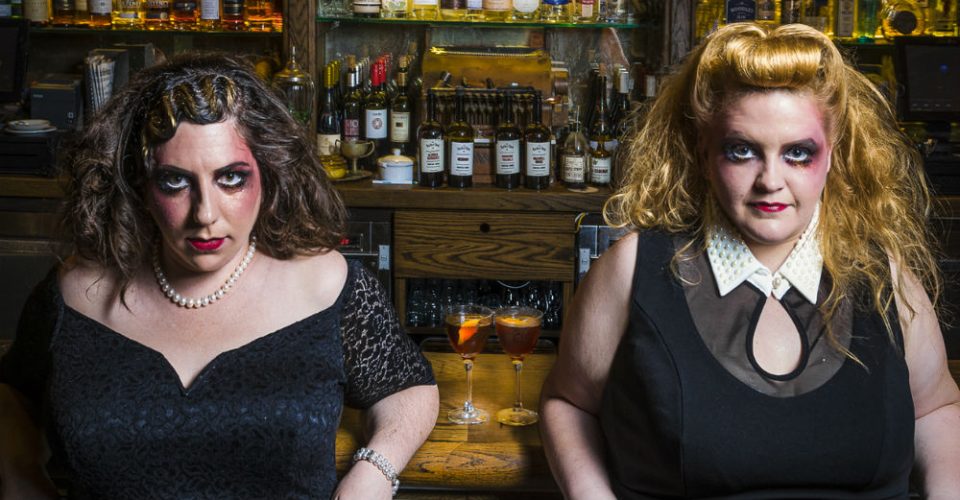 Maeve Marsden has been treading the boards as a cabaret director, producer and performer since 2009. With business partner Phoebe Meredith their company, Blackcat Productions, received the Best Emerging Company in the 2012 ArtsHub Awards, both Critics and People’s Choice and her successful show, Lady Sings It Better, has enjoyed sell out performances and been highly acclaimed both in Australia and at the Edinburgh Fringe. Maeve’s work highlights her complete dedication to women’s issues and it is with great anticipation that we await the debut of her latest creation, Mother’s Ruin: A Cabaret About Gin at this year’s Adelaide Cabaret Festival.

We emailed Maeve to learn more about the show, and suggested that this was a fabulous topic for a cabaret show! Why hasn’t it been done before? Or has it?

“We’ve seen a bunch of cabarets that reference gin, but I haven’t heard of anyone writing a cabaret directly about the history of gin the way we have,” Maeve begins. “Gin and red wine seem to be the on stage drink-of-choice for a lot of cabaret performers. There’s something theatrical about them, perhaps. I think we hit on a particularly lucky or serendipitous connection in having the opportunity to work with Elly Baxter aka The Ginstress. She brings a charmingly nerdy enthusiasm for the history and her knowledge was the starting point for our research. A lot of cabaret is personal or focuses on current politics. It’s been a fun challenge to work with history in bringing this show to life.”

This print [left] played a role in the push for reform at a time when Gin was known as the ‘opium of the people’, a serious social problem in 18th Century London, and one that affected families – women and children, the most. The title of your show originates from this period. Do you draw connections between past and present issues affecting women in this show?

“Hogarth’s work features prominently in our show, as does that historical era; indeed this idea that gin is a woman’s drink or a woman’s downfall is a major theme throughout,” Maeve says. “How does a beverage become gendered? What political and social shifts have shaped gin’s reputation and production? I don’t want to give too much away but our show aims to challenge some of the assumptions we have about that era.

“In terms of discussing issues facing women, we haven’t focused too much on the present, but we have selected stories through time that feature women and gin; that’s how we narrowed down centuries of material, by focusing on the idea of Mother’s Ruin and how it’s evolved.”

How much historical research did you need to do and how is this evident in the show?

“We’ve done quite a lot of research and Elly already had a lot of knowledge,” she says. “All our characters are based on true stories, though we’ve taken a lot of creative licence in the retelling and interpretation. We really needed to take all that information and fact and place it in a fun, cabaret space, where history isn’t so concrete. That said, anyone intrigued by the stories of the Count and Countess of Cinchon, Ada Coleman and Kitty Burgess, Judith Dufour and her friend Suzannah, or Merle Thornton and Rosalie Bognor can find out more after the show with a little googling.”

Clearly, gin wasn’t always about the ‘ruination’ of a social structure – what other periods and places does your show cover?

“We look at the 1700s in England, yes, and then at how tonic water was invented, so colonial Peru and India; we touch briefly on prohibition in the US and the early 1900s in England, through Ada Coleman and Kitty Burgess who worked at The Savoy Hotel at that time; we also explore the ‘50s and ‘60s and the exclusion of women from Australian pubs, and we wind up in the present, where gin is having a major boom in popularity and production. Time-wise the show jumps all over the place!”

Maeve discusses the contributions made by Libby Wood, Elly Baxter and Jeremy Brennan in bringing this show together?

“It’s been an incredibly collaborative process,” she says. “Libby and I have been working together for six years now so we have a real rapport and shared vision for our work. We spent a lot of time together reading and chatting about gin (and drinking it, of course). With Elly’s research we whittled down the eras and stories we wanted to focus on, all bringing ideas to the table for how we could interpret those stories.

“As Musical Director, Jeremy has shepherded our musical style, drawing together our ideas and making sure the ‘set list’ builds and has its own musical narrative; cabaret, for us, is first and foremost about the songs and about the stories we tell through song so the shape of the music is very important. 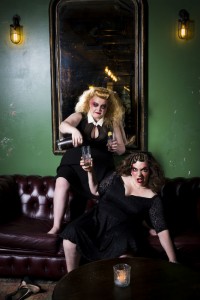 “So, as the scriptwriter, my role has really been working with our Director, Anthea Williams, to tie all these threads together. The facts, the songs and the dialogue we’ve improvised or written in workshops; my goal is to make it all fit together, while still allowing for the creative mayhem you can get away with in cabaret.”

Your work in Lady Sings It Better is well known for highlighting misogyny and sexism in popular song. How important are your song choices in Mother’s Ruin?

“We selected songs for this show with the same care as we do Lady Sings It Better, but we had broader ‘selection criteria’, as it were, as Mother’s Ruin is less directly political,” Maeve says. “We looked for songs that referenced gin and motherhood, firstly, but then sourced any songs that we felt served the emotional impact or mood of a particular scene. So we’ve ended up with a real mix, including songs by Amy Winehouse, Kurt Weill, Nina Simone, The Pretenders, Merle Haggard, Peggy Lee, Jessie J, The Popes and more. A lot of amazing songs about gin ended up on the cutting room floor because even though they were wonderful they didn’t serve our stories.”

What can audiences expect from Mother’s Ruin?

“Without a doubt, the show has some big singing in it, with a whole lot of harmony,” she says. “Our collective humour runs through it, with a bit of nerdy wordplay and a bit of slapstick. And a lot of stories about gin! We hope the audience will leave with a renewed appreciation for the complexity that can be found in the history of a simple drink, that they’ll look at the assumptions we make about history and realise there’s always more at play. That said, I hope the lingering sensation is that they were moved and entertained.”

Will there be gin?

“Yes! Our Adelaide season is sponsored by Four Pillars Gin, which is delicious.”

What’s next for the show? Any other works in the pipeline?

“After Adelaide, we’re taking the show to Melbourne Cabaret Festival, then both Lady Sings It Better and Mother’s Ruin are touring to Tasmania for Festival Of Voices,” Maeve says. “We hope to tour Mother’s Ruin more extensively next year but nothing is locked in so far.”