MOUNT BUGGERY TO NOWHERE ELSE: THE STORIES BEHIND AUSTRALIA’S WEIRD AND WONDERFUL PLACE NAMES by Eamon Evans – Book Review 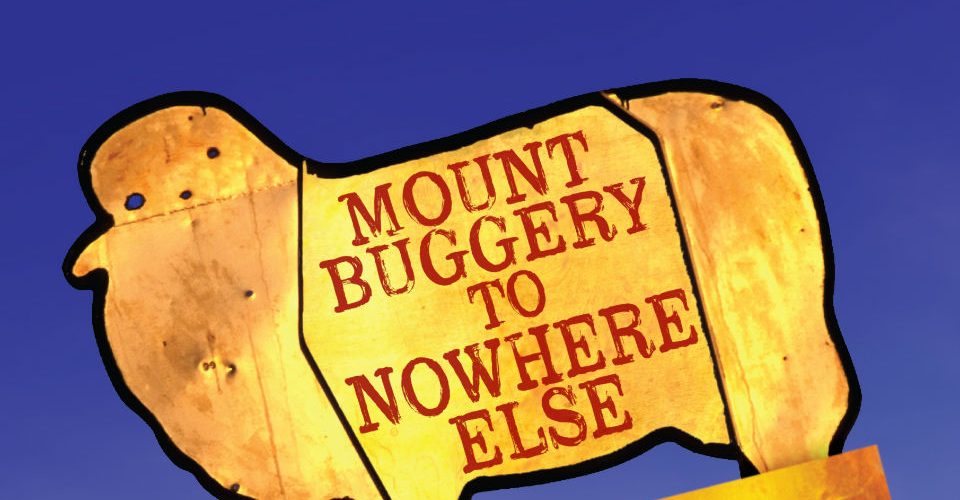 Author, blogger and general wit Evans’ latest book continues with his funny interest in weird Australiana (check out his previous offering, Great Australian Urban Legends, for similar Ocker hi-jinx), and features a state by state rundown of some of the most distinctive place names on the Aussie map (along with some general historical stuff which he tries to make amusing too, and it just about is).

Particularly saucy faves of so many include: Dancing Dicks Creek (“Who was Dick and why did he dance”?, Eamon asks) and Governors Knob, NSW; Bumbang Island and Spanker Knob, Victoria; Bum Bum Creek and Mount Breast, Queensland; Tanina in Tasmania (one of many names supposedly 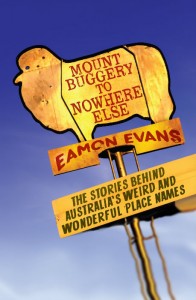 And yet the bizarre and inexplicable place names Eamon digs up are equally intriguing: there’s Doganabuganaram, NSW (a bloke once stayed there with a dog and a bug and a ram, apparently); Monkey Creek, NSW (so named as koalas were once called ‘monkey bears’); Wards Mistake, NSW (which has a whole welcome backstory); Chinkapook, Victoria (which might have something to do with feet); Snobs Creek, Victoria (again, it’s all about the history); Who’da Thought It Hill, Queensland (the reasons for that one are now unclear); and the colourful Breakneck Hill, Dead Mans Pass, Harveys Return, Lake Massacre and Mamungkukumpurangkuntjunya Hill in South Australia (and that last one is another apparently indigenous term that once meant ‘Where The Devil Urinates’!).

Throw in helpful assorted descriptions of where such seemingly dull names as King Cross came from (that’s named after the massively obese Edward VII, who liked to bathe in champagne and had a specially designed ‘royal sex chair’), and you’ve got a fun read guaranteed to please punters from Tom Uglys Point to Big Dick Bore.