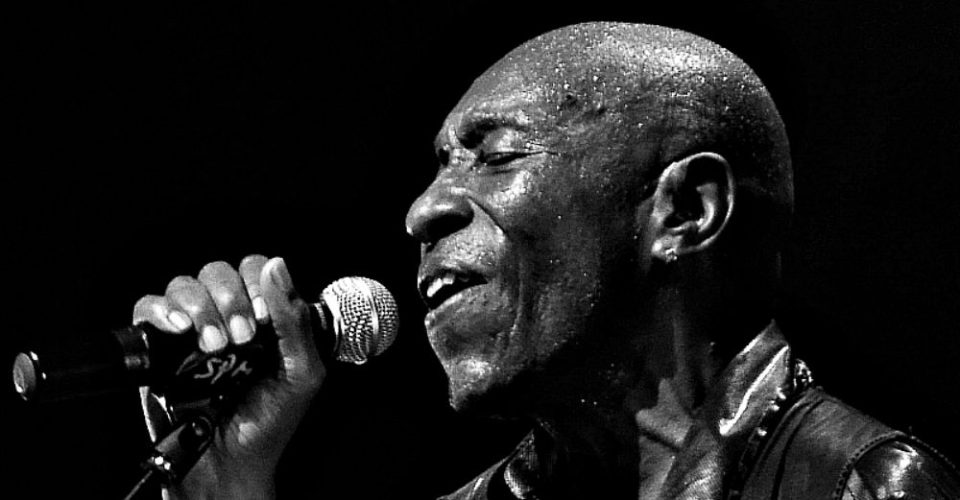 Movin’ Melvin Brown has been entertaining audiences worldwide for decades, having toured the US extensively at the height of the soul era among the likes of Stevie Wonder, James Brown and Lionel Ritchie, and has been performing at the Adelaide Fringe since 2000.

Movin’ Melvin returns this year with three different events: Me And Otis, a singing/dancing tribute to Otis Redding; The Tap Dancing Preacher, a gospel music performance inspired by his experience growing up in the black church; and Tap Into Health, an opportunity to learn how to tap dance and get healthy in the process.

Melvin is a joy to speak with as he joins us by phone to chat about what he has in store for the Adelaide Fringe. His big infectious laugh is “a cross between Louis Armstrong and Sesame Street’s Count von Count” as he tells us about his Fringe shows.

“The show that I’m doing at Nexus is called Me And Otis, which is about Otis Redding. Some of it’s not his original stuff, ’cause its stuff he covered, but I think there’s also some unusual things that a lot of people didn’t realise that he did. And then I’ve got some original stuff that I wrote, that I think is in Otis Redding’s style also, because I wanted to stay close to that style, close to that feel. Pretty much singing, dancing, some comedy, but more singing than anything.”

Are you having fun here in Adelaide so far?

“Oh yeah, oh yeah. I have fun when I come to Adelaide because it’s like going home, you know? Adelaide is Austin, Texas’s sister city, so there’s a lot of similarities, so when I get to Adelaide I feel like I’m at home.”

You’ve performed with some legendary people, and I’m sure you have some great stories. Is there anything you’d like to share with our readers, a particularly fond performance memory?

“Well, there are stories with James Brown. One of the best stories, I think, is that we had a hit song around 1968 or so, and we did a tour of the south in the United States, and we stopped at a university to do a concert and the group that actually opened for us was Lionel Ritchie And The Commodores! I worked with B.B. King, and – everybody was good people to work with, I think, well, now, James Brown was a little problem for everybody but, you know, he was the Godfather of Soul, so [laughs] but he did the music, you know?

You’ve been doing Tap Into Health. Tell us about that?

“The website is tapdanceintohealth.com, and the kick-off of that was the book that I wrote, Simple Health And Happiness. I was touring that in the States, and did a lot of TV, and they were calling me the ‘entertainer/health and fitness guru’ [laughs]. But I put that together because for a long time I had a big homeless project that I was working with in Austin that I put together called the Change This World project, and I started to work with children and elderly people, and I started thinking of building a home for the two together.

“Then I started researching to do my book, Simple Health And Happiness, and I realised that every ten seconds a person dies from starvation, and I thought, well this is the most immediate need, so I put this program together, Tap Into Health, and when they said every ten seconds someone dies from starvation, on the other side of that, the same thing can be said in the modernised world for people dying from strokes, heart attacks, and cancer.

“But I’ve realised when I was doing the research that they’re both so related, because they’re both nutritionally based, so I thought, well, I’ll put this program together, and I’ll sell the program to people who are not eating well and having all of these health problems, and I’ll take some of the money and donate to help people who are not eating at all, and the idea was to bring both of these groups of people to the middle of the boat.

“Simple Health And Happiness came out of the fact that people come to my show at times and they ask me, ‘Where do you get the energy to perform like that?’ and they ask, ‘How old are you, anyway?’” [Note: Melvin’s website says he was born in 1945.] “I was always telling people what I do to stay happy and healthy and everything and I thought, well, maybe I should just write a book and that way I can give the book to them when they come [laughs]. The objective of that whole system is to bring people to health and happiness, and I think that if I get people to look at the book, or if I get them in with Tap Into Health, I’ll get ‘em there.

“And of course, it’s for all age groups and, when we did the last one, we had one little girl who was 21 months old, and she was there, and then we had another lady who was 91, who was also there, who was kickin’ at 91, so it’s a program that works for everybody to Tap Into Health, to tap dance, a fun way to exercise. Basically, what I want to do is to help put people’s lives back in their hands, and out of the hands of the food industry, the medical industry and all of these other people. Tap Into Health is such a fun thing. In Perth, we had the whole big area covered with people tap dancing and just having fun, and we have two shows here at Fringe.

“I have my other show, which is The Tap Dancing Preacher. Basically, always in my shows I would do some gospel, and people seemed to be so entranced by this, so I thought, well, I saw what it was really like, growing up inside the black church, but when we grew up, when you went to church, you didn’t just go and sit and listen, you went and you participated, and everyone was singing and dancing and having a great time. I think it’s kind of unusual, so I take a trip inside the walls of the black church when I do that. This is only the second time I’m doing that show. We did it in Edinburgh and it brought the walls down, so I’m like, ‘Okay!’

“I’m looking to have fun with people here in Adelaide also, to give a little different part of what I usually do.”

Is there anything else you’d like to tell our readers?

“I’ve come to have fun with Adelaide with my shows, and so far it’s worked so well, the people come out, and I’ve got grand support from Adelaide. Me and Otis is a completely new show; it’s the first time out, and last night the house was full and everybody was rockin’, so I’m thinking, ‘Okay, we’re going for it, then! I’m on track, we’re having fun!’”

Movin’ Melvin Brown Presents Me And Otis at Nexus Venue from 7pm until Fri 11 Mar.
Book at FringeTIX on 1300 621 255 and adelaidefringe.com.au. Click HERE to purchase your tickets.

Tap Dance Into Health With Movin’ Melvin Brown at Adelaide College of the Arts – TAFE SA from 11am on Sat 12 Mar.
Book at FringeTIX on 1300 621 255 and adelaidefringe.com.au. Click HERE to purchase your tickets.

Movin’ Melvin Brown: The Tap Dancing Preacher plays at Flinders Street Baptist Church from 4pm on Sun 13 Mar.
Book at FringeTIX on 1300 621 255 and adelaidefringe.com.au. Click HERE to purchase your tickets.